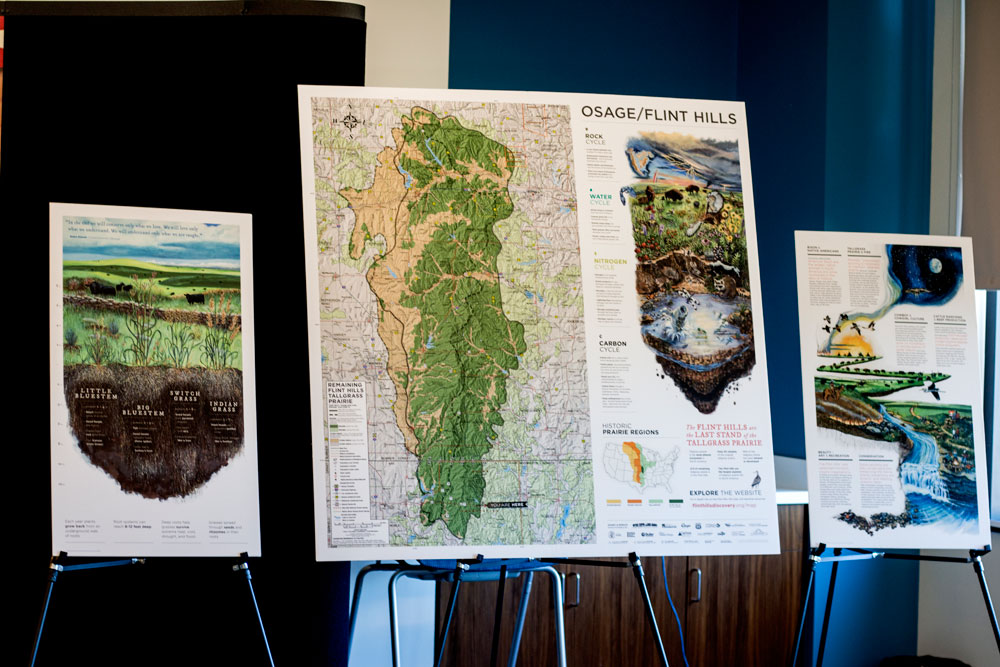 Educators in Osage County can now teach their students about the unique environment of the Osage Flint Hills and Tallgrass Prairie through one-of-a-kind maps and literature.

At no cost to eligible schools in the Osage Flint Hills region, they can apply for the educational maps which shows the territory that spreads northward into Michigan, as far south as central Oklahoma and as wide as the state of Kansas, according to a release. The Osage Nation Reservation is situated in the southern region of the Flint Hills where much of the unique tall grass prairie ecosystem exists.

Debra Atterberry, Strategic Planning and Self-Governance Analyst, said in the release that the Nation assisted the program by providing historically correct Osage information and funding.

According to the release, four area schools were outfitted with the maps, as well as the Osage Language Immersion School, Da-Po-Skah Ahn-Ko-Dah-Pi (Our School). The Osage Nation Interpretive Center, Osage Nation Education Department, Pawhuska Business Development Center and the Tallgrass Prairie Preserve also received the map exhibits for their buildings.