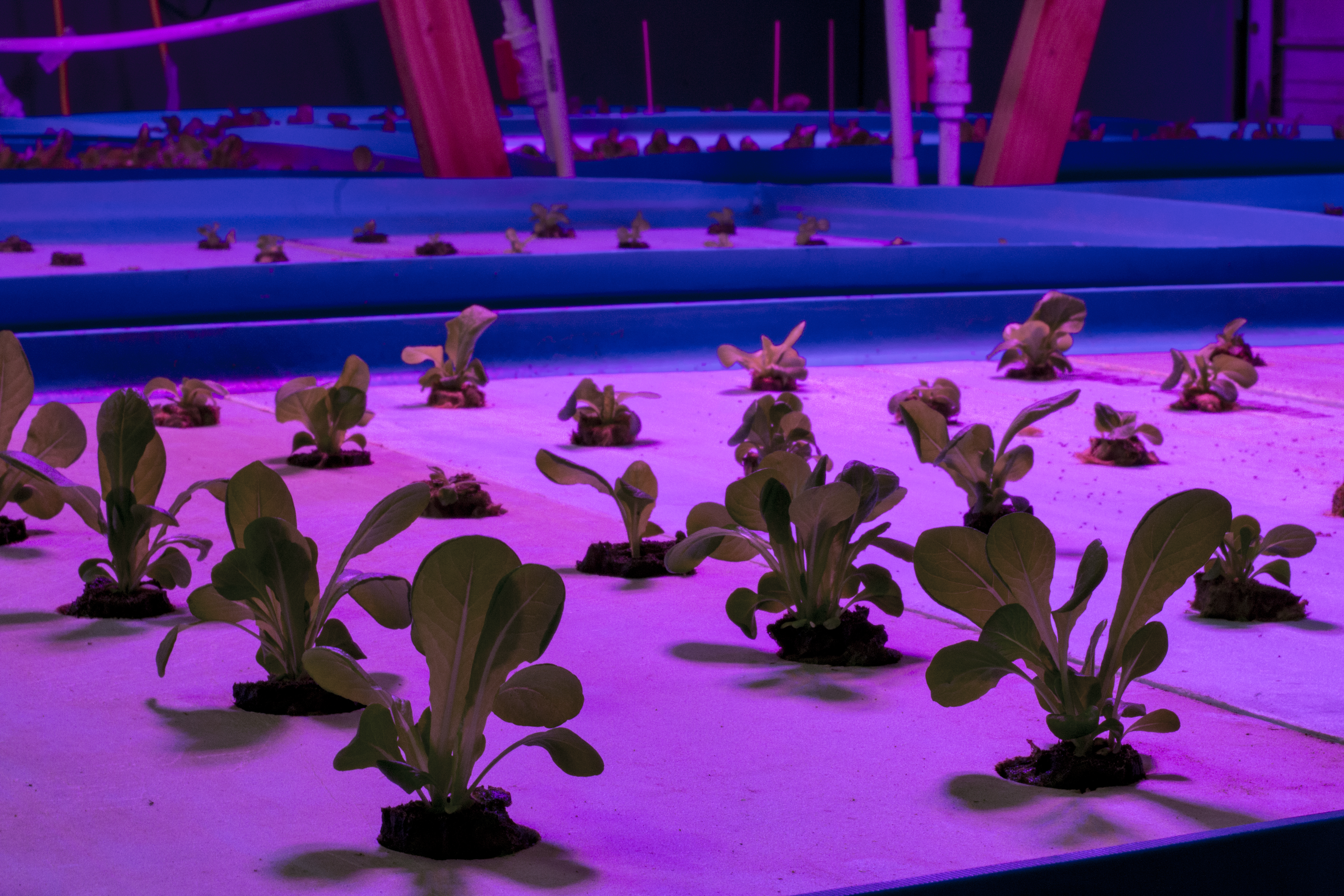 What was first announced in 2014, has become a reality. The Osage Nation’s Aquaponics Facility is successfully growing herbs, vegetables and catfish through its unique system.

Aquaponics is a four-step system that uses a water recirculating process to grow and harvest plants and farm fish, according to Urban Organics, Growing Power Inc. Using wastewater from the fish, the water is pumped from the fish to an upper tiered gravel bed where the bacteria breaks down the impurities. Nitrogen is left in the water to feed the plants growing on lower level tiers, which further filter the water. Every nine months the fish used, usually tilapia but some growers have begun to use yellow perch, are ready to be harvested.

All the produce that has been grown in the facility is being ready for transport to Bird Creek Farms where it will be replanted.

Some facts on aquaponics, according to Homestyle Aquaponics include:

Check back to the Osage News website for updates on Bird Creek Farms and the Nation’s Aquaponics facility.