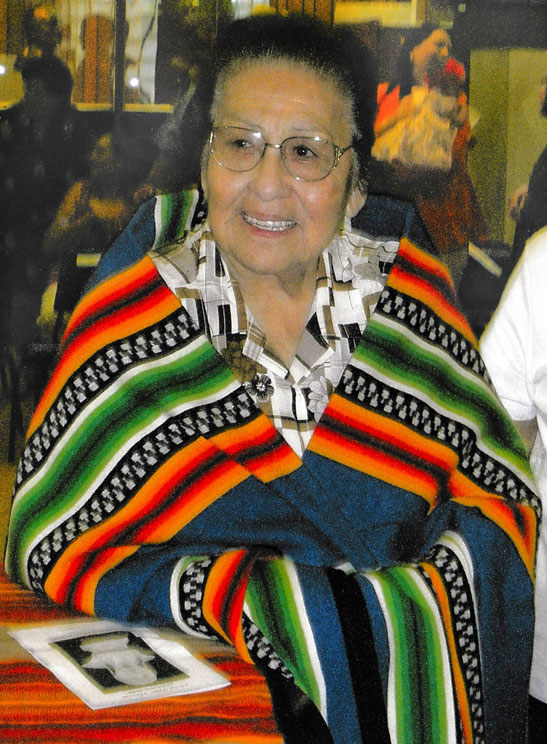 Marie Vivian (Hamilton) Hight, 90 years, of Apache, Okla., went to be with her heavenly father on Monday, May 15, 2017 at Comanche County Memorial Hospital in Lawton, Okla.

Vivian Hamilton-Hight (Hum-Pah-To-Kah) was born on September 28th, 1926 in Hominy, Okla., to Ira and Elizabeth Pratt-Hamilton. She was the maternal granddaughter of Henry and Josephine Pratt and the paternal granddaughter of Amos and Marie Hamilton. She lived in Hominy until 1968 when she moved to Apache. She was a proud member of the Osage Nation and was of Acoma Pueblo descent.

Vivian was of the Zon-Zo-Li’n district, Deer Clan, and from the Black Dog and Nom Pa Walla bands. She was a member of the Native American Church in which, her father and grandfathers were prominent Roadmen. She belonged to the In-Lon-Schka Hominy District. She was an active participant of the Kiowa-Apache Blackfeet Society. She enjoyed listening to the songs of the Fort Sill Apache Fire Dancers. Like her father, she was an avid fan of the University of Oklahoma. She was especially proud to have two of her grandchildren recently graduate from the university. She also enjoyed cheering on the Oklahoma City Thunder. In her spare time, she liked to create ribbonwork, make shawls, sew, and, of course, read her newspapers. Vivian was a loving and protective mother and grandmother and had a very strong inner spirit. There will be an empty space in the hearts of those that loved her. She will be missed.