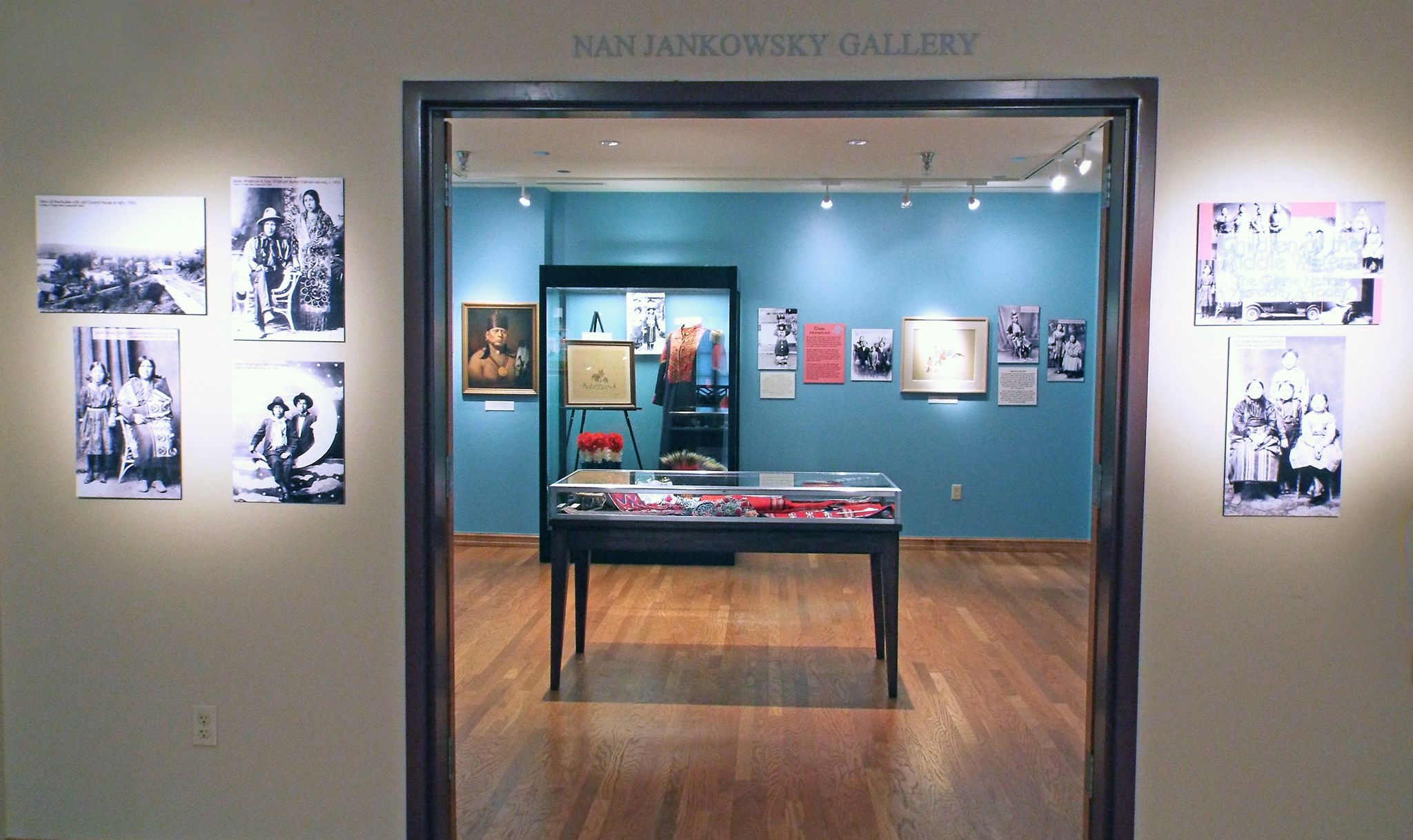 The Tulsa Historical Society & Museum has debuted an exhibit that focuses on the Osage. The exhibit will be on view until February 2018.

As one of three American Indian nations whose land intersects in Tulsa, the Osage People have had an important impact on Tulsa and northeastern Oklahoma since relocating to the area in 1872, she said. This exhibit is comprised of historical objects and photographs as well as traditional and contemporary Osage art from the ONM’s permanent collection, she said.

“The Osage Nation Museum is honored to loan materials from our permanent collection to the Tulsa Historical Society. Collaborations such as these allow for a greater audience to be reached and in turn allows for a greater understanding of the Osage people’s history and culture,” Winter said. “The Osage people have a wonderful history that coincides with Tulsa’s and it was only fitting to display such an exhibit there. It is our hope that patrons of THS will want to learn more about the Osage people and will visit the ONM in Pawhuska. We would like to extend our deepest thanks to the team at THS for helping to coordinate such an exhibit.”