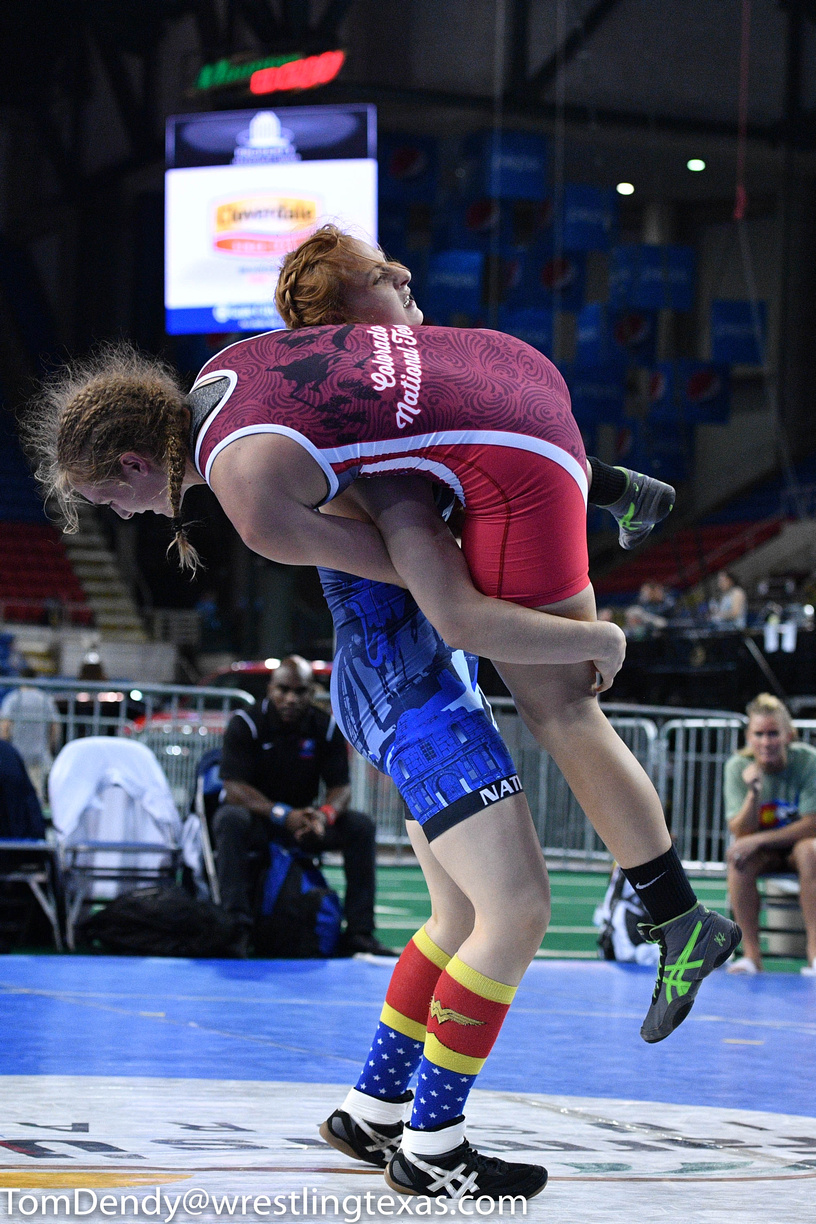 Osage wrestling powerhouse is conquering Texas one title at a time

Hunter Robinson is a sixteen-year-old powerhouse on the wrestling mat. Her resemblance to the character Sansa Stark from the HBO series “Game of Thrones” has earned her the hashtag #winteriscoming among her fans.

Robinson is a Junior at Woodlands College Park High School in Woodlands, Texas, and has been wrestling since she moved to Texas in 2010. Her parents moved to Texas after they found out that Texas High Schools allowed girls to wrestle at the high school level.

"Hunter is one of those athletes that a coach is lucky to get once, maybe twice in his or her career,” said Erik Spjut, head coach for the College Park Cavaliers Wrestling team. “She is one of the hardest working and most driven athletes I have ever worked with. I have no doubt in my mind that Hunter will reach all her goals and be very successful in the sport of wrestling and in life."

Robinson started wrestling alongside her brothers at the youth level. She wrestles folkstyle for College Park and wrestles freestyle for Team Texas.

In December 2016, Robinson suffered a dislocated elbow and was told the rest of her season was most likely finished. She knew what her season goals were and was determined not to let the injury take that away from her. Through home exercise and physical therapy, she found herself back on the mat in time for the UIL District 9-6A tournament where she won the district title. She then went on to win her first regional title against a former two-time state champion and national champion and was named Most Outstanding Wrestler for the tournament.

Spujt said that Robinson wrestles better in high-pressure matches, making that one of her most valuable attributes. Her injured elbow affected her shape and timing a bit, he said, but she was a special type of athlete that deals with adversity extremely well and found ways to still win.

“As a parent, I don't care if she wins or loses. I'm proud of the young woman she is,” said her mother Heather Robinson. “Her soul is good. She is an excellent sportsman and teammate – she wins with humility and she loses with grace. She is a leader in the sport. She pays it forward and takes the time to teach those who are inexperienced.”

When asked about her resemblance to Sansa Stark, Robinson laughs.

"First of all, isn't she beautiful? My parents love the show. Every time my mom saw me she would smile and say ‘Sansa!’ She bought some red hair dye and well, now my hair is red,” she said. “Ever since then people have been coming up to me asking if I know who Sansa Stark is.”

When asked what she would say to any girl who wanted to try wrestling but was afraid because it is generally thought of as a boy's sport she said, "I would say it is a boy’s sport but think about how awesome that is. Every girl can play a girl’s sport. It takes a special kind of girl to do a boy’s sport and be successful in it. I hope any girl who goes out for wrestling can brag about beating up on boys all day.”