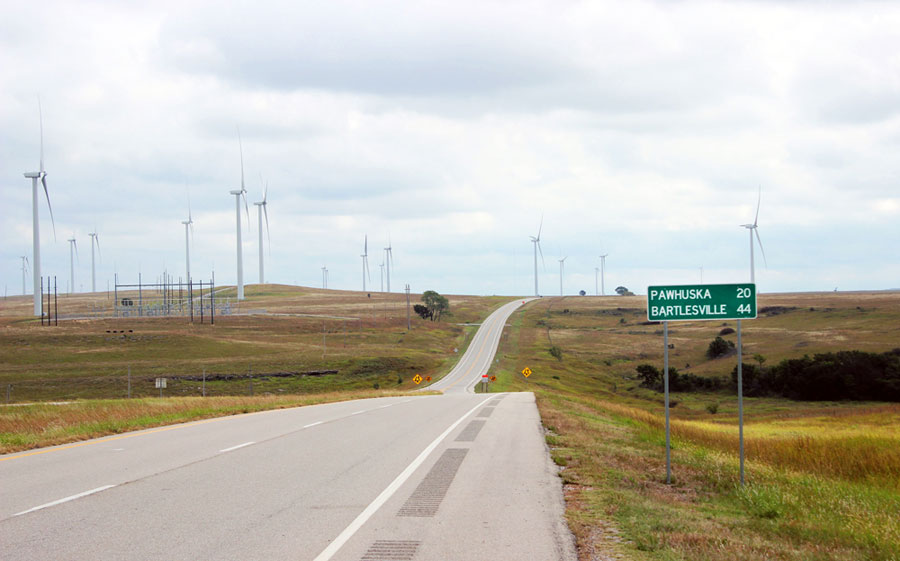 DENVER — A federal appeals court will not reconsider its ruling over whether a wind farm company conducted mining in Osage County without a permit.

On Tuesday, a one-page order was filed with the 10th Circuit Court, denying a motion from Osage Wind, Enel North America and Enel Kansas to rehear litigation among the companies, the federal government and the Osage Minerals Council over a controversial wind farm now operating in western Osage County.

The 10th Circuit Court also denied a motion for the case to be reheard en banc, or by all active justices on the court. As per Tuesday’s order, none of the court’s active judges requested to poll the justices about reconsidering the case, hence the decision to deny.

In a unanimous decision issued in mid-September, a three-judge panel reversed and remanded a September 2015 summary judgment from the Northern District Court of Oklahoma that allowed Osage Wind to conduct excavation work in order to set up 84 wind turbines across 8,400 acres without a mining permit from the Bureau of Indian Affairs or approval from the Osage Minerals Council.

In an effort to install the turbine foundations, Osage Wind dug pits measuring 60 feet wide and 30 feet deep. In the process, it excavated more than 60,000 cubic yards of limestone, dolemite and other minerals, ran the smaller chunks through a rock crusher, then returned them to the earth, thus prompting a debate on the definition of “mining.”

Under federal statute, any mining activity conducted in Osage County requires a permit from the BIA. Neither Enel Green Power North America nor its subsidiary, Enel Kansas, obtained one, prompting the United States to bring litigation forward in 2014 on behalf of the Osage Minerals Council.

Federal attorneys argued that the company was appraised of that requirement but ignored it anyway and at one point, sped up construction in an effort to finish its work before a federal court could issue a ruling.

In their appeal, attorneys for Osage Wind and its parent companies questioned the definition of mining proffered by the three-judge panel, noting that it basically gives the Bureau of Indian Affairs and the Osage Minerals Council carte blanche to control any and all construction efforts within Osage County. Attorneys for Enel and Osage Wind also maintained that their clients’ dig sites were not mining because the rock was left where they found it, albeit in a different form.

With the ruling left intact, the federal government and the Osage Minerals Council can now potentially seek damages for the unauthorized mining activity conducted within the county.

As of Wednesday morning, no hearing schedule has been set yet with the Northern District of Oklahoma to address the appeals court’s decision to reverse and remand the initial ruling. Due to the March resignation of former Magistrate Judge Lane Wilson, the district court case has been reassigned to Magistrate Judge Jodi Jayne.