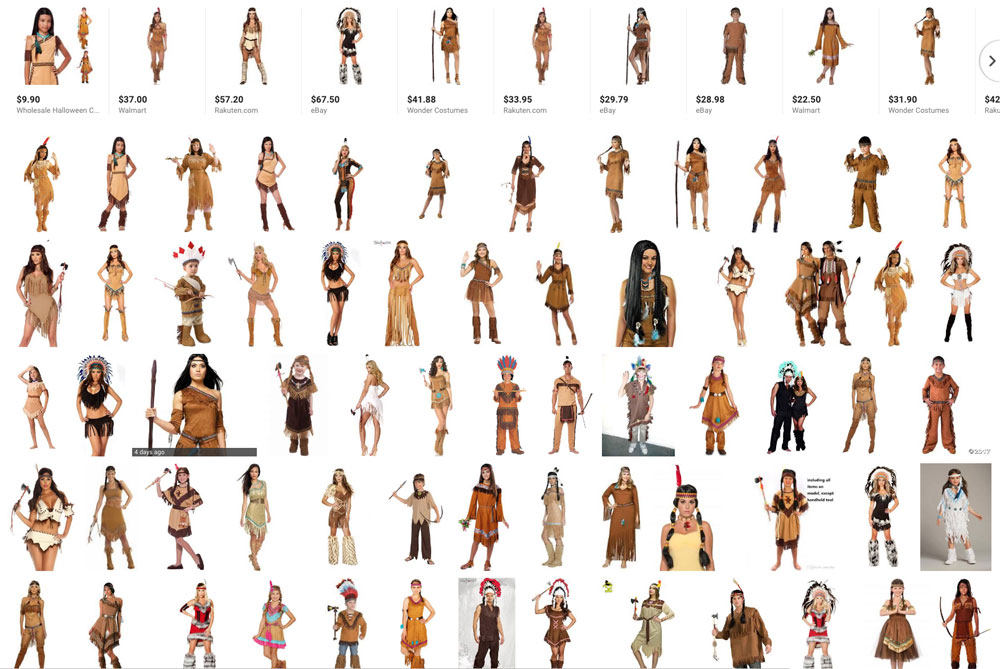 From Indigenous People’s Day to Halloween and Thanksgiving, Native Americans are often inaccurately portrayed by the media through flawed characterizations. These inaccurate portrayals are harmful and are often produced without education and/or exposure to Native communities.

Uninformed journalism contributes to perpetuated stereotypes and ignores the foundation of ethical journalism, as outlined in the Society of Professional Journalists’ Code of Ethics (https://www.spj.org/ethicscode.asp)

According to the SPJ Code of Ethics, reporters must seek to: “Provide context. Take special care not to misrepresent or oversimplify in promoting.” NAJA urges reporters to provide a frame of reference within news coverage, which includes questioning explicit and implicit bias that appears when reporting on news beats.

The celebration of Halloween continues to produce egregious examples of cultural appropriation and corresponding inaccurate coverage of events as they relate to “Native American costumes.”

On FOX Business’ “Risk & Reward” segment posted Oct. 17, 2017, Allie Stuckey asked Liz MacDonald, “...What tangible impact are these costumes having? And no one’s been able to answer that for me yet.”

The outlet fails to seek diverse voices for this story, without offering historical context.

Research indicates that the use of stereotypes, racial slurs and inaccurate portrayals of Native Americans in the media directly impacts Indigenous youth. According to the National Congress of American Indians (NCAI), this includes psychological, social and cultural consequences.

This unfortunate trend extends beyond the United States and reporters should be mindful of how they frame coverage as they write stories and headlines.

In October 2017, the Norwegian Minister of Finance, Siv Jensen, attended a costume party at a governmental ministry (located in a state-owned building), dressed in clothing meant to represent a Native American.

In this example, the news organization reinforced a position of racism with its headline, “Siv’s Pocahontas’ stunt backfired,” which effectively framed the news coverage with a harmful stereotype.

Citizen Potawatomi Nation published ‘Native American Halloween costumes debase cultures and communities’ in the Hownikan on Oct. 11, 2017. The article highlights one example of the damaging effect cultural appropriation can have on self-identity and mental health, as these relate to “dressing up” as American Indians to celebrate.

NAJA suggests referencing this and other articles authored by Native American writers when considering coverage or participation in events connected to this holiday and urges reporters to make ethical considerations when reporting on Indigenous communities.

NAJA serves and empowers Native journalists through programs and actions designed to enrich journalism and promote Native cultures. NAJA recognizes Native Americans as distinct peoples based on tradition and culture. In this spirit, NAJA educates and unifies its membership through journalism programs that promote diversity and defends challenges to free press, speech and expression. Learn more about NAJA at www.naja.com.