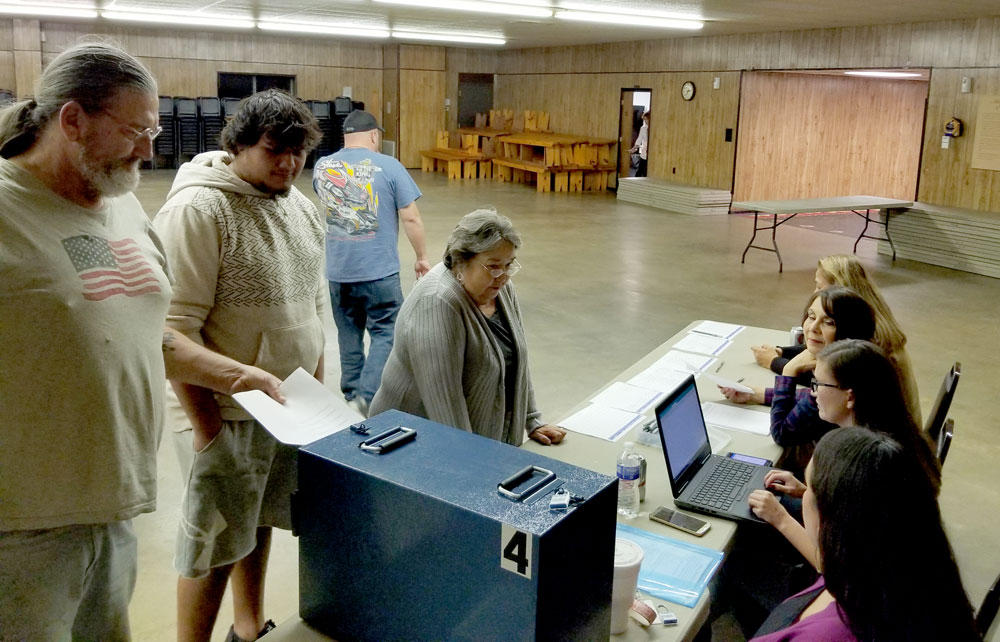 Incumbents Marjorie Williams, Kathryn Redcorn, Patrick Luey and Paula Stabler all won two-year terms to serve on the five-person committee and Fawn Cheshewalla will join as a first-time committee member. Osage Nation Election Office staff and board members assisted in the election, which was held during a two-day period before results were announced Nov. 15 at the village’s Wakon Iron Hall.

Residents voted on Nov. 14 in the village and Nov. 15 at the Election Office before election officials broke open the locked metal box containing the paper ballots. At the election’s Nov. 14 beginning, Election Office staff asked attending residents for candidate nominations and those names were written on a large board for all voters to see and pick their choices.

For upcoming village business, Williams said she is pleased the incumbents were re-elected so work can continue on upcoming plans, which include developing a village website by year’s end and researching grants for other village projects. A proposed village website will include information for residents including downloadable forms to request or reserve Wakon Iron Hall for cultural events, she said.

Cheshewalla said she is pleased with being elected to the committee and she’s “hopeful that we can do good and take care of our community.”

Williams said the next business for the committee is holding a Nov. 20 meeting to discuss and select committee officers for chairperson, vice chairperson, treasurer/ secretary. The Pawhuska Village Committee typically holds task meetings weekly and community meetings for village residents on the third Monday of each month at 6 p.m. in Wakon Iron Hall.