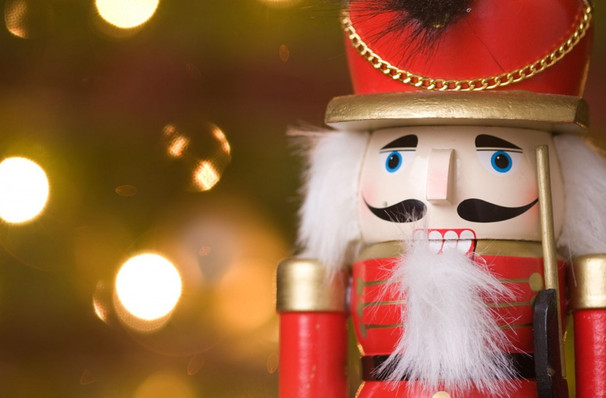 Maria Tallchief among inspirations for upcoming performance of ‘The Nutcracker’

For Jenna Smith, the Osage artistic director for Dance Maker, the historic ballet is also a reminder of the Osage Nation’s most famous ballerina.

"Bringing the Nutcracker to the Osage is especially meaningful because of its connection to the late prima ballerina Maria Tallchief, who was Osage and hailed from Fairfax in Osage County," Smith said in a prepared release.

In 1954, Tallchief was cast in the lead role of the Sugar Plum Fairy while dancing for the New York City Ballet.

One ballet critic described Tallchief in the role as a “creature of magic, dancing the seemingly impossible with effortless beauty of movement, electrifying us with her brilliance, enchanting us with her radiance of being,” according to the release.

"Tallchief's interpretation of the role paved the way for ‘The Nutcracker’ ballet to become an American ballet tradition during the Christmas season," Smith said in the release. "We are pleased that Osages are among those who will be performing in the Nutcracker, including lead dancer Amity Bevard from Hominy."

The Constantine Theater is located at 110 W. Main St. in Pawhuska. “The Nutcracker” performance will begin at 7 p.m. on Dec. 9. Tickets are available in advance at Dance Maker's Boutique at the Ole' #1 Firehouse on Main St., located next door to the Constantine. The Boutique is open from 10 a.m. to 6 p.m., Monday through Saturday.

Advance tickets for adults are $15 each and $8 for students. A family ticket is available for $45, which includes two adults and three children.