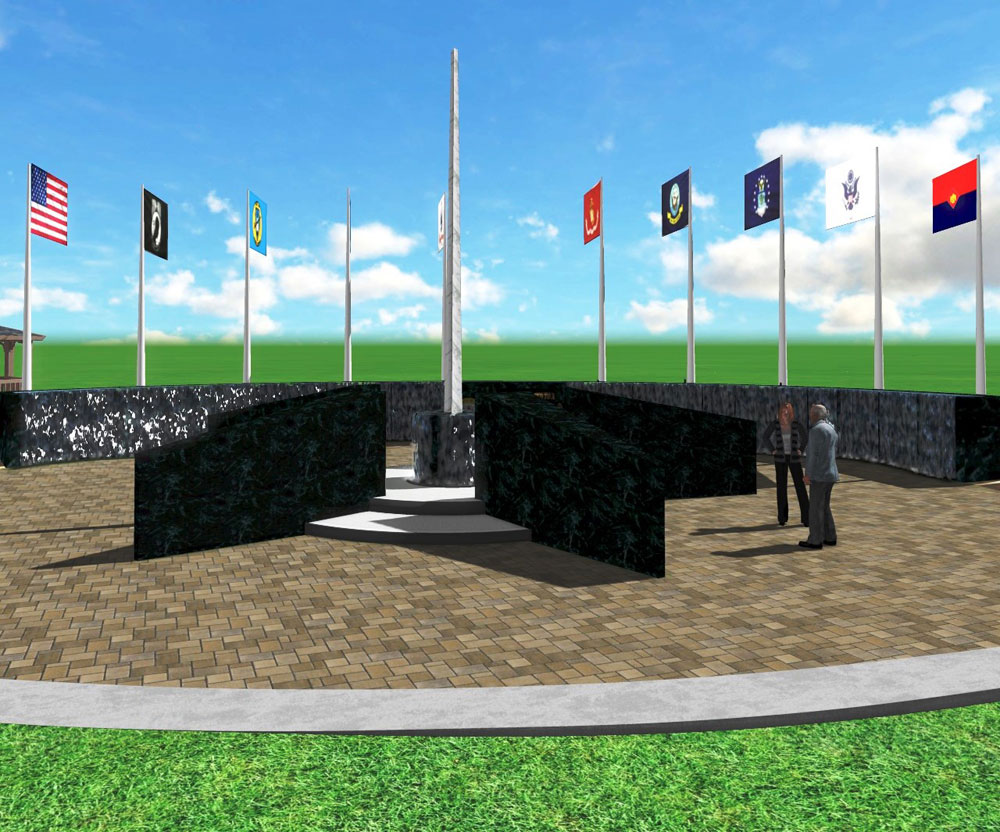 The Osage Nation Veterans Memorial Commission is negotiating a contract with a Tulsa-based construction company to work on the memorial, which will be located on the tribal government campus in Pawhuska.

On Feb. 7, the five-member commission voted unanimously to enter into negotiations with Arrowhead Builders for project costs.

Arrowhead Builders is one of two companies that expressed interest in the project. The Veterans Memorial Commission conducted two rounds of project bidding. The vote took place after commission members discussed the low bid count with the members agreeing the project construction should not be delayed by waiting for more bids.

“I feel like we shouldn’t take anymore time with bids,” Veterans Memorial Commission Chairman Franklin McKinley said, adding if another advertisement for project bids is placed, then it will delay building the memorial progress. “We’ve done this twice now and we’re not going to get more bids the way I look at it.”

Tammy Leeper, the Nation’s procurement officer, said during the meeting she received the two bids in the second round, but one only submitted a partial bid.

The Veterans Memorial Commission worked with Wallace Engineering’s Tulsa office on the architecture and design of the memorial and Littleton said his company would work with Wallace and subcontractors on the project costs for the commission’s consideration.

Richard Luttrell, a World War II Army veteran and Memorial Commission member, agreed the commission should select Arrowhead Builders to keep the project moving forward. “I think it’s overdue, I think we deserve it and I think we should all work our butts off – if you’ll excuse the expression – to get it done. Because if we don’t, it’s going to drag on and on and on and frankly I don’t have that much time, I’d like to see it up and running whenever I go where I’m going.”

“At this point, we are allowed by (Osage law) to begin the negotiation process of moving forward and basically we aren’t wanting to do a commitment and award and contract saying we’re going to give it to you until we can get to that number that everyone agrees upon … we want to get those details ironed out before we do a full-written commitment,” Leeper told the memorial commission.

According to its website portfolio, Arrowhead Builders has worked on construction projects for other regional Native American tribes including the Otoe-Missouria Tribe’s 7 Clans Hotel and Water Park addition to its existing casino and hotel; An 11,000 square-foot Choctaw Nation Community Center in Broken Bow; a renovation and expansion project of the Pawnee Nation’s Stone Wolf Casino; and a Chickasaw Nation Wellness Center in Ada.