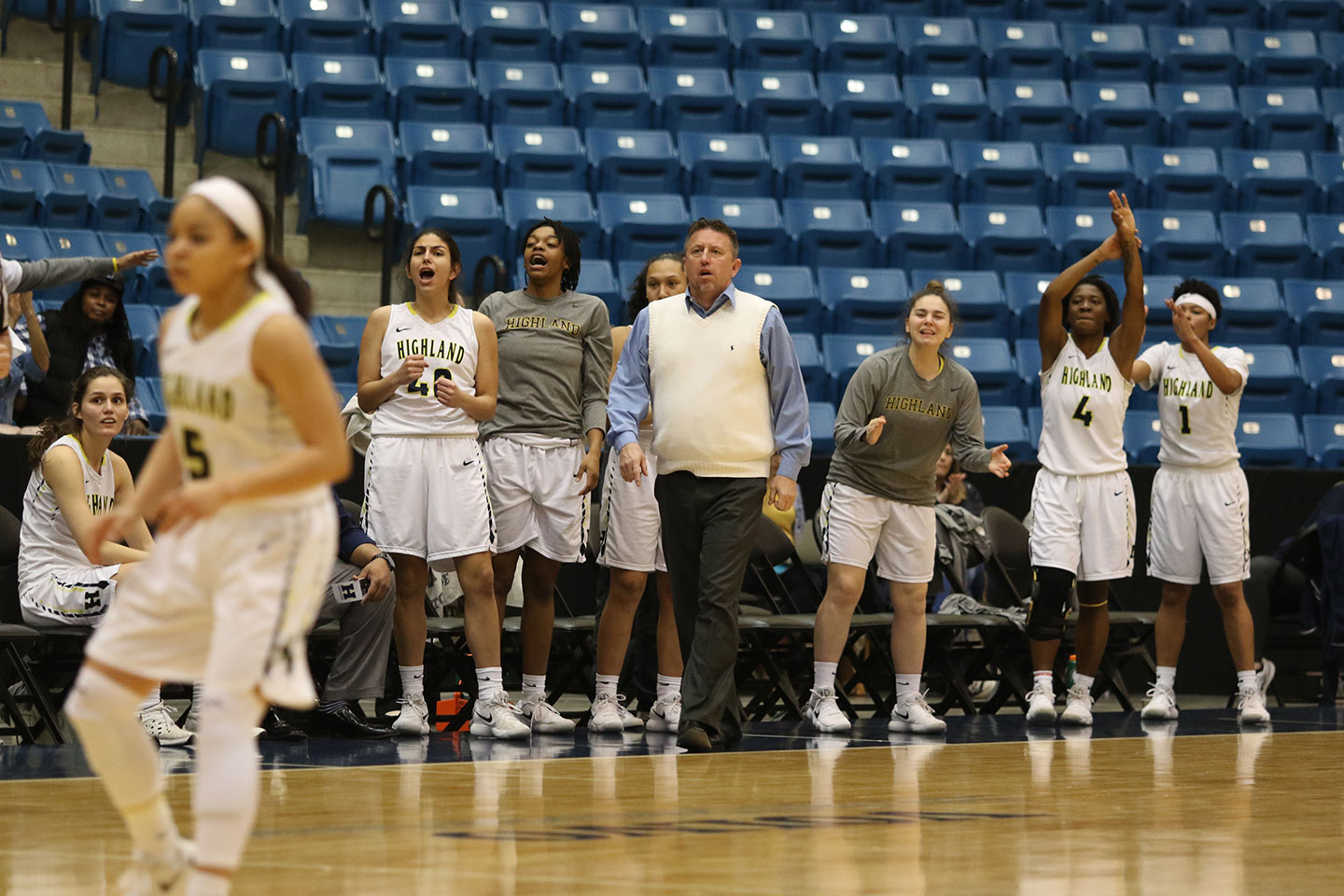 Smith has been the head coach at Highland for seven seasons. As head coach, he has broken school records and took the Scotties to the National Tournament three times. Basketball may be his passion, but he is especially proud that during his tenure at Highland, all of his players have gone on to graduate.

“We have had some special wins here that I love looking back on but honestly I am most proud of where some of these young ladies came from and what they matured into,” he said. “Some of these kids were the first college graduates [in their families] or had failed at other places or just tripped along the way and picked themselves up. They are focused on the work and are on paths to having incredible lives.”

Smith has coached at all levels of basketball – high school, community college, NAIA, NCAA Division I. He was the head coach at Southeast Missouri State, he coached at Northeastern Oklahoma A&M, he developed men’s and women’s cross-country programs at Phillips University and he is the co-founder of the Oklahoma Indian All-State Games.

In his first year as Highland’s head coach in 2011, he led the Scotties to win the Kansas Jayhawk Community College Conference and achieved a top 5 ranking. For this, he was named the Women’s Basketball Coaches Association National Coach of the Year.

According to the Scottie’s website, “as a community college head coach, Smith is 233-38 (284-65 overall) with an 87% winning percentage, five national tournament appearances, and two National Runner-up finishes.”

When asked what his coaching secret was he laughed and simply said: “No secret ... sweat and finding the people willing to authentically make the commitment to do the work.” He said his focus stays on winning the next game and “that is plenty on my plate.”

According to the Scottie’s website, his players have gone on to play at places like Oklahoma, Memphis, Depaul, Arkansas State and other numerous universities. He gives back by hosting free basketball clinics in Oklahoma, New Zealand and Australia. He’s developed reading programs in schools at Southeast Missouri State as well as Northeastern Oklahoma A&M and has spoken at the Johnson O’Malley Native American Leadership Program in Tahlequah and numerous other schools about the value of education.

The Scotties will compete at the NJCAA Division II National Tournament in Harrison, Ark., from March 20-24.

For more information about Scottie’s basketball, visit their website at http://scottieathletics.com/roster.aspx?path=wbball&roster=26