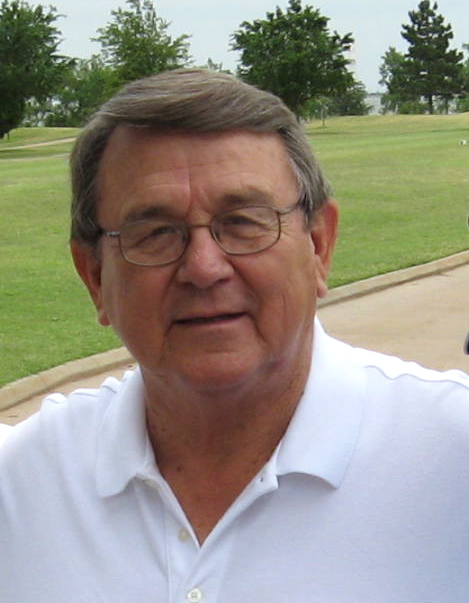 Luther was born in Hominy on June 22, 1935. He was the son of Juanita and Aaron Hunter. Luther, a multi-sport high school coach/teacher for 37 years in Newkirk, Ponca City, and in the OKC area, was just given the greatest trophy that exists – eternal life in the presence of Christ Jesus.

Luther is survived by his wife Jo, his children Lou, Jr. and Andrea, his stepchildren Christi, married to Matt Standard, and Todd married to Michelle, and step grandchildren McKenzi, Ali, and Jessi Standard, and Jackie and Memphis Case. Luther was preceded in death by his parents and eldest son Joey.

Luther spent much of his life playing, coaching, and watching sports. Luther played football in high school at Chilocco Indian School and went on to Oklahoma State University to earn a Master’s degree in Physical Education in 1960. Luther put his college career on hold for a brief period to serve in the United States Army, Infantry Division, from 1954 to 1956. After college, Luther began his coaching career in Newkirk where he coached football, basketball, track, and golf as well as taught science classes. Besides being named High School Golf Coach of the Year, in 2010 Luther was inducted into the Oklahoma Coaches Hall of Fame. He loved golf, OU football, Thunder basketball, and many other sports and teams.   After being brought into the Ilonschka dances at Grayhorse, Luther enjoyed many years participating in the dances with his father and daughter. A gentle and fun-loving soul, Luther never met a stranger.

A celebration of Luther’s life will be held at the Crossings Community Church chapel in Oklahoma City on March 28, 2018 at 2:00 p.m. In lieu of flowers, please consider a donation to the Newkirk Quarterback Club, 709 W. 12th, Newkirk, OK, 74647, in memory of Coach Luther Hunter.