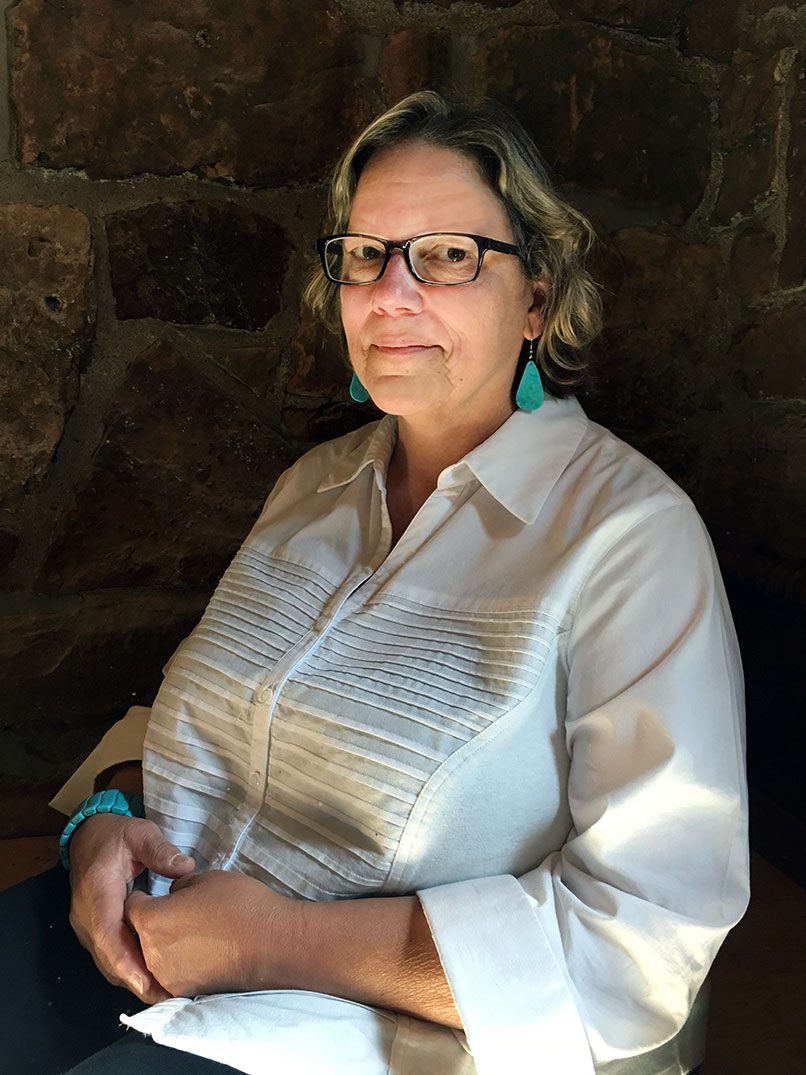 Wakanda, Danai Gurira and Me

Seeing “Black Panther” blew me away. My husband and I saw Marvel’s blockbuster in Astoria, Oregon, with four other people at an early evening show. I’m not a superhero, action movie fan, but the impact of this film is cumulative. Chadwick Boseman, playing king T’Challa has a suit of armor that makes him into an invincible panther, like the goddess Bast. Letitia Wright, Shuri, a princess and a scientist, deploys special holographic weapons; Danai Gurira is head of the Dora Milaje, a kind of Wakandan Special Forces of warrior women in red gowns, who form a semi-circle with their impressive spears around the king and his challenger.

Ryan Coogler, the 31-year-old director, and Kevin Feige, the head of Marvel Studios, took the time to get the film right. Characters speak Xhosa, an African language from Zimbabwe, which the actors worked hard to pronounce correctly. The sets and costumes are based on historical African material projected into the future.

I loved seeing the people of Wakanda gathering on the side of a cliff, taking what you knew were their accustomed places, so they could witness a new king assuming the throne. I could feel their satisfaction, the same way it feels to participate in the In-Lon-Schka or a church meeting or a traditional dinner.

The importance of recognizing one’s culture was palpable. Lupita Nyong’o, a Kenyan actor who plays a War Dog, a spy and a humanitarian, said after the South Korean opening, local journalists greeted the actors wearing traditional Korean clothing.

By creating the fictional nation of Wakanda, a place never conquered or exploited, Coogler considers the impact of colonialism on Africa, America and other parts of the world. The film has sparked widespread conversation, including articles about the origin and use of the word Wakanda that include input gathered by Osage News Editor Shannon Shaw Duty: Peter Manseau’s article, “The surprising religious backstory of ‘Black Panther’s’ Wakanda” in The Washington Post and Vincent Schilling’s article in Indian Country Today. Not only was the film about cultural representation, it was also had strong female characters.

When I learned that Danai Gurira, who plays Okoye the General was a speaker at a fundraiser for Hedgebrook, an artist residency for women on Whidbey Island in Puget Sound that I had attended, I was excited. Gurira is an actor — she’s Michonne in "The Walking Dead" — but she’s also an award-winning playwright.

I’d been invited to a Hedgebrook brunch and auction to talk about my experience as a resident last year. I stayed in one of eight shingled cabins, on a hillside overlooking Useless Bay with Mt. Rainier in the background. About 1800 women compete for 40 slots at Hedgebrook, and I applied three times before I was accepted. The selection process creates a strong connection. During the month-long residency, we shared our work-in-progress with each other after dinner, and it was like the super-strong element vibranium from Wakanda. Our group still meets on Skype each month. There’s power in connecting with writers whose work you love, who know how hard it is to face a blank page and do it anyway.

I drove to the event in Seattle on a sunny morning excited like any fan to see Danai Gurira, and I wanted a picture with the General. Gurira was born in Iowa, her parents are professors, and she returned to Zimbabwe when she was five. She’s a Zimerican, she says, which might be something like being Osage and American. We move back and forth from our Osage world, into places in America where folks don’t know what an “o-soggy” is, and who don’t understand how Native sovereignty is foundational to this country.

I sat with Nancy Nordoff, who founded Hedgebrook 27 years ago, 20 feet from the stage. You could feel the energy around Gurira. She wore jeans and a print blouse, boots and a plum felt hat. She stood at a lectern and spoke quietly. “Gender disparity is dire,” she said, “particularly on the continent [of Africa].”

She said the powerful response to the film had taught her the importance of representation. Just as Native people watched Indians whose roles were limited to being struck by a bullet and falling from their horse, we, Osages, are seeking respectful portrayal of complex Osage characters on screen and on the page, preferably written and portrayed by Osages. Gurira says we all need to do the work that we’re called to and that’s how more films like “Black Panther” can happen. So, I say, see the film, and make the art or do the work that your heart prompts. Wahshkon.

I did get a picture with Gurira. After brunch, the young black writers present quickly surrounded her. Within moments she had lined people on either side of her, and like the people in Wakanda, we knew just what to do, we crossed our arms on our chest as cameras flashed.