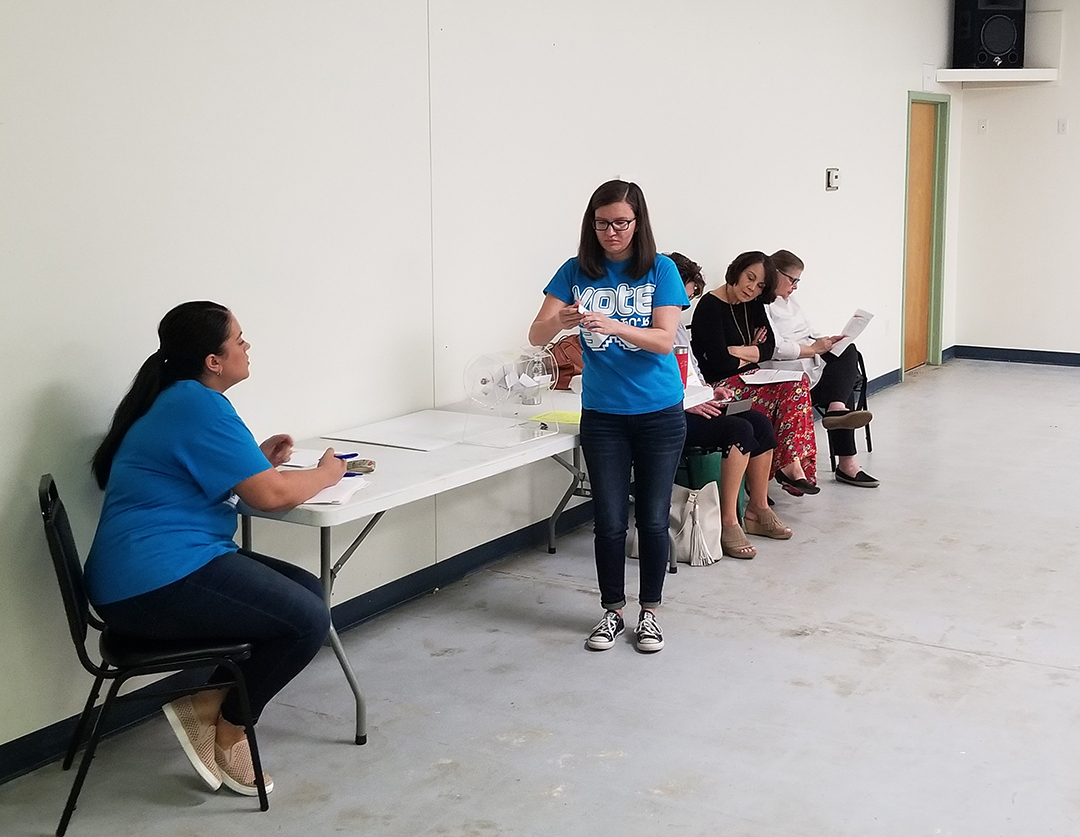 That day, the Election Office staff held a drawing to determine the order in which candidate names will appear on the ballot for those seeking Executive Branch or ON Congressional office in the Nation’s general election. Fifteen candidates are seeking six open Congressional seats and two candidates are running for both the Principal Chief and Assistant Principal Chief’s offices. All elected positions carry four-year terms.

Election staff added folded pieces of paper containing the candidate names into a rotating hopper and each name was drawn from the hopper door after it was rotated several times to mix up the names during the candidate workshop. The results of the drawing order is:

Also listed on the ballot are the three ON Supreme Court Justices who are due for yes/ no retention votes for another four-year term. Those judges are:

A sample ballot for the June 4 election is also available for viewing on the ON Election Office website at: https://s3.amazonaws.com/osagenation-nsn.gov/files/departments/Elections/2018-0416_Election-Office_Official-Ballot-Sample.pdf