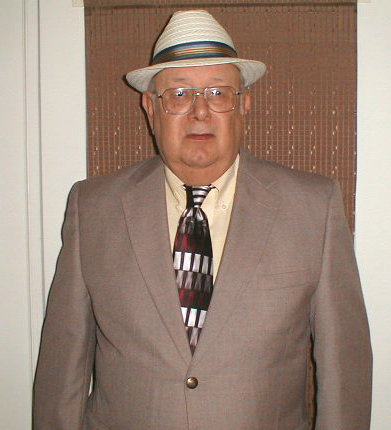 My name is Kugee Supernaw and I am running for reelection to another term in Congress.  I have served 3 terms and I hope to serve one more.  If reelected it will be my last.

The original allottee from whom our family descends is Maude Angel Supernaw.  She had a sister, Sophie Spotted Horse, who was also an original allottee, but when she died her headright  was swindled away.  We have this in common with many other Osage families who have lost headrights.

During the time I have served in Congress I have focused on making money for the Nation rather than spending it.   Those efforts have paid my salary many times over. I pushed the Osage Nation for 2 ½ years to apply for our share of the motor fuel tax.  Finally achieved,  it has brought in 1.9 million dollars and produces $360,000 annually.  When the Bartlesville casino was built I developed a plan that saved the nation over $2 million dollars in interest and even more in keeping control of the gaming machines.

Most of the legislation I’ve sponsored has strengthened our infrastructure including the the Construction Competitive Bidding Act, that helped to bring in the new Tulsa casino $30 million dollars under budget, and Gaming Reform.  I have not sponsored “Lollypop bills.” Most of my spending bills are to purchase land.  History has shown us that what we own in common, we keep.

I regard the Osage Constitution as a job description for Congress members.  It dictates that we support, to the best of our ability, the elderly, youth, education, health, our language and culture, hunting and fishing and natural resources.  This is not a political platform, it is our job.  We don’t deserve accolades for doing our job, rather we would deserve criticism if we don’t do our job.

How to sustain the programs we have in place is the main concern that I have as we face challenges going into the future.  Our population has doubled since I have been in Congress, costs are constantly increasing and a larger percent of our people are participating in the existing programs.  We have to focus on how we can pay for this in the future.  Consider this: adjusted for inflation we are receiving less from gaming than we did in 2012.  Federal grants are reducing.  We must create new sources of income improve profits by reducing unnecessary overhead and profit by maximizing opportunities that exist for tribes.  Sometimes, I feel like no one wants to confront the obvious truth we cannot ignore.

We have to concern ourselves, not only with the present, but with the welfare of the next generations, your children and grandchildren and those yet unborn. A nation that suffers from an economic myopia where it does not look beyond its own nose is destined to fail.  We cannot let that happen.

I hope to serve the Osage Nation one more term. I humbly ask for you vote and support.  Thank you.