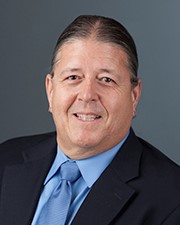 Dr. Robert Warrior named to the American Academy of Arts and Sciences

The American Academy of Arts and Sciences selected its 238th class of inductees and Osage Scholar, author, activist, Dr. Robert Warrior, is among them.

Warrior, Osage, is a Hall Distinguished Professor of American Literature & Culture and has a joint appointment in the departments of English and American Studies at the University of Kansas. He teaches courses and researches across many disciplines and specialties, including intellectual history, American literature, social movements, history, theory and comparative indigeneity, according to a prepared release.

He is the author of “Tribal Secrets: Recovering American Indian Intellectual Traditions” and “The People and the Word: Reading Native Nonfiction” and co-author of “Like a Hurricane: The Indian Movement from Alcatraz to Wounded Knee,” “American Indian Literary Nationalism” and “Reasoning Together: The Native Critics Collective,” according to the release.

Warrior, along with 213 other individuals, will be inducted into the Academy in October in Cambridge, Mass. Among the inductees are former U.S. President Barack Obama, U.S. Supreme Court Justice Sonia Sotomayor, actor Tom Hanks, and Oglala Lakota journalist Tim Giago. At the ceremony the newly elected members will sign the Book of Members, and their signatures will be added to the Academy members who came before them, including Benjamin Franklin (1781) and Alexander Hamilton (elected 1791) in the eighteenth century; Ralph Waldo Emerson, (1864), Maria Mitchell (1848), and Charles Darwin (1874) in the nineteenth; and Albert Einstein (1924), Robert Frost (1931), Margaret Mead (1948), Milton Friedman (1959), and Martin Luther King, Jr. (1966) in the twentieth, according to the release.

As part of the American Academy of Arts and Sciences’ commitment to recognizing and celebrating excellence, 213 individuals in a wide range of disciplines and professions have been elected as members of the Class of 2018. Founded in 1780, the Academy honors exceptional scholars, leaders, artists, and innovators and engages them in sharing knowledge and addressing challenges facing the world, according to the release.

Warrior is a member of the Grayhorse District and dances with his wife Margaret and four children at the June In-Lon-Schka dances each year. The 238th class of new Academy members is available at www.amacad.org/members.

Osage News: What was your initial reaction to learning this news?

Warrior: I was surprised, delighted, and honored all at the same time to learn that I had been elected to the American Academy of Arts and Sciences. I write so many letters evaluating people who are up for awards and honors that at first, I assumed the academy was writing to ask me to help them evaluate someone who was being considered for an award, then realized they were writing to tell me that they were recognizing me. That was a great feeling.

Osage News: What does this mean to you personally?

Warrior: Personally, what I find the most gratifying about being elected to the academy is the endorsement it represents of the choice I made at the start of my scholarly career to focus on the American Indian and Indigenous world and to continue doing so in spite of sometimes facing setbacks or not getting jobs, hearing the message that focusing on the American Indian world is not enough, is too narrow, too specialized, not worthy. I have never really doubted my position, but dealing with the consequences can be frustrating. It’s satisfying to be able to point to something like this that demonstrates that things have maybe started to change.

Osage News: What do you reflect on when you think about your career?

Warrior: When I reflect on my career, I always consider myself fortunate to have come along at the time I did, when so many opportunities in the academic world were coming into formation and also when some of the major work that needed to be done in Native American and Indigenous studies was, for whatever reason, exactly the sort of work I am well-suited for and happened to have been well-trained to do. When I first became involved in American Indian studies in the mid-1980s, for instance, scholars in the field had a tremendous need to come to an understanding of the vast amount of written work by previous generations of American Indian writers and scholars, which is something that has been a preoccupation of mine since my earliest work on the writings of John Joseph Mathews and Vine Deloria, Jr. That work has grown and changed for me, embracing not only people who write books, but also journalists, filmmakers, dancers, video game designers, comic book artists, and more, and I continue to feel fortunate to be seeking as a scholar to find and understand the vibrant pulse of the many ways people in Indigenous communities find to express themselves and their ideas.