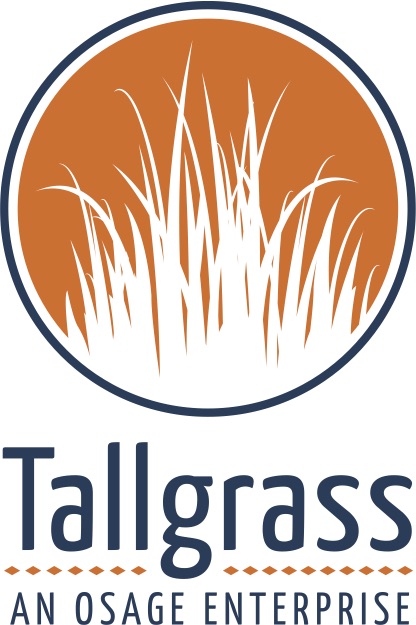 The Fifth Osage Nation Congress has called itself into a 12th Special Session to consider the dissolution of the Osage LLC and Tallgrass Economic Development LLC, and a possible $700,000 appropriation to hire an agent to carry out the dissolution.

In a three-page resolution filed by Congresswoman Shannon Edwards on May 17, ONCR 18-30 details emails and news received by the Congress that led up to Edwards’ filing. According to the May 17 legislative proclamation, the special session will be held a day after the general election, on June 5. The newly elected Congress members that will join the Sixth Osage Nation Congress won’t be inaugurated until July 14.

The resolution and bill filed by Edwards are news to Jim Parris, chairman of the TED LLC board of directors. When asked if he had seen the legislation by Edwards he said he had not. On all accounts, he said TED and Osage LLC are digging themselves out of a financial hole that was the fault of inexperience and the underbidding of projects in the past by former Osage LLC management. He said contracts with Tinker Air Force Base are nearing completion and they have successfully completed contracts with Fort Leonard Wood, which has expressed entering into other multi-year contracts with Osage LLC.

“We have a lot of good positive things that are going forward, it’s not easy but it’s doable. As long as we’re given the opportunity to stay on this we’re going to try and salvage the work and make sure all these contracts and commitments will be met and the nation will not suffer,” Parris said in a phone interview. “We have meetings occurring over the weekend, in June. We’ve scheduled to talk to partners who have expressed interest in working with us. We believe we have a good plan to move forward to protect the company and the reputation of the Nation.”

Parris said he spoke with Edwards and Speaker Angela Pratt on May 15 about whether TED needed an appropriation for an influx of money and he assured them Osage LLC did. He said he requested $600,000 to use as collateral for a loan from BancFirst “to give us some relief to pay off some contracts that had been underbid by a prior CFO.” He said they had been told by Principal Chief Geoffrey Standing Bear that he would veto any attempt to try to have any money appropriated to TED or Osage LLC if they didn’t provide audited financial statements to him. He said they’ve approved financial statements from October 2017 to April 2018, except for March 2018, which Finley and Cook are working on and will finish mid-June.

The three-page resolution reads like a timeline, beginning with a series of events in April. Edwards wrote that during the Hun-Kah Session, Standing Bear and executive branch enterprise board members advised the Congress on the “inability to obtain audited financials” from TED and Osage LLC and stated cash flow issues. On April 19, Parris wrote to Pratt requesting that she or Congressman William “Kugee” Supernaw sponsor a bill to appropriate funds to TED to address the cash flow issue. The Congress adjourned the session without considering Parris’s request, according to the resolution.

The resignations of TED board members Megan Cruz and Kay Martin are mentioned, as is the resignation of Kay Bills, who then reversed and stayed on the TED board. The layoffs of “substantial” TED employees Tony Whitehorn and Susan Elliott, both Osage, are mentioned in the resolution.

On May 10, Edwards quotes a correspondence between Parris, Standing Bear and Supernaw that said, “Chief/Kugee: It is obvious that we are getting down to close to the end of our options to keep the doors open. We are going to make our payroll on May 15th, but not sure about the 30th. I am told we need an estimated $700,000 to deal with the bills over and above our amounts due to be collected in order to keep afloat while we figure out how to shut down operations without negatively impacting the company and the Nation.”

Parris said they will be able to make payroll on May 30.

A TED contractor wrote in his resignation letter, “I think the company is far from where it should be and major changes are needed in order for it to have a chance at success,” according to the resolution. On May 10, ON Attorney General Holli Wells was contacted by a contracting officer from Tinker Air Force Base “discussing ‘a number of ongoing issues with multiple delivery orders for different projects on Tinker AFB.’ He states, ‘Osage-Tallgrass needs to understand the severity of the current situations.’”

On May 14, upon request, Standing Bear forwarded a series of May 10 emails, including one from a Tallgrass employee that said “the Small Business Administration had sent a letter in March 2018, ‘stating that we had 45 days to come up with a corrective action plan for Tallgrass Construction or they were going to terminate our Construction 8a,’” according to the resolution.

Also, on May 14, Standing Bear “advised the Congress of his concern that Bluestem Ranch LLC, its money and assets, goodwill, and activities are exposed to liability relating to a General Indemnity Agreement.” The remaining board members for Bluestem are Teresa Meade, Jim Perrier, and Ladd Oldfield.

According to the resolution, Edwards wishes to seek appointment of an agent for Osage LLC, TED LLC, to take control of operations of the companies and to undertake any or all of the following:

-       Dispose of and transfer the property of TED

-       Discharge or make provision for discharging the liabilities of TED

-       Distribute to the member any remaining assets of TED

-       Advise on a course of action concerning the contracts, grants, and assets held by the Nation owned companies

-       Notify the AG and Congress of any possible violations of law

An accompanying bill, ONCA 18-30 (Edwards), is to appropriate the $700,000 needed to carry out resolution ONCR 18-15, “to pay for the compensation and expenses of an agent, for salaries and contracted professional services, and verified debts of Osage, LLC, Tallgrass Economic Development, LLC and its subsidiaries.”

Standing Bear said he is not going to sign off on any more money going to any of the LLCs.

“We still do not have the 2017 audit or any reliable financials for 2018. My staff and I met with the Congressional commerce committee three times during the Hun-Kah session and there were no approvals of any funds to these LLCs,” Standing Bear said. “This new legislation by Ms. Edwards appears to appropriate $700,000 for wind up costs but I’m not sure about how those numbers were determined. We all need to keep working together on this problem. I don’t see the justification for any more money going to these LLCs.”

If the $700,000 appropriation is approved, that money will come out of the Economic Development Fund, according to the bill.

Parris said the TED board and staff are actively contacting other tribal resources, other companies to partner in some way to cover the remaining costs associated with the company to finish out the fiscal year, which ends Sept. 31. The firm of Finley and Cook will have a draft audit ready mid-June, which he said would show Standing Bear that the companies are making progress.

The agent Edwards has proposed in her resolution to shut things down, he said he’s not in favor of because they are continuing to deliver and complete contracts for Osage LLC.

“We have finished almost everything at Fort Leonard Wood, they’re pleased, and have issued evaluations of the contracts on finishing them up and issued some closeout statements on the work and Osage LLC has done what they were asked to do, and it’s been successful,” Parris said. “At Tinker AFB, there are some issues being worked out but that’s something our board is working through with the people at Tinker and they have assured us everything’s going to be alright and have talked about continuing multi-year contracts with us and Fort Sill has said they want to enter into multi-year contracts with us and they wouldn’t be saying that if we weren’t doing a good job.”