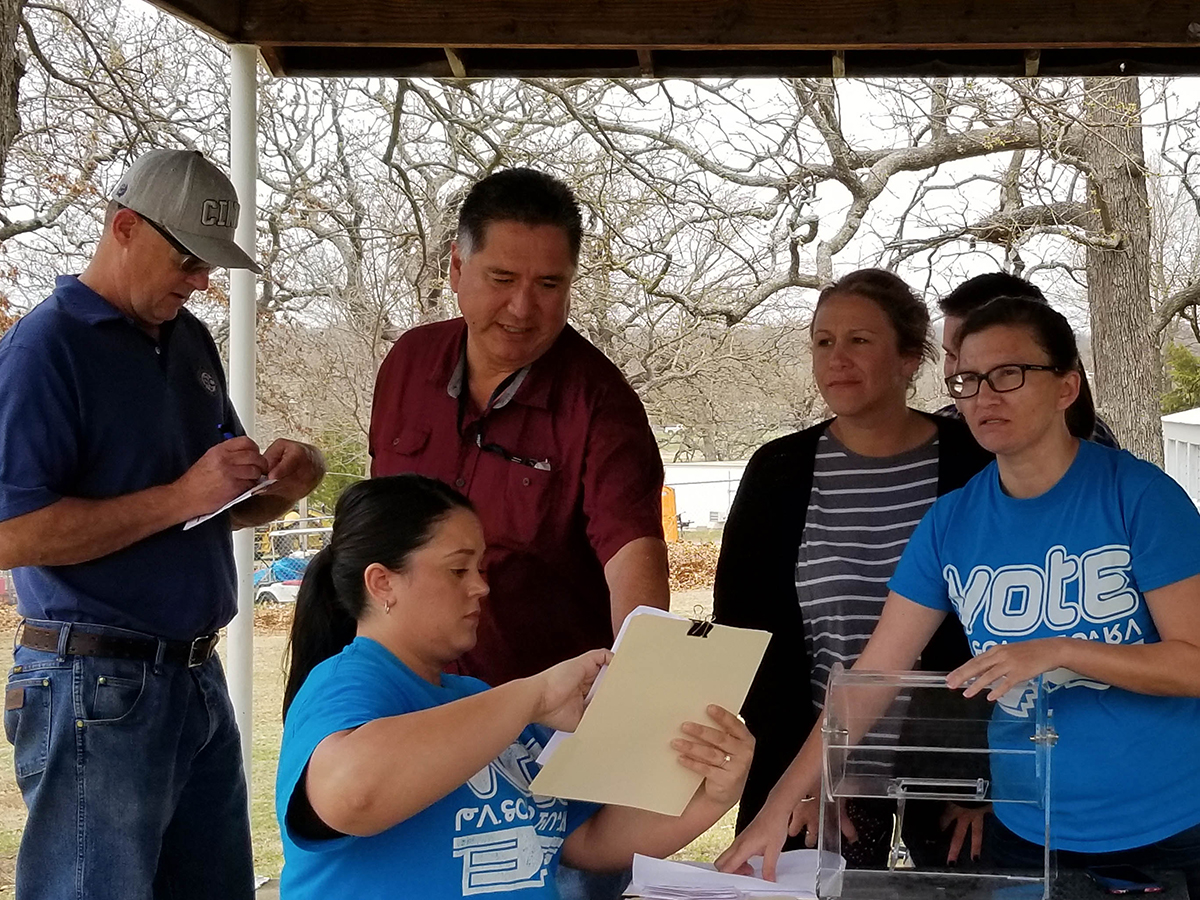 Election candidates pick their campsites for election day in Pawhuska

On June 4, there will be 28 election day campsites in the Osage Nation government campus park where candidates will be stationed to greet voters coming to cast their ballots.

On April 13, the Osage Nation Election Office hosted a candidate workshop for Osages seeking office in the June 4 general election to go over election rules and laws. Later that day, the office conducted a drawing for election day campsites for both general election candidates and shareholders running for Osage Minerals Council office.

The election office staff used a hopper to mix up the candidate names listed on pieces of paper to determine the order of campsite picking. Candidates or their designees picked out the campsites that day. Each campsite is 20 feet by 20 feet and the candidates are responsible for cleanup and following rules to hold the election day spaces.

ON Congressional candidate Geneva Horsechief-Hamilton and her husband Otto Hamilton, an Assistant Principal Chief candidate are sharing a campsite at the north arbor. The remaining campsites are in the open and candidates will be responsible for bringing their own shades and tents, if desired.

To view a PDF map of the June 4 election day campsites, visit: https://s3.amazonaws.com/osagenation-nsn.gov/files/departments/Elections/2018-0416_Election-Office_Campsite-Results.pdf