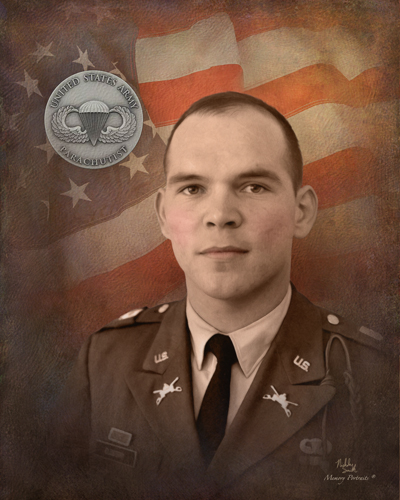 James Huey Elsberry, Jr., 71, of Pawhuska, Okla. walked on Sunday afternoon, May 20, 2018, while a patient at the Veterans Hospital in Muskogee, Okla. Staff, patients and family gave tribute to the veteran escorting him from the facility with the ‘honor walk.’

Born to James Huey and Anna Louise (Faust) Elsberry, Sr. on January 26, 1947, in Wichita, Kan., James was the fourth child of seven children. He spent his early life in Fairfax, attending school with his siblings and graduating with the Red Devil class of 1965. After graduation, he attended college at OU in Norman under the ROTC program.

In September 1969, he joined the Army, while serving his country for four years he obtained the rank of Captain in August 1972. He was awarded the National Defense Service Medal; Ranger Tab; and Parachute Badge before serving an additional two years in the Army Reserve.  He had two daughters, Jamie and Julie with his first wife Nancy.

James worked as a photographer and lived in Calif., Alaska, and New Mexico before returning to Pawhuska, Okla. He did photography work for the Osage Tribal Museum until he retired. He was a member of the Osage Nation and Pawhuska American Legion Post #198. As a huge OU fan, he enjoyed watching sports and news stories on TV.

James online guestbook may be signed at www.hunsakerwootenfuneralhome.com