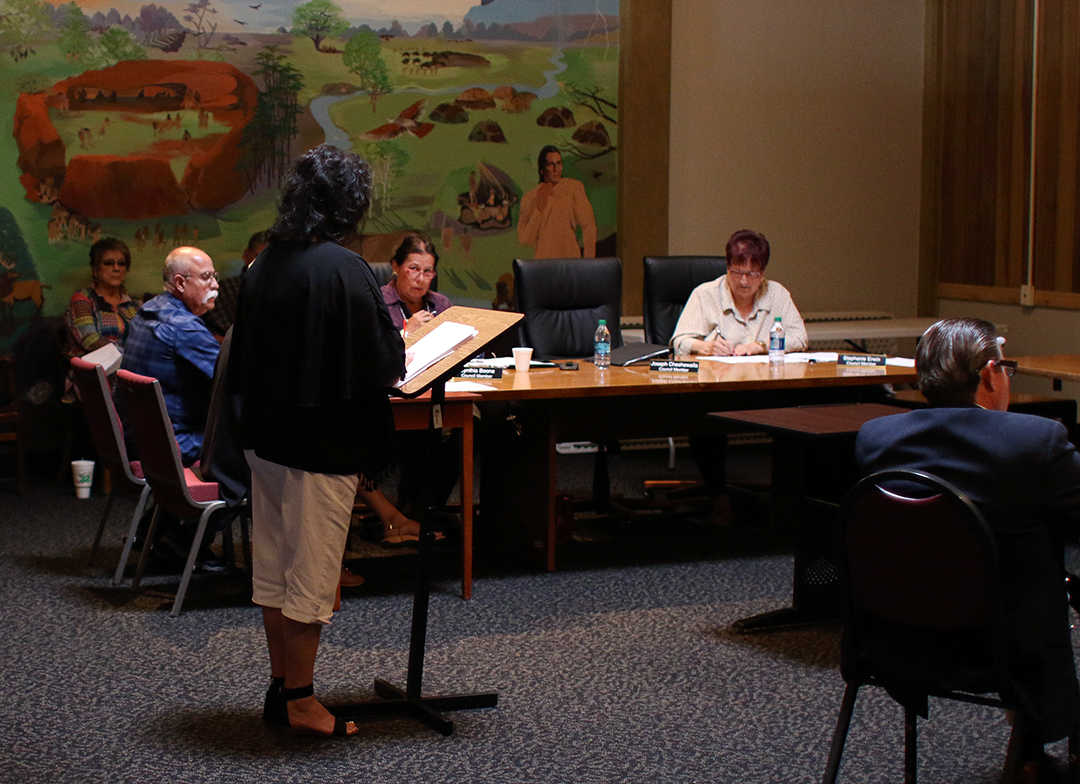 With two challenges still pending and a final report yet to be released, the Osage Minerals Council did not take any election action at its June 15 meeting.

“We don’t really have the ability to vote on anything,” Councilman Talee Redcorn said. “I don’t know what we can do, and I would be uncomfortable doing anything right now.”

“I’m not asking for a vote on anything today,” Councilwoman Cynthia Boone replied. “These are just concerns my constituents are contacting me about.”

Boone and Linda Heskett filed challenges with the Minerals Council Election Board on June 11, contesting the results of the June 4 election. Boone finished ninth while Heskett finished 12th among the 14 candidates.

In their petitions, both ask that the election results be thrown out due to Election Day changes to the voter roll, including addresses being updated and shareholders added to the list.

Voting for the eight Osage Minerals Council seats is restricted to tribal citizens older than the age of 18 whose names appear on the quarterly annuity roll at the Bureau of Indian Affairs’ Pawhuska Agency as of the last payment prior to Election Day.

When questioned by Boone in open session, Minerals Council Election Board Supervisor Billie Ponca said three voter addresses were updated on Election Day and up to 10 people were sent to the Office of the Special Trustee and the BIA to verify their status as shareholders after their names did not appear on the voter roll.

“A BIA employee offered to help,” she said. “She verified people and they were allowed to vote.”

Under Part 25 of the Code of Federal Regulations, of which the Osage Minerals Council election board has modeled its election code, any challenges or disputes to the voter roll are supposed to be addressed by the election board at least three days prior to the election.

Additionally, the Code of Federal Regulations only spells out recount procedures for the Minerals Council Election Board. As per a signed statement from Ponca, TrueBallot conducted a recount on June 13, which yielded the same results as those released on June 4. With the recount matching the Election Day returns, Ponca certified the election results on June 13.

“We counted all absentee ballots as long as they were in our post office box by June 4,” Ponca said.

Ponca’s final report on the election is scheduled to be presented to the council at its June 20 meeting.

The Fourth Minerals Council is scheduled to be sworn in on July 2, with its members also participating in the July 14 inauguration ceremony in Ponca City for the executive, legislative and judicial branches.