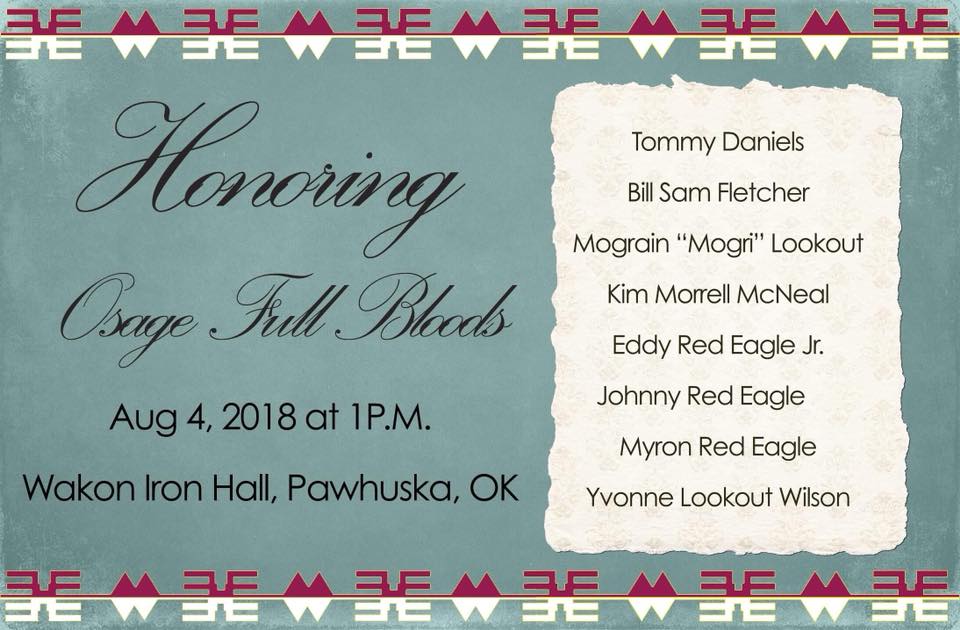 With there being only eight remaining Osage full bloods within the tribe, Osages came together to plan an honoring. Through a grassroots effort started by Mary Mashunkashey, Honoring Our Last Osage Full Bloods will take place on Aug. 4.

The honoring will begin at 1 p.m. at Wakon Iron Hall.

The following Osage full bloods will be honored:

The honorees will be presented with blankets and medals by Principal Chief Geoffrey Standing Bear, students from the Osage Language Immersion School will sing, Gwynn Pahsetopah will sing, and Scott Bighorse and Osage singers will sing. Osage graphic artist and photographer, Ryan RedCorn, will be taking honoree portraits. A dinner will be served, interviews with the honorees conducted, and gifts given. All items have been donated by Osage tribal members, according to Mashunkashey.