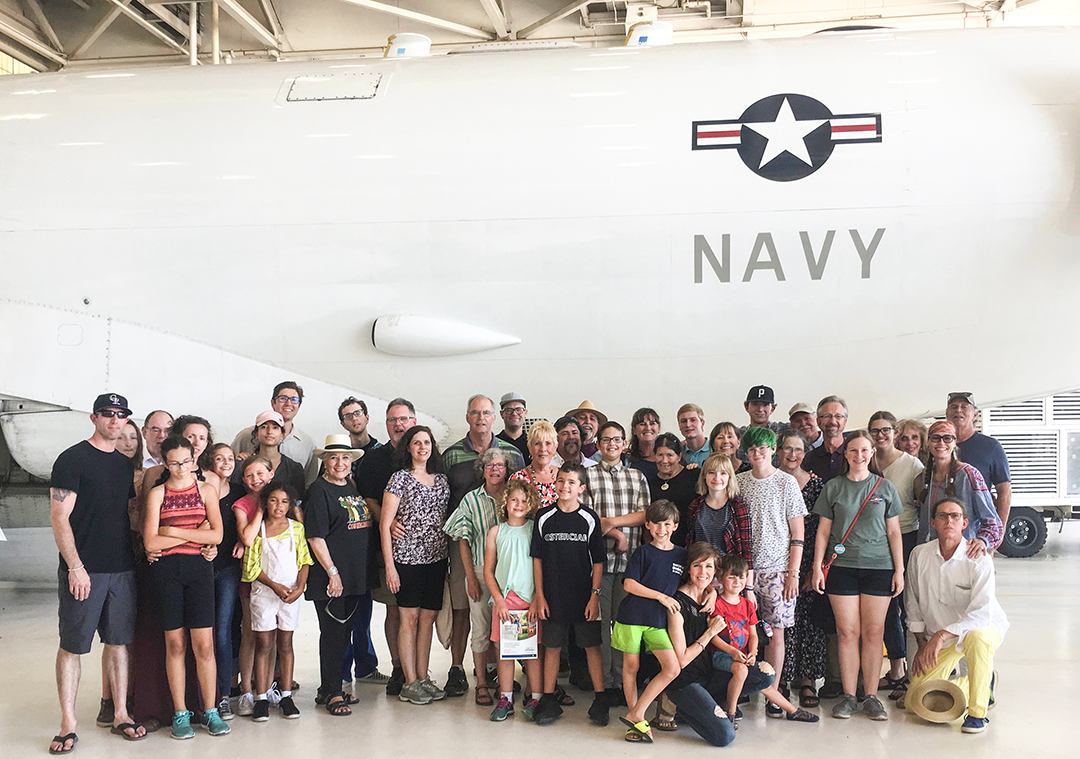 MIDWEST CITY — Before getting out feathers and fans for Pawhuska In-Lon-Schka, an Osage family spent a day behind the scenes with propellers and airplane parts.

A citizen of the Osage Nation, Tinker was the first American general lost in action in World War II. His plane disappeared near Wake Island in June 1942 during a pre-planned long-range bombing attack on the Japanese.

Originally called the Midwest Air Depot, the site was named Tinker Field in October 1942 and renamed Tinker Air Force Base in January 1948.  Directly responsible for almost 30,000 jobs, the base is the site of the Oklahoma City Air Logistics Complex, the largest of the Air Force Material Command’s three repair depots. The 4,100-acre base is also home to the 72nd Air Base Wing, the 448th Supply Chain Management Wing, the 552nd Air Control Wing, the Navy Strategic Communications Wing One, the 507th Air Refueling Wing and the 38th Cyberspace Engineering Group.

With family members scattered across multiple states and time zones, Phil Tinker, Maj. Gen. Tinker’s grandson, reached out to personnel at the base and organized the tour after a few family members expressed interest during the 2017 In-Lon-Schka dances. Originally expecting maybe a handful of relatives to tag along, more than 60 initially responded as word spread among the cousins.

“This has grown beyond anything I was thinking. I thought it would maybe be 10 to 15 people. It turned into ‘Well, I want to go’ and ‘I want to go,’” Tinker said.

“It’s been a journey, but it’s been a very rewarding one to see people happy and to see them honoring Granddad’s history.”

Thanks to security protocols, the tour was weeks in the making. All participants had to submit information for a background check in order to come on base, plus additional on-site identification checks in order to access hangars used by the U.S. Navy.

Among the relatives that came in early for the tour was Nan Norton from Phoenix. Norton said she was thoroughly impressed by the scale and scope of work performed at the facility named for her ancestor.

“The interest in the base has always been there,” she said. “When Phil offered the opportunity for us to go, I was all over it. I had no idea what all takes place at the base and what they do, but it is amazing. It is really amazing.”