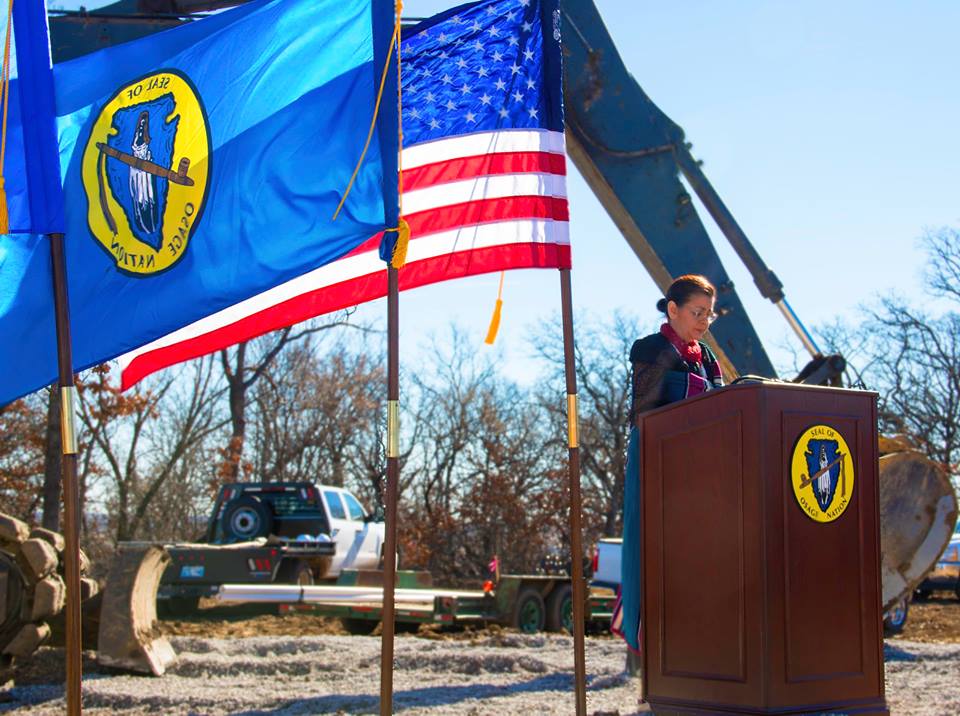 Olivia “Libbi” Gray said she took on the challenge of working for the Osage Nation Family Violence Prevention Department because “I am a survivor myself. I just happen to be a survivor with a specific skill set and knowledge base in Indian Country that I believed could benefit our program. I know firsthand how important this work is and I can relate to our clients in a way that makes them comfortable and able to open up.”

Native American Women have an 84 percent likelihood of being physically abused in their lifetime and 56 percent will be sexually assaulted in their lifetime, according to a recent report released by the National Congress of American Indians on Domestic Violence in Indian Country.

Gray (Osage) is the Director of the ONFVPD in Pawhuska and serves all victims residing within Osage Reservation/Osage County boundaries, Native victims in Oklahoma and Kansas, and Osage victims wherever they may reside. Recently, she was asked to serve as a peer reviewer for the U.S. Department of Justice Office of Violence Against Women during the upcoming grant review process. Just shy of two years working as the director at ONFVPD, Gray brings nearly twenty years of experience working in Indian Country in the areas of project management, program development, policy development, government reform, and economic development. In her short time at ONFVPD, Gray has expanded services for victims and their families and has been asked to speak on panels and conduct many trainings as part of her advocacy for the Osage Nation and as part of her personal dedication as a survivor.

According to their website with the DOJ, “The Office on Violence Against Women provides federal leadership in developing the national capacity to reduce violence against women and administer justice for and strengthen services to victims of domestic violence, dating violence, sexual assault, and stalking.”

Specifically, Gray will review the grant applications for special criminal jurisdiction. “This opportunity is very much welcomed,” she said, “… since the Nation recently passed legislation to extend criminal jurisdiction to non-Natives as allowed under the Violence Against Women Act.”

“This is a huge opportunity for our department and the Nation. OVW was very excited when [Osage Nation VAWA] legislation passed. I had been in communication with them through the process and we all waited together during a conference in Dallas to find out if the legislation would pass. Now I get to review grant applications that will show best practices for the implementation of special criminal jurisdiction. This couldn’t have come at a better time.”

According to the OVW website, “(OVW) currently administers twenty-five grant programs authorized by the Violence Against Women Act (VAWA) of 1994 and subsequent legislation…These grant programs are designed to develop the nation’s capacity to reduce domestic violence, dating violence, sexual assault, and stalking by strengthening services to victims and holding offenders accountable.”