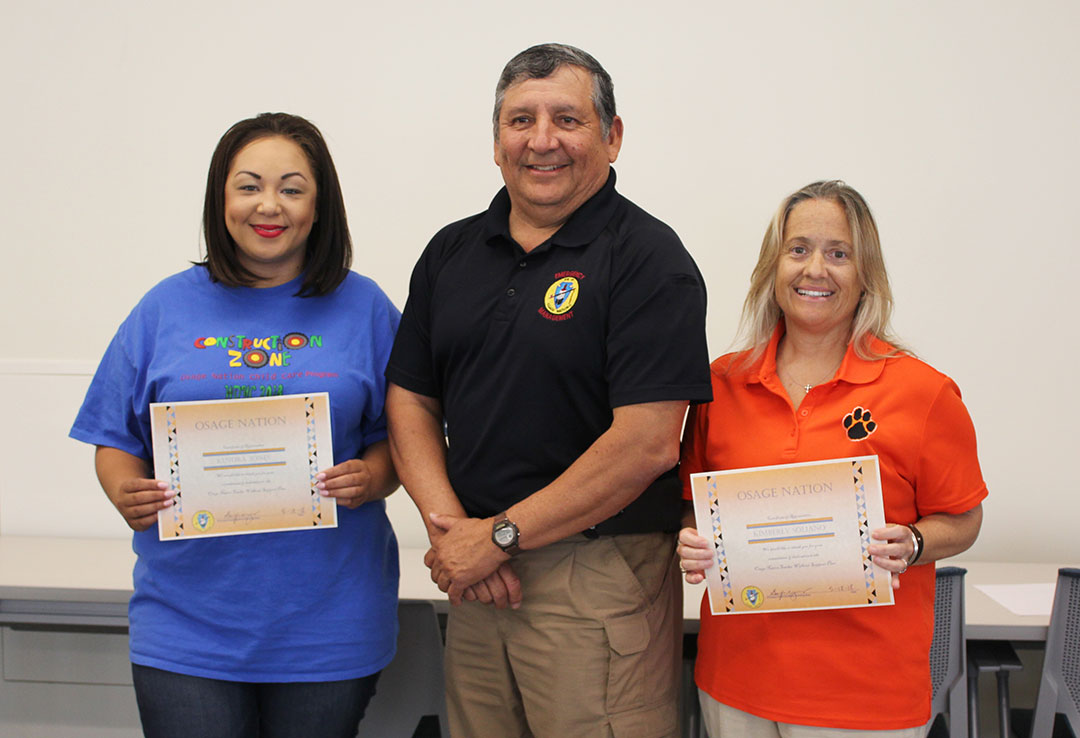 Osage Nation (ON) responded swiftly to the state of Oklahoma teacher walkout. With weeks to develop a team and a strategy, ON employees came together under the command of Emergency Management Director, Bobby Tallchief. Tallchief began the project, stating to team members, “We will ensure these kids are safe during the time-frame they are normally in a classroom setting.”

Emergency team members and the Human Resources Department managed site locations, recruited employee volunteers, prepared and delivered nutritious meals, and created a curriculum to provide education for the children. Sites were located in Skiatook and Pawhuska.  Skiatook City Manager, Dan Yancey, waived the fee for the utilization of the Skiatook Community Building in support of the ON and students. Kim Soliano, a local Pawhuska Public School teacher and Osage member, dedicated her time to the Pawhuska site. Director of Osage Language, Vann Bighorse, made a large classroom within the Osage Nation Language Department available. Elder Nutrition Director Sue Slinkard and staff prepared meals for both sites each day. Volunteers willingly delivered the meals. Osage Casino’s provided bottled drinking water for volunteers and students at both sites. ON Police Department monitored the parking lot during the student pick-up schedule.

April 13 marked the final day of the ON Teacher Walkout Support Plan. Tallchief asked the Osage students to fill out interviews and present their reactions to the curriculum. The students commented on many aspects of the school experience from getting to do ballet for the first time to learning that communication can also be accomplished through body language and facial expressions. Wyatt Bayro, son of Susan Bayro, announced happily, “I never knew there were famous Osage ballet dancers until I learned it in this class.” One student practically left the room in tears when she read her personal comments out loud. Arabel Standing Bear bravely stood up in front of her Osage classmates, the teacher, and Director of Osage Nation Education, and read the inspirational words out loud, “I wish we could come back or I wish that the Osage tribe could create or fund our own Elementary school because I love it here and it is spectacular… I’ve met new people and I’ve learned many new things.”

Soliano dedicated eight days of the Teacher Walkout duration to the ON support plan. When asked how her experience went, she responded, “I was privileged to love, protect, and teach these amazing students. We all had the opportunity to share in a wealth of learning experiences from archery and ballet, to STEAM and Osage culture and history. I can honestly say, I learned as much as the students.” Soliano and the students proved that learning is a recurring exchange of culture, values, facts, ideas, and respect for each other.