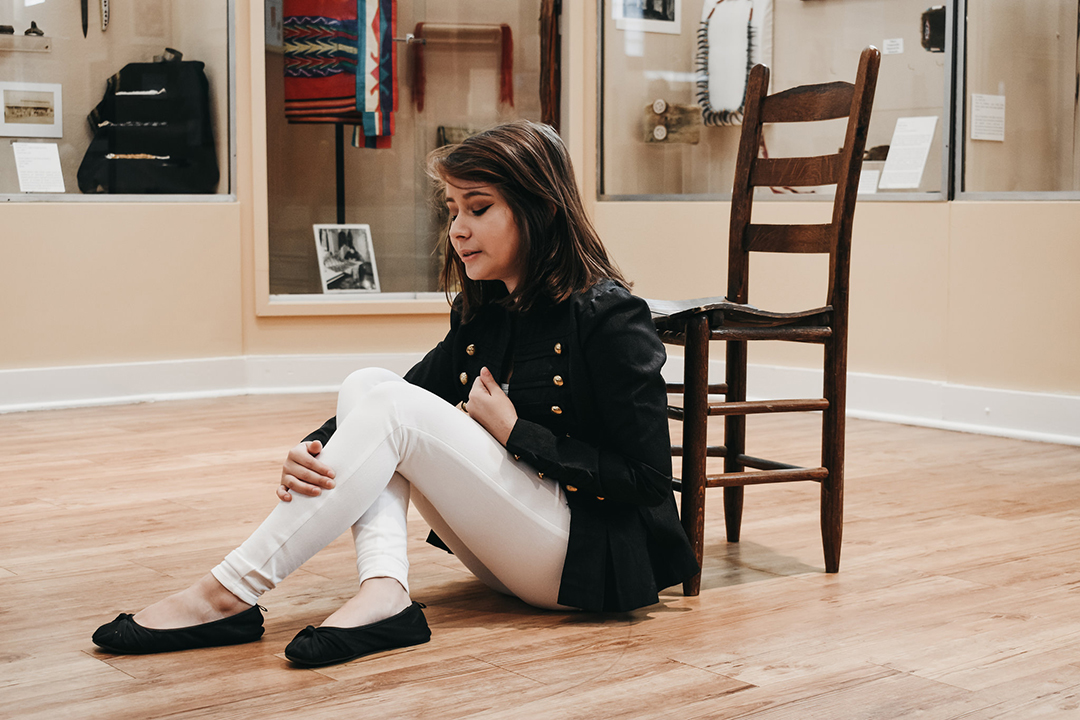 The Osage Nation Museum and Osage Nation STEAM Program teamed up to give students the opportunity to express their talents to an open audience.

The open-mic event, held at the Osage Nation Museum on July 21, was an opportunity for students to express their artistic abilities through all art forms. According to the museum’s curator, Hallie Winter, “There’s not anything in our area that offers this for [students], so we thought this would be a good idea to start a pilot program and hopefully see it continue to grow.”

Sixteen-year-old Jewel Santini of Skiatook High School performed a dramatic acting piece that addressed different life lessons. Santini explained the subject of her “script [is] worrying because everyone kind of overreacts or they underreact and don’t expect things to happen but it always does when you least expect it.” She delivered her message through sometimes humorous and dramatic words and movements.

Next, twelve-year-old Isabella Holding of Hominy Public Schools showcased her photography, which ranged from colorful nature images to fun informal scenes with her family.

During the performances, Caleb Rackliff, a videographer filmed the event in its entirety. His work will be posted to view soon.

Winter and STEAM coordinator Jennifer Holding thought the event was a success, with Winter saying, “We think it was really good for the first time. We were really happy to have the ballet come and perform for us and just the different mediums that were presented. It was a complete range of things, so it wasn’t just stuck on writing or art. There was a diversity of other creative talents.” Holding said, “Definitely, it was all art but it was so different. The drama piece, I thought was awesome.”

Don’t expect this to be the last of the Osage Youth Open Mic Series, Holding said. She said they’re “hoping to have [the open mic series] at least two to three times a year” and “the ballet is already talking about more things they can do.”