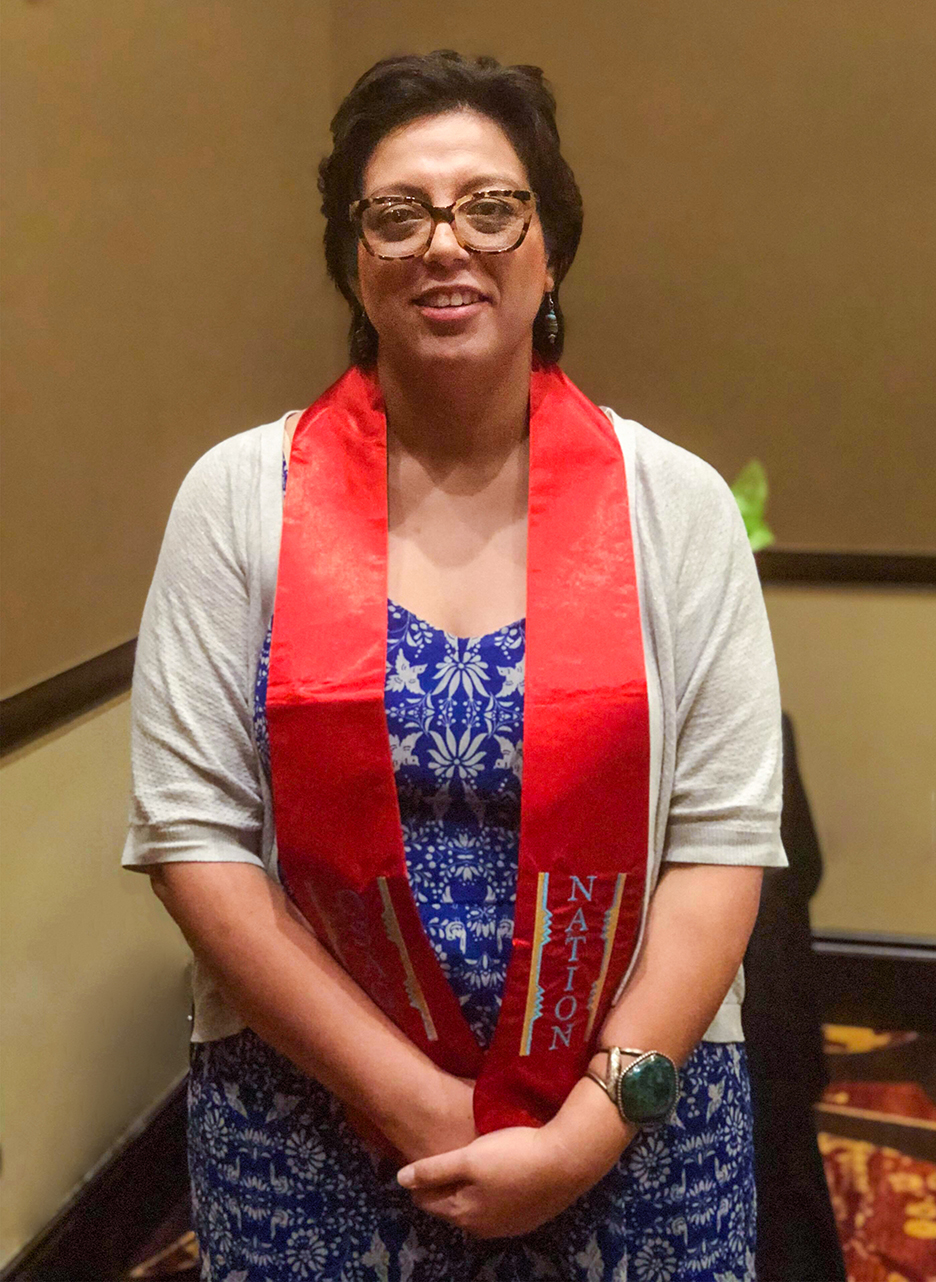 Amanda McKinley is the new second-grade teacher for the Osage Language Immersion School. She will begin working with her new students after they return from summer break on Aug. 13.

“I’m excited about Mrs. McKinley joining our teaching family at the Immersion School and think she’ll be an incredible resource and asset to our students, staff, parents, and community members,” said David Webb, the school’s Headmaster. “In addition to her educational pedigree, Mrs. McKinley’s desire to preserve and perpetuate the Osage language will be a very valuable attribute that she’ll bring to the Immersion School.”

The 2017-2018 school year will be the first year the school offers second grade and McKinley is proud to be part of the school’s growth and history. Webb said that the school will also be transitioning to the Reggio Emilia Approach - an educational philosophy that is student-centered and self-directed. The program is based on principles of respect, responsibility, and community through exploration and discovery.

“I believe that Mrs. McKinley will play a vital role in that transition,” he said. “The school is blessed to have such an exceptional educator!”

McKinley, Osage and from the Grayhorse District, just received her Master of Science in Education Leadership from Kansas State University and is a former Student Advocate for the Nation’s Education Department where she monitored and tracked Osage student progress in the Osage County public school system. She has also worked as a teacher at the Osage Nation Head Start in Pawhuska.

“I believe in what the Immersion School is trying to accomplish, and I look forward to working with our students,” she said. “It’s exciting to be able to teach our Osage children and be part of their development. It’s important for these children to know their Osage culture, language, and history as they move forward in their studies.”

She will also be teaching alongside her mother, Paula Martinez, who joined the Immersion School staff in 2017 as the first-grade teacher. Martinez was also named the 2017 Oklahoma Council on Indian Education’s Teacher of the Year. Martinez said it has been a dream of hers to work alongside her daughter. She hopes that together they can help to strengthen the school and further the success of their students.

According to the National Indian Education Association on the importance of Native teachers in classrooms, “Native students are more likely to thrive when Native languages, cultures, and histories are present and celebrated in the classroom. As an integral component of culture-based education, Native languages are key to the success of Native students in the classroom and beyond.”