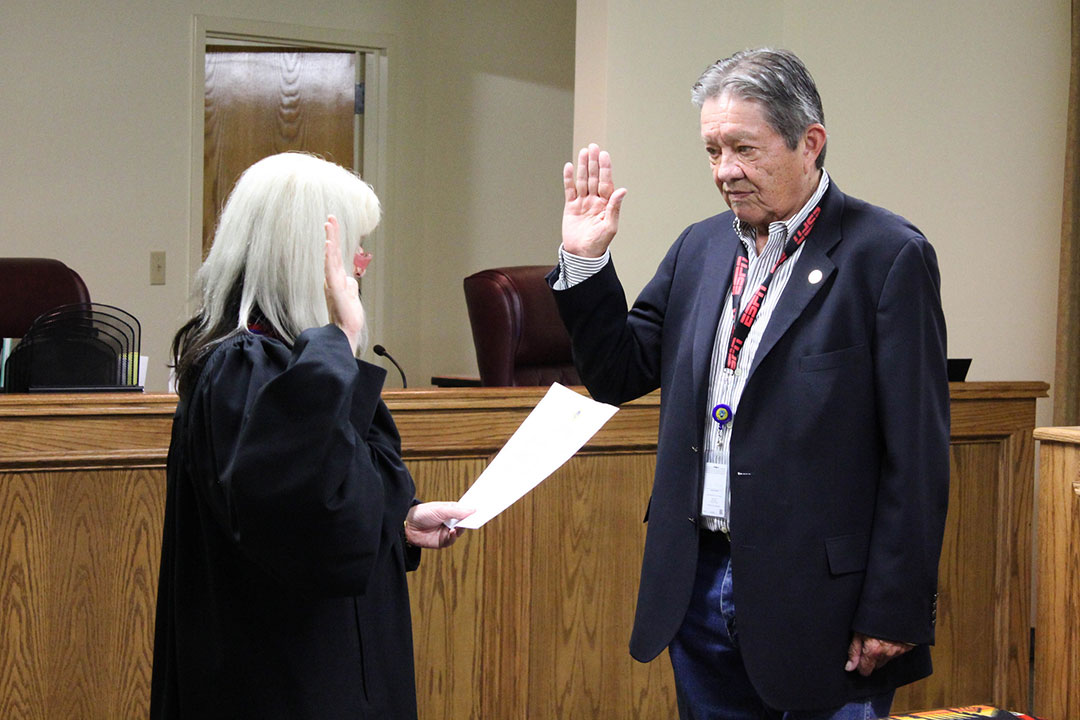 On Aug. 10, Alexander took his oath to continue serving as interim Treasurer at the ON Tribal Courthouse with ON Associate Trial Court Judge Lisa Otipoby-Herbert presiding.

In 2016, Alexander was first appointed and confirmed as Treasurer by ON Congressional vote to serve the remaining term after former Treasurer Callie Catcher retired and Alexander accepted a request to continue serving as Treasurer for a four-year term, Standing Bear said at the courthouse.

According to Osage law establishing the Department of Treasury, the ON Treasurer shall be appointed by the Principal Chief and confirmed by Congress. The law also states the Treasurer shall be at least 25 years old, have no felony convictions and shall have obtained a bachelor’s degree with a certified public accountant’s license and degree preferred.

Alexander managed his own accounting firm before serving as ON Treasurer, according to his LinkedIn profile. He holds a bachelor’s degree in business accounting from Northeastern State University. Alexander also served as an elected Muscogee Creek Nation National Council representative and has worked as an outside auditor for several tribal and local governments.

Alexander is also a U.S. Army veteran and served as Speaker while on the MCN National Council. He also served as Tax Commissioner for the tribe and chairman of the MCN Gaming Operations Authority Board. Alexander is a state-certified public accountant, according to the Oklahoma Accountancy Board.