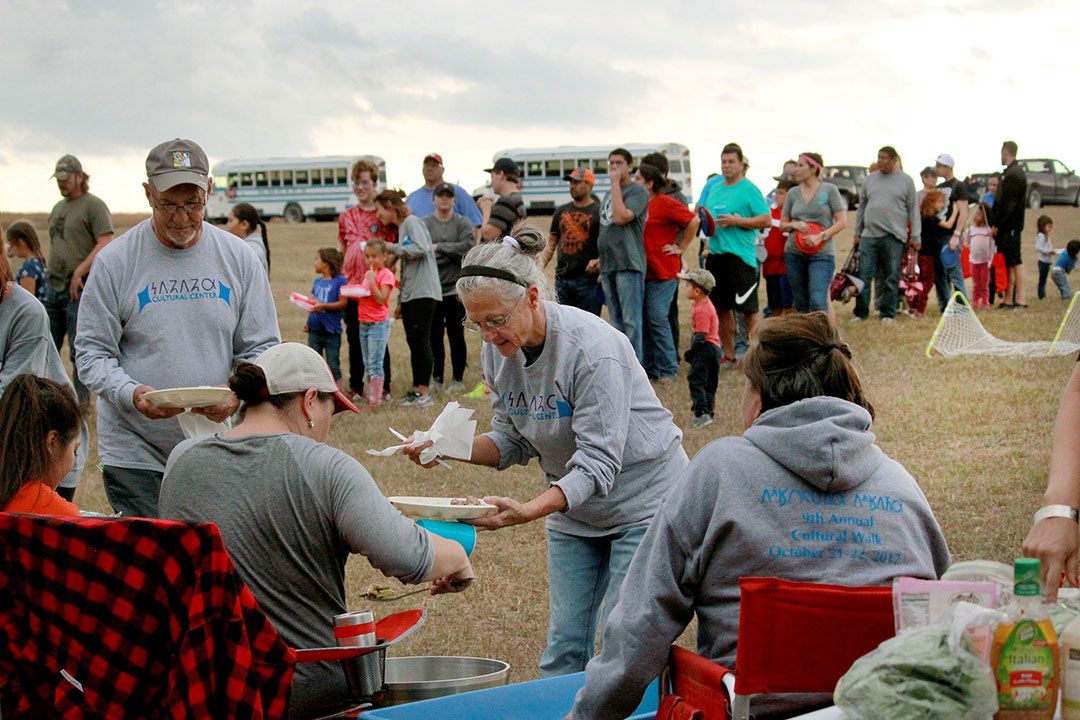 For nine years the popular annual cultural walk, which was hosted on the privately-owned Mullendore Cross Bell Ranch, was an overnight campout with cultural activities that ended with a symbolic walk from the point where Osages crossed over into Indian Territory from eastern Kansas in 1871. The event was started by Vann Bighorse, who is now the director of the Osage Language Department. The Historic Preservation Office also played a big role in hosting the event in past years.

“Since the conception of this annual event we have been looking for ways to make it better and progress,” said WahZhaZhe Cultural Center Director Addie Hudgins in an ON press release. Hudgins has been involved with every cultural walk since its inception. “We feel this is a great time to move forward and make great use of the beautiful land we as a nation now own again.”

The Annual Cultural Encampment is Oct. 20-21 and will consist of an overnight campout and cultural activities on the Bluestem Ranch. Registration begins Aug. 20 and ends Sept. 21. The Nation took ownership of the 43,000-acre ranch from media mogul Ted Turner in 2016.

Eligibility for the Cultural Encampment consists of an Osage Nation membership card. Non-Osage parents, spouses, or significant others will be allowed with a registered Osage member. Children 17 and under must be accompanied by a parent or guardian. Participants must attend orientation and a training the morning before the campout. No alcohol, ice chests, and no pets. The food and water is provided. Pre-registration is required, there will not be onsite registration.

“Our people walked from the Ohio basin to what is now the Osage Reservation. Over the past nine years, we have experienced what the journey might have been like for our ancestors from eastern Kansas. This year, on the tenth anniversary of this cultural family event, we are excited to announce a new adventure,” Hudgins said in the release. “Please join us for the 10th Annual WahZhaZhe Cultural Encampment at our very own Bluestem Ranch.”