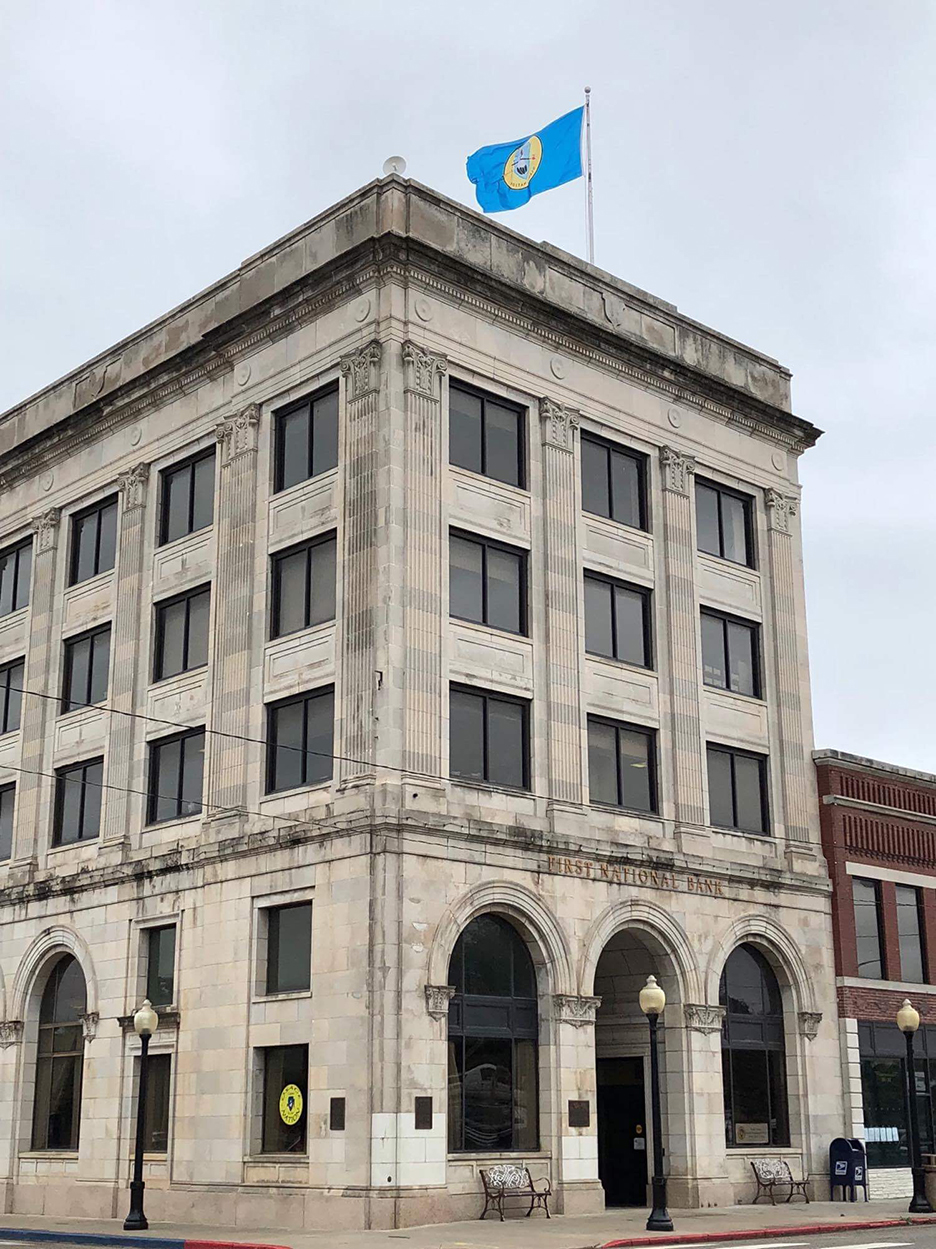 Capitol Building may not be permanent home for Osage Congress

Members of the Osage Congressional Affairs Committee agreed that the Capitol Building should be used for economic development and not a permanent home for the Osage Nation Congress.

“As we all know, there are economic development opportunities with this facility. As long as we’re here there’s nothing being accomplished in that area, and I think there are some ideas that are floating around,” said Second Speaker Joe Tillman in an Aug. 21 congressional affairs committee meeting. “So, I think it’s a message to the Osage people that we’re thinking about doing something here, other than a temporary place for Congress, or having office spaces for the ones that are upstairs.”

The Capitol Building is located across the street from the wildly successful Pioneer Woman Mercantile, owned by Food Network star Ree Drummond. The Mercantile brings in thousands of people from across the country throughout the year and on the campaign trail, Osage candidates brought up the need for the Nation to capitalize on the traffic coming through Pawhuska.

Currently, the 12-member Congress and their staff occupy the ground floor of the Capitol Building and their staff uses office space in the adjacent building.  The Nation purchased what used to be the First National Bank building in 2016. Two Osage Nation departments also make their offices in building on the second and third floor, along with two other business entities. The fourth floor is empty.

Congressman Archie Mason, who has served on Congress since 2006, said he would like for the Congress to be “on the hill” with the rest of the Nation’s departments and the Executive Branch. He referenced the Campus Master Plan and the Nation’s 25-year Strategic Plan, which both call for a new building for the Congress. Currently, the Nation has only completed Phase 1 of the master plan, which is the completion of the Welcome Center and the Law Building.

Mason said that he is now a great-grandparent and an elder and he doesn’t want to wait much longer.

“I hit that great-grandparent and that elder side, get stickers for parking that say I’m an elder and I get to thinking, you know, I may not make it to Phase 3,” he said. “So, I’m kind of anxious to get to Phase 2 ... so we can get us a building built so I can appreciate it after all these years, and if not me, then the Congress people after me.”

Assistant Principal Chief Raymond Red Corn asked the committee if they had funds they could use to start the RFP process for architectural and engineering studies. Congressional legal counsel, Loyed “Trey” Gill, said the Congress had approximately $900,000 they had appropriated for different construction projects to improve the Capitol Building, including making the fourth floor into offices for the Congress. But, that is no longer the plan.

Red Corn suggested they consult the master plan because there was a location by the Law Building where they could tap into the geothermal cooling and heating system if they wanted to construct a new building.

Tillman asked Red Corn about any prospective ideas for the Capitol Building after the Congress vacates. Red Corn told the committee that Oklahoma State University may be interested in the Capitol Building for a possible restaurant to be managed by OSU’s tourism and hospitality school, and possibly their culinary school. He said those discussions are still in the early stage.

“We would like to move out of here in a timely manner, but we can’t go anywhere until we have construction and have a building to move to,” Tillman said.

Red Corn said as soon as the money already appropriated for building improvements was repurposed to fund RFP’s for construction and architecture, then they could get to work. “We’re happy to work with you on that,” Red Corn said.

When Red Corn was asked about a possible partnership with OSU for a restaurant in downtown Pawhuska, he said: “We are in talks with a prospective tenant and they’re in the earliest stages and there’s no further comment.”