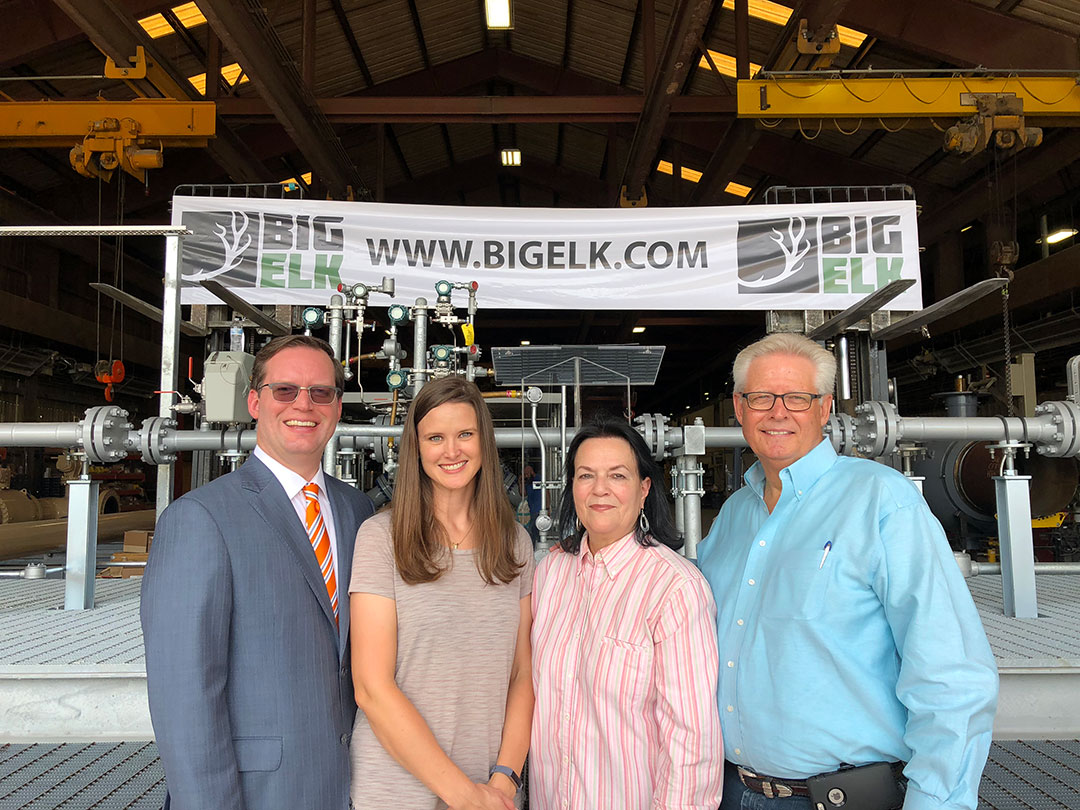 TULSA — An Osage-owned business is turning heads as the fastest growing manufacturer in the United States.

Employing almost 100 people, Big Elk focuses on drafting, engineering, systems design, piping layout and electrical and control systems. The company generated $20.6 million in revenue last year and is on pace to surpass that figure this year by more than $10 million.

Having grown by 3,152 percent, Big Elk was ranked 123rd on the recently released Inc. 5000 fastest growing companies list, making it the highest ranked manufacturing company and the highest ranked Oklahoma-based business. Twenty-three other Oklahoma businesses were on the list, including 11 from the Tulsa area.

“If you think about where we are standing now, just a few years ago, this was an abandoned facility that was shut down and the power cut off,” Tulsa Mayor G.T. Bynum said while standing near Big Elk’s shop floor in west Tulsa. “That is a strong testament to the team that founded the company and the work ethic of everyone working here today.”

According to data from the Tulsa Regional Chamber, manufacturing accounts for 60 percent of Tulsa’s job growth since 2016 and 11 percent of the Tulsa metropolitan area’s gross domestic product.

The firm is named for Opahtunkah, the 19th century Claremore Band chief and Hager’s maternal great-great-great-grandfather. Hager said he got the idea to name the company for his ancestor while his family was together to mourn the death of his maternal grandmother, Cora Jean Big Elk Jech.

“At her funeral, I heard a name that I hadn’t heard much since I was a child,” he said. “Honestly, I felt something on the inside as I was around my Osage family and heard this name a few times. It really felt like God spoke to me on the inside that … was it, a way to pay homage to that tremendous heritage.

“Even though the name is gone as a last name that people carry on, this was my way to make that name relevant again.”

Accolades in hand, the company is eyeing additional growth. Currently, most of its business is along the Gulf of Mexico and the northeastern United States. However, Hager said talks are underway that if successful, would secure energy infrastructure projects for the company in Latin America.

“This would be 100 percent new business, not just for Tulsa or Oklahoma, but for the country as well,” Hager said. “And it’s massive. The first project we’re pursuing would be nearly 2.5 times our entire revenue amount for 2017.”