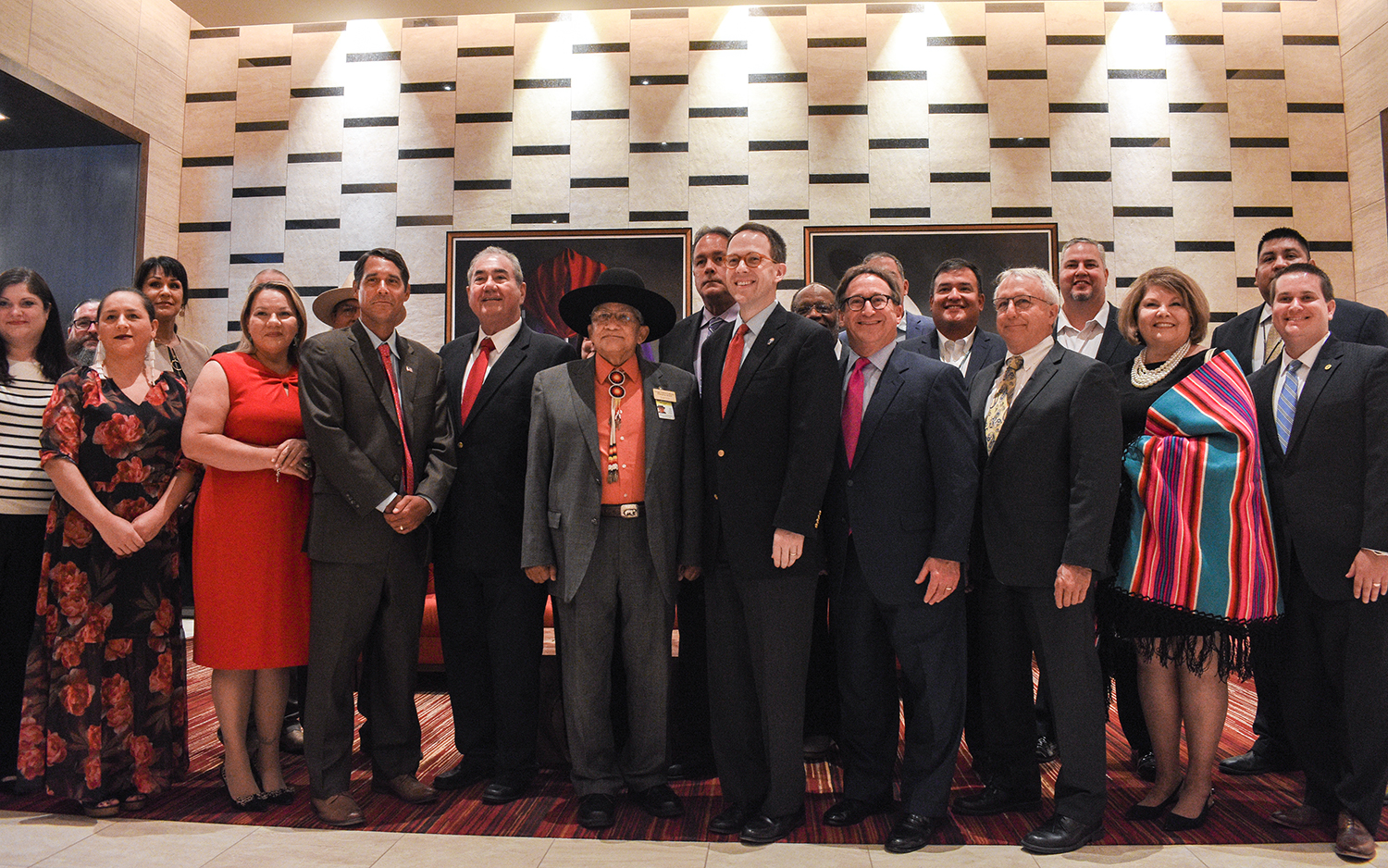 On Aug. 29, tribal, county and municipal officials cut the ribbon on a $160 million expansion of Osage Casinos’ flagship property in north Tulsa. Osage Nation members were allowed a sneak peek the night before.

On top of the new amenities, the facility has 1,600 electronic games, and 16 table games.

“This is a big step forward in the Tulsa market,” Principal Chief Geoffrey Standing Bear said.

“This is where we derive our revenue. Just about every aspect of our government receives casino money. Indian gaming has been nothing but a positive for the tribes, for the city of Tulsa and for the state of Oklahoma.”

Once the outdoor event space comes online, the expansion will create 400 new jobs, with about half at the event center. According to officials with the Tulsa Regional Chamber, the expansion is projected to have an economic impact of $32 million in wages and salaries.

In the near future, the expanded gaming floor will also include a new addition to the Oklahoma gaming landscape.

As part of a one-day special session on Aug. 24, the Osage Nation Congress approved amendments to the tribe’s gaming compact that would allow for ball and dice games at Osage Casinos.

Earlier this year, Oklahoma lawmakers approved a bill allowing for ball and dice games at tribal casinos as part of a $450 million revenue package to fund pay raises for public school teachers.

As of publication, 13 Oklahoma tribes have already received federal approval to their gaming compacts to add ball and dice games to their casinos, including the Cherokee Nation, Muscogee (Creek) Nation, Choctaw Nation, Citizen Potawatomi Nation and Kaw Nation.

With craps and roulette already offered across town at RiverSpirit and Hard Rock, Osage Casinos CEO Byron Bighorse said plans are in place to add ball and dice games to Osage Casino Tulsa in approximately 90 days, pending approval by both the state and the federal government of the gaming compact amendments.

“It will probably just be in Tulsa,” he said. “We’re going to try one roulette table and one craps table for starters but will need to do some more cost-benefit analysis to see if it’s good for us.”

“We want to offer the same games, so we don’t feel like we’re at a competitive disadvantage with the Cherokees and Creeks.”

Additional expansion of the property is also on the horizon. Bighorse said a plan has been submitted to the Osage Congress for consideration during the upcoming Tzi-Zho session that includes an additional 125-room hotel tower, a spa, an extra restaurant and a nationally branded steakhouse.

Even without the proposed additions, all the new features unveiled at the north Tulsa facility left at least one member of the gaming leadership team in awe.

“I’ve looked at the plans. I saw the pictures. But everything didn’t look like this. It didn’t do it justice,” Osage Nation Gaming Enterprise Board Chairman Mark Simms said.