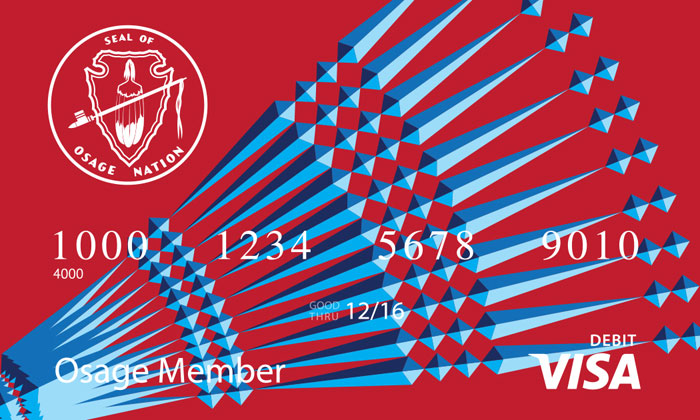 The Sixth Osage Nation Congress has appropriated $9.75 million for the Health Benefit Plan Fund for the upcoming year, the most money ever appropriated to the fund since its inception in 2008.

The fund has climbed steadily over the years from its first appropriation of $5.1 million. The appropriation is what funds the Health Benefit Card, which gives $500 to each Osage under 65 years of age, $1,000 to each Osage over 65, and Medigap insurance coverage for elders. The appropriation also covers the cost of the third-party administrator, San Mateo, Calif.-based WageWorks, Inc., which has been managing the benefit for a little over a year.

The fund was created by the Osage Nation Health Benefit Act, sponsored by Congresswoman Shannon Edwards. The 10-year-old law will be getting a closer look during the Congressional interim. The next session is the spring Hun-Kah Session. The Congress could also meet in the interim via a special session.

During the Sept. 25 Congressional Health and Social Services Committee meeting, Edwards introduced a committee substitute ONCA 18-70 that addressed perpetual enrollment for tribal members versus requiring tribal members to re-enroll every year and a three-year rollover for remaining balances in individual accounts. She has been discussing changes to the law for several months now with Principal Chief Geoffrey Standing Bear, she said.

“To me, those two items have morphed this into more of … really, a medical per cap,” she said. “When you don’t have to re-enroll, and you have $500 every year, then it really becomes a per cap. Then, the question becomes whether you should really even bother with this and just pay it.”

A per capita payment is a taxable income to tribal members that is most commonly given either yearly, quarterly or monthly. Osage leaders have repeatedly voted down attempts for per capita payments in the past. Surrounding gaming tribes, such as the Otoe-Missouria Tribe, give their tribal members a quarterly “revenue sharing” payment from their gaming revenue. The Otoe-Missouria Tribe has approximately 3,000 tribal members. The Osage Nation has about 21,000 members.

Congresswoman Alice Goodfox said she agreed that the Health Benefit Act needed to be revisited, but she would prefer to do the work in the interim instead of during the remaining few days of the Tzi-Zho Session, which could end as early as Friday, Sept. 28.

What is appropriated versus what is actually spent every year shows the increase in usage of the card. Standing Bear’s Chief of Staff Jason Zaun shared a breakdown of how much money the Nation has spent each year on the benefit, dating back to 2013.

According to information provided by WageWorks:

-       The health benefit card is used in all 50 states, including Puerto Rico.

Assistant Principal Chief Raymond Red Corn said Standing Bear wants to work in the interim with the Congress on the health benefit act. He said that with the perpetual enrollment there is potential for fraud. For example, if someone should die and their descendants keep using the card, they could use it for years because the deceased person is automatically re-enrolled every year. WageWorks isn’t notified of someone’s death until a family member contacts them or the Nation. However, they have not had any reports of fraud, he said.

A source who requested anonymity with the Osage News said the card was being misused by individuals and they didn’t know how many people were misusing the card. The Osage News asked the Chiefs Office if they knew of any misuse.

“We have received information of possible misuse of the card. We have contacted WageWorks and they are investigating. I have already alerted the Attorney General’s office,” Standing Bear said.