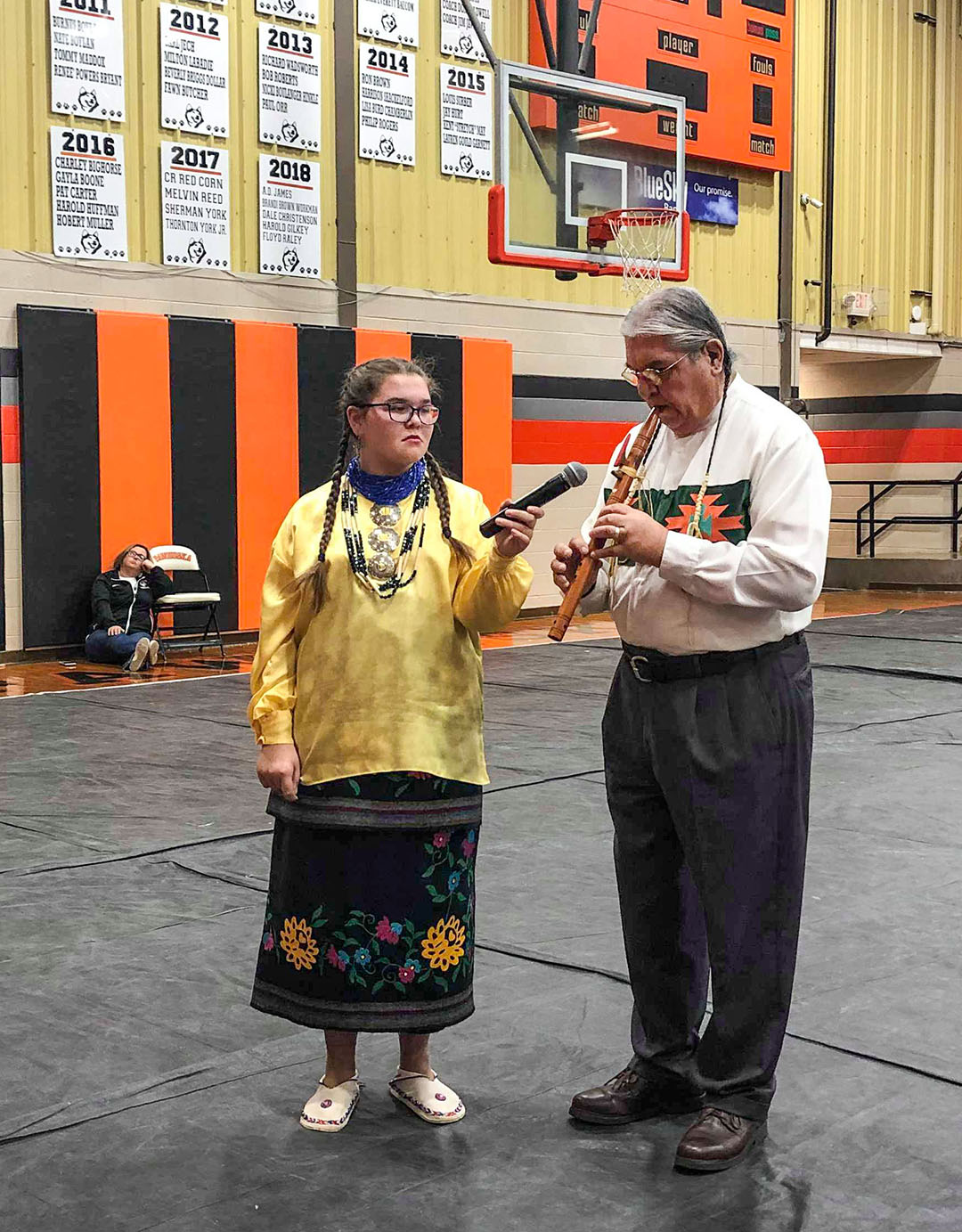 On Nov. 16, two sessions were held in the morning and afternoon for all students, the morning for Pre-K through 6th grade and the afternoon for 7th grade through 12th grade. Speakers for the event included Osage Nation Language Director Vann Bighorse, Osage Nation Congressman Archie Mason and a dance performance from Michael Loman (Creek). He demonstrated fancy dance, the eagle dance and the hoop dance.

Bighorse explained the Osage culture and the clothing of the students. He also explained the Native American culture of dancing and singing. Fifteen students dressed in their traditional clothing and demonstrated dancing, including a round dance, trot and two-step. Twenty-eight students participated in total. The rest of the school students were asked to join in the dancing and share in the Native culture.

The students were especially enthralled by Mason’s story-telling and flute playing. Mason taught in the Tulsa Public Schools for more than 30 years.

At the beginning of the school year, JOM parents fill out a needs-based assessment survey of services they would like to see the JOM parent committee provide. Culture ranks in the top three. More than 200 students in the Pawhuska Public Schools qualify for JOM, both Osage and Native American students from other area tribes.

According to the Bureau of Indian Education website, the Johnson-O'Malley Program is authorized by the Johnson-O'Malley Act of 1934 and the implementing regulations are provided in Part 273 of Title 25 of the Code of Federal Regulations. As amended, this Act authorizes contracts for the education of eligible Indian students enrolled in public schools and previously private schools. This local program is operated under an educational plan, approved by the BIE, which contains educational objectives to address the needs of the eligible American Indian and Alaska Native students.