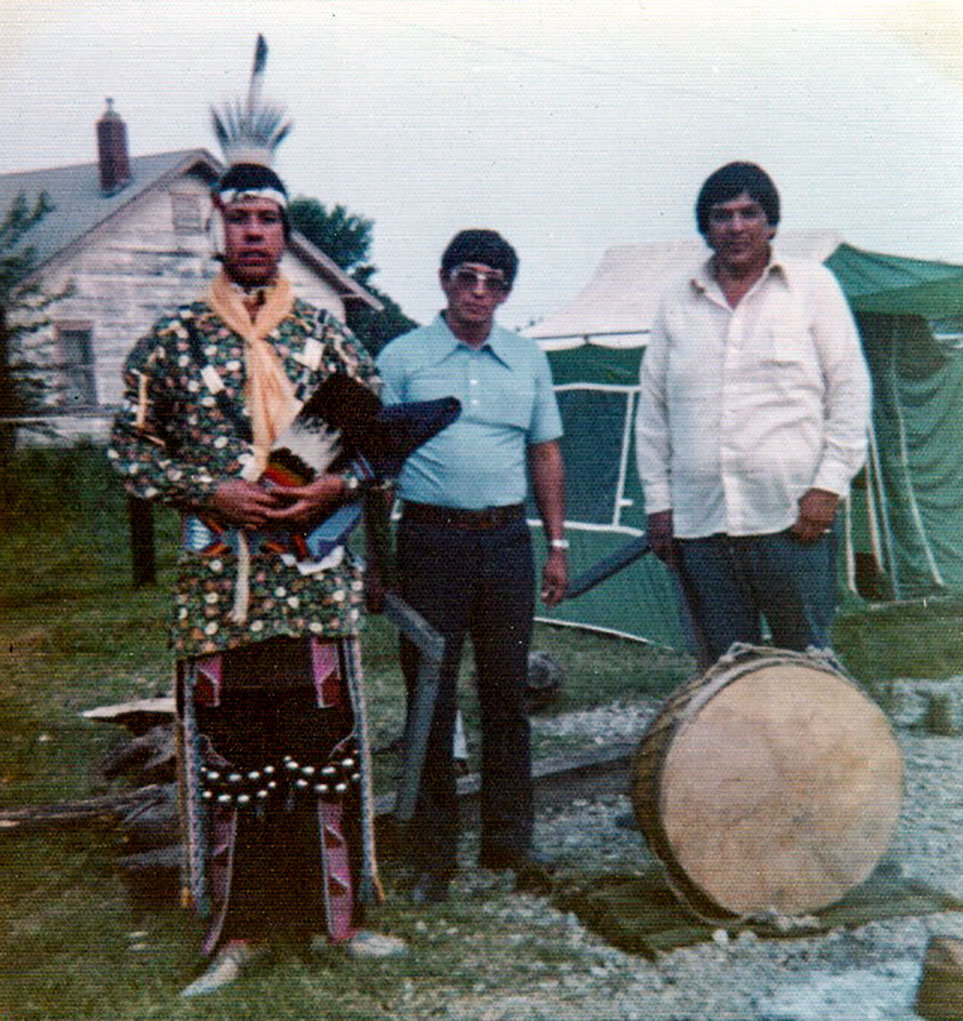 Steven Cody Tucker passed from this life on out past the sun.

He was a resident of Fairfax, Oklahoma, and a member of the Grayhorse E-Lon-Shka. He was Grayhorse Drumkeeper from 1960-1965. He accepted the drum from Johnathan Wainwright Goode in 1959 and passed the drum in 1965 to John Webster Williams.

He was an Honorably discharged Vietnam era veteran and a U.S. Army military policeman. For many years he was a crew boss and Superintendent in the petroleum industry.

He was a connoisseur and patron of the arts. And, among other things, it isn't verified but it is whispered that he is the creator and founder of "Bench Wars" as we know them in all three districts. Upon the destruction by fire of the old Grayhorse Round House and the completion of the "old" metal arbor. It was said by him that in the 1960s, folding metal or wooden chairs were hard to find. He cast about in desperation in order to give people a place to sit under the then "new" arbor. Luck would have it, that the Fairfax Baptist Church was selling off their old church pews. He bought them for a song brought them to the Grayhorse Indian village and placed them under the arbor his first year as Drumkeeper. He also said it was no more than a year or two later families began painting their names on these pews and claiming them as theirs alone.

In the waning years of his life, his vanity would not allow him to attend the dances. But his thoughts and reminiscence always led back to the three villages.

Well known in many places and a man who savored life and experiences. He is preceded in death by his father Alva Martin Tucker Jr., his mother Mary Louise Kenworthy Tucker; brother Jeffery Paul Tucker; sister Mary Alison Tucker Hall.

Memorial services are in keeping with Cody's wishes to be brief. A short memorial service will be held at 10 a.m., December 7, 2018, at the Grayhorse Chapel. A small detail will conduct a scattering of his ashes at his request.

A dinner will be served upon completion at the Grayhorse community building at noon.
It is advised that the location is difficult to access with low clearance vehicles and declining weather. It is also advised for most who come to remain at the chapel, then egress to the community building to wait on the family’s return from the dispersal.

Cody was generous to veterans, police and especially to the E-Lon-Shka drum.

The family would like to thank all friends and relatives for their help, comfort and assistance in this time of loss.