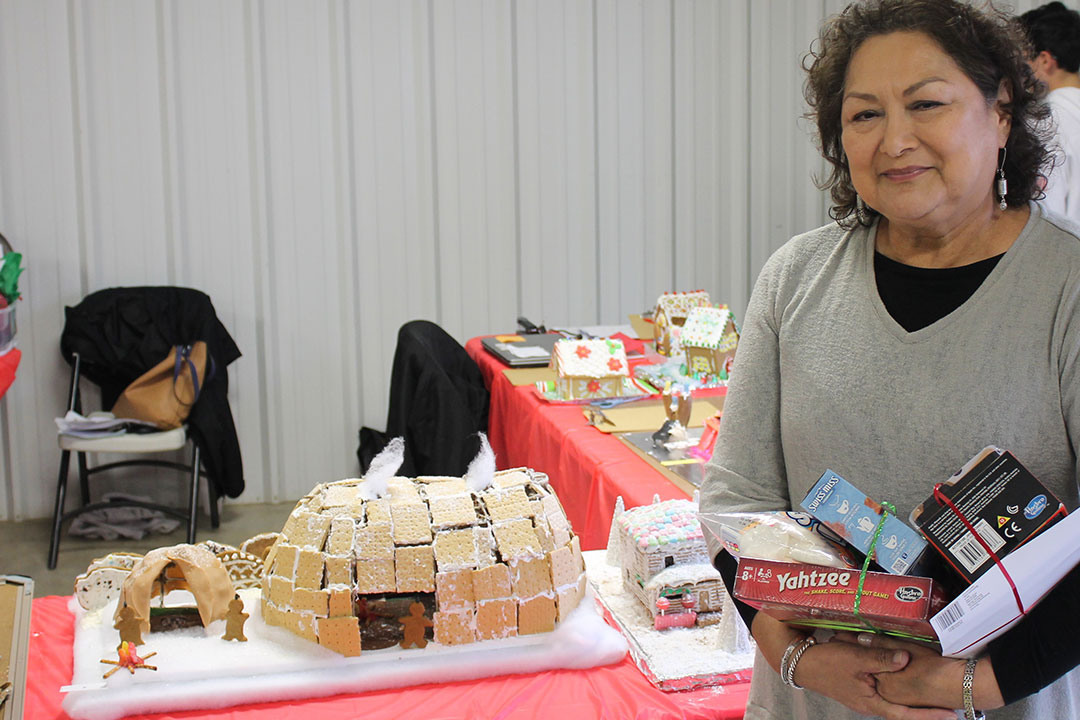 Child Division (up to 12 years old)

People’s Choice Award – Hominy and Skiatook High School Language Class – An Osage longhouse was constructed by Skiatook High School Osage 2 Language students based on Osage Nation Historic Preservation lesson plans on Osage Culture. The Longhouse was made by assembling a frame with two end poles and a cross pole on top. Bent side and end poles were tied together.  The longhouse was covered with graham cracker and fondant mats. Fireplaces inside the longhouse were built with candy drops and pretzel sticks. Benches and blankets were made from cinnamon sticks and fondant. Snowmen were made of marshmallows. Gingerbread people and a gingerbread bison herd were decorated by students.

The People’s Choice Award consisted of secret voting ballots. Anyone at the Holiday Market could stop by and vote for their favorite candy house or candy structure in the competition. After the competition, all of the votes were counted and there was a tie between three structures. A secret judge voted to break the tie.