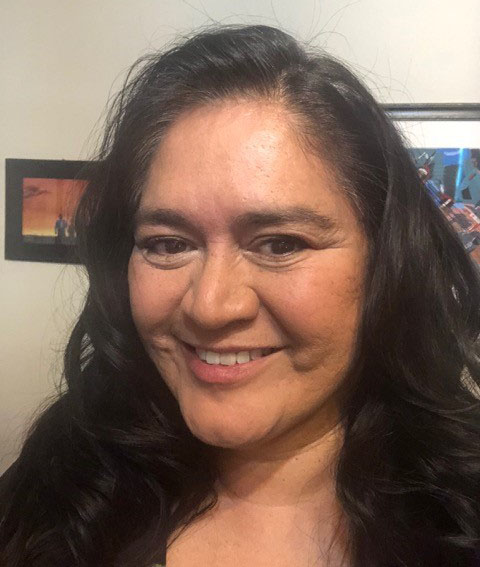 Marla Redcorn-Miller has been selected as the new director of the Osage Nation Museum, the oldest tribally-owned museum in the country.

Her education and extensive work history in various museum fields has employed her across Indian Country, but she will begin her first day on the Osage campus Feb. 1. She is no stranger to the Osage or the museum. She spent many summers in Pawhuska visiting her Osage grandparents, the late Harold and Louise Redcorn. She and her father, the late Osage artist Jim Redcorn, spent many days at the museum having conversations about Native artists. For Redcorn-Miller, everything has seemed to fall into place.

“I am honored to be the next Osage Nation Museum Director. Not only am I returning home, but I am returning home to serve my own tribe. For me, there really isn’t a more important and humbling job for a Native museum professional, and it is a significant responsibility that I will approach with great care,” she said.

“I have worked in the field of indigenous arts and culture for many years on local, regional and sometimes national projects. On many levels, these last twenty years have been an incredible journey and an information gathering process. I will bring this experience to the position.”

Redcorn-Miller, who is of Osage, Kiowa, and Caddo descent, will be leaving her post as the deputy director of the Museum of Indian Arts and Culture in Santa Fe, New Mexico, where she managed facilities, operations, security, visitor services, human resources, and finance. Among the MIAC’s nationally significant collections are the ICC art and ethnography collection; the archaeological collections of the Center for New Mexico Archaeology; and the Laboratory of Anthropology Library and Archives.

Raised on her grandmother’s allotment in the Red Stone Kiowa community by her mother Joby Henry Redcorn and her grandmother Mary Keahbone Henry, Marla’s interest in art history and the museum field stems from her upbringing in a tribal community as well as from the influence of her father.

“Mentors, like my father Jim Redcorn, inspired me to develop a strong vision for how indigenous art institutions can, not only support but also invigorate creative artistic practice among Native people,” she said in a statement. “The success factor of any vital indigenous exhibit or program is that it contributes to building a strong, meaningful bridge between the museum and the Native community it serves.”

Since 1992, she has worked in the curatorial, education and administrative departments of museums with significant collections of indigenous arts. These museums include the Philbrook Museum of Art, Tulsa, Oklahoma; the Thomas Gilcrease Institute of American History and Art, Tulsa; and the Museum of Contemporary Native Art in Santa Fe, according to a statement.

Marla is the widow of Steven Miller and the proud mother of their daughter, Lanora.

“I think of the Osage Nation Museum as a place of gathering, of community, and of sharing the powerful story of the Osage people,” she said. “As director, I will strive to create exhibits and programs that represent the finest achievements of the people – artistically, culturally and intellectually.”