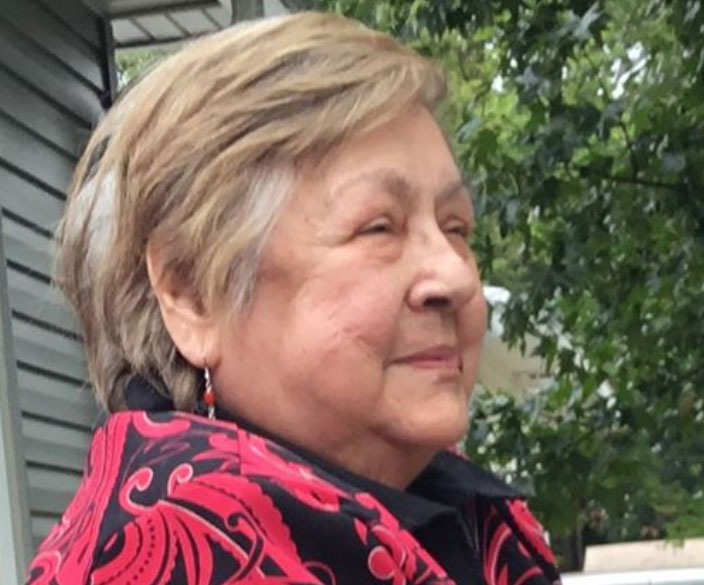 Snooky was born October 12, 1939, to Jug and Irene Miles in Pawhuska, Oklahoma. She was raised on the Osage Agency Campus and affectionately referred to the group of kids raised there as Campus Kids.   She graduated from Pawhuska High School and later attended El Centro College in Dallas. A board member of the Dance Maker Academy ballet school, she followed her great-granddaughters to performances in Santa Fe and Rolla, Missouri with great pride. She received training and was a licensed LPN at Jane Phillips Hospital in Bartlesville, Oklahoma.

Following a move to Chicago in 1968, she followed her heart and was active in the Indian Community serving as Director of the Dallas Indian Center. 1972 found her in Huntington Beach, California where she was active on Indian Affairs boards and taught Indian Culture Classes at Terminal Island Federal Penitentiary. The mid-1970s brought her to the American Indian Community House in New York City where she served in various capacities and formed lifelong friendships. It was during this time she married Albert Wiseman, a fellow employee of the Community House and wood carver. She and Al began their business Mary Al and followed the powwow trail up and down the eastern seaboard. After leaving the Community House, she and Al made their home in Pennsylvania and began their annual trek to Florida where she would begin working for the Miccosukee Tribe of Indians of Florida managing their Gift Shop, Village and Museum. Following retirement, she returned to Osage County, residing with her sister Cora, where they enjoyed cruises to Alaska, Mexico and the Caribbean with nephew Jack and wife Chee. Additionally, she and her sister assisted her nephew Bill, in Powwowing and selling crafts at Denver March, Gathering of Nations, Santa Fe Indian Market, Shinnecock and various local gatherings.    Later in life, she enjoyed watching and guiding her daughter’s passion for traditional ribbon work. A great source of pride was her granddaughter’s ability to speak, read and write in Osage, the Oklahoma Native American Youth Language Fair was one of her favorite outings.

While her travels were epic, it’s the sidebars that are interesting. On her first night in Chicago, she experienced the riots during the Democratic convention with police going up and down the street with megaphones telling people to shelter in place. During her time in Dallas, she served on the Nixon Administration’s White House Conference on Aging and attended a formal dinner at the White House.

Many have asked, “What was Snooky’s real name?” Mary Margaret Miles, she received the name Snooky from the nurse papa hired to take care of her and grandma when he brought them home. The nurse gently lifted her and said, “She looks like a Snooky.” And that nickname stuck 79 years.

While her blood family was few in number, her adopted family was amazing. Throughout her moves, she met lifelong friends who became family and she kept up with them, evidenced by the calls, visits and messages we have received, sharing stories of her kindness, support and fond memories.

Traditional Osage Services were held at the Grayhorse Chapel, Friday, November 9 with John Red Eagle officiating. Catholic Graveside Burial with Father Desmond officiating. Rock Pipestem sang at the graveside, with great-granddaughter Jordan Price providing a reading at the service and great-granddaughter Sam Harding and Joseph Duty offering the Lord’s Prayer in the Osage language at the dinner. Grandsons Miles Kennett, Seth Harding, and Gage Price were pallbearers as well as Taos Barrone, Wade Bevill and Joe Washington. Burial was in the Grayhorse Cemetery.