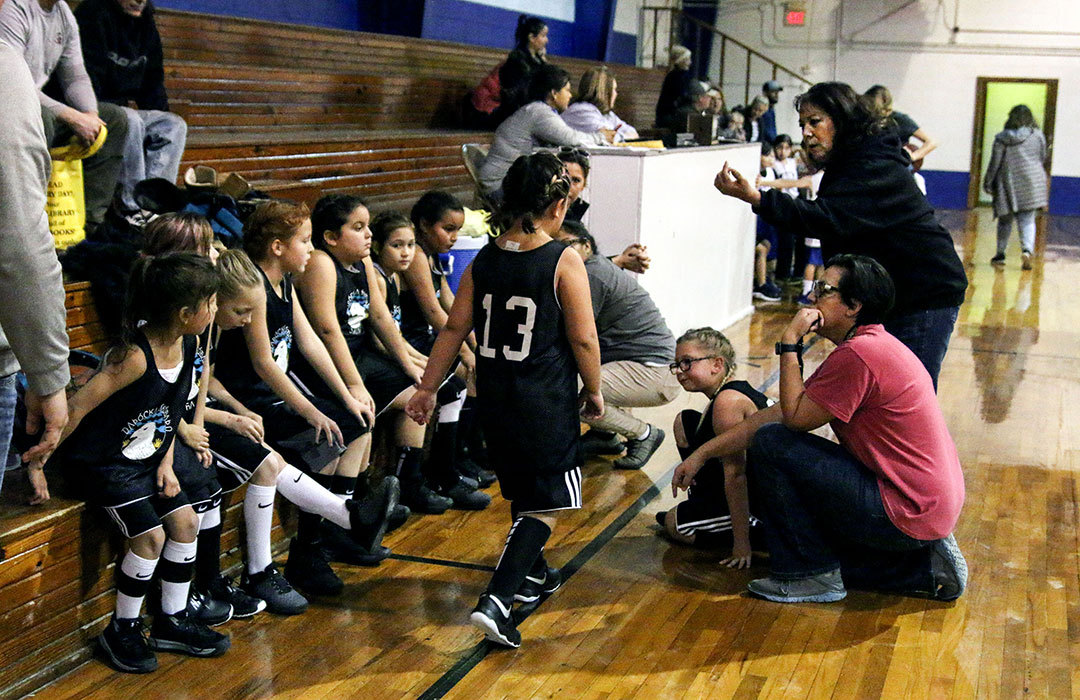 On Dec. 14, the Daposka Ahnkodapi Eagles basketball teams took the court for the first time, playing the Woodland Cougars in Ralston.

Second-grader Pehan RedCorn scored the Eagles’ first-ever basket, something she said she is very proud of.

“I was pretty happy I made the first two points in my school’s history,” she said. “No one is going to beat that record.”

One of the taller players on the girls’ team, RedCorn said she prefers playing defense because of the challenges it presents but likes the chance to score as well.

“I like being in the middle. I am the biggest and the oldest in my classroom, so I’m the one who is going to be open a lot. They can just throw it to me, and I’ll throw it in the basket.”

Games and practices are used as an opportunity to reiterate not only the importance of staying healthy and fit but also language lessons from the classroom. Osage words are used for calling out plays and team names in intra-squad scrimmages.

Although both immersion school teams lost their season opener, Martinez said she sees the potential for the future, as many of the students are just starting to learn the fundamentals of the game.

The teams are scheduled to play McCord’s third graders on Jan. 11. Talks are underway to potentially schedule additional games with elementary school teams from Hominy, Woodland and Pawhuska.

“We just want to play ball,” Martinez said. “This is a learning experience and it’s nice to be part of making history with our little school.”