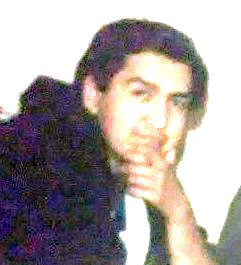 John was born on Friday, June 11, 1971, in Oklahoma City, Oklahoma to Bryce and Kathryn Ann (Roberts) Jake. He is the grandson of the late James Chakah and Anna Kathryn (Goode) Roberts Sr. and great-grandson of George H. and Mary Roberts Sr. and Hall and Maggie (Yellowhorse) Goode Sr. He was of Osage and Pawnee ancestry and from the Grayhorse District.

He was raised in Oklahoma City where he attended school before moving to Fairfax with his mother. At the age of 12, his mother passed, and John continued his education in Fairfax while living with relatives in Fairfax. As an adult, he worked at Wal-Mart stores in the Tulsa area.

John enjoyed boxing, playing guitar, going to tough-man contests in the Tulsa area, and the Beatles.

Survivors include his father, Bryce Jake of Colorado Springs, Colorado; uncle Richard Roberts of Tulsa, Oklahoma; many Jake & Roberts family cousins, as well as other extended family and friends.

Arrangements were under Hunsaker Wooten Funeral Home of Fairfax.

Online condolences and memories may be shared at www.hunsakerwootenfuneralhome.com

John was a kind and gentle person who loved spending time with family and friends.  He will be greatly missed.