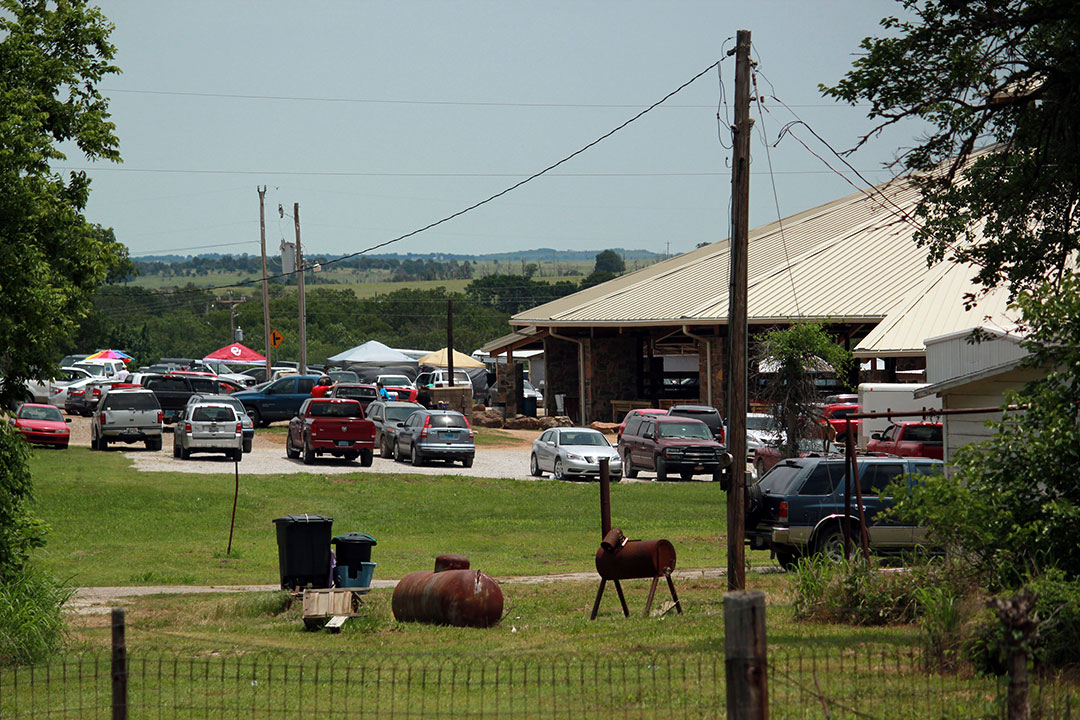 Construction on a Grayhorse Broadband Project is set to begin as soon as a contractor is selected.

According to Mark Kirk, director for the Nation’s Information Services, bids for the project have been received and the contractors are being vetted. Once a contractor is selected, and barring any obstacles throughout the year, he estimates the project to be completed by the fall. Kirk and Candy Thomas, director of the Nation’s Planning Office, met with the Congressional Commerce Committee on Jan. 18 about the project.

The project will place three towers in the Grayhorse area to provide broadband internet for Grayhorse citizens and emergency service entities. Kirk said the location for the two towers has been verified and the location of the third tower is still being negotiated with a landowner. A second component of the project is to place a tower for broadband internet in the community of Bowring, but with the government having been shut down, Kirk said paperwork for the project has stalled.

Thomas said there is a misconception about the broadband internet and who it will serve in the Fairfax community. Unless the Nation goes into business as a retailer to manage and sell internet access, the broadband will only service the citizens of Grayhorse, which is located approximately five miles southeast of Fairfax. According to the grant stipulations, internet will be provided to public entities such as the fire department, hospital and emergency management agencies.

Thomas said a community center with six to eight computers will be made available to citizens of Grayhorse for at least two years, as stipulated by the grant. Usage of the center will be free.

The Nation won a $3 million grant from the U.S. Department of Agriculture’s Community Connect Grant in 2017 for the broadband project. The grant helps fund broadband deployment into rural communities where it is not yet economically viable for private sectors to deliver service, according to the USDA website.

According to a four-page Memorandum of Understanding between the Osage Nation and Osage Innovative Solutions signed on Dec. 14, 2018, OIS is responsible for overseeing the grant, its regulations, and requirements for both the Grayhorse Broadband project and the Bowring Broadband project. OIS is a subsidiary of Osage LLC.

The Osage Nation will assist in the management of the day-to-day administration and implementation of the grants, according to the MOU.