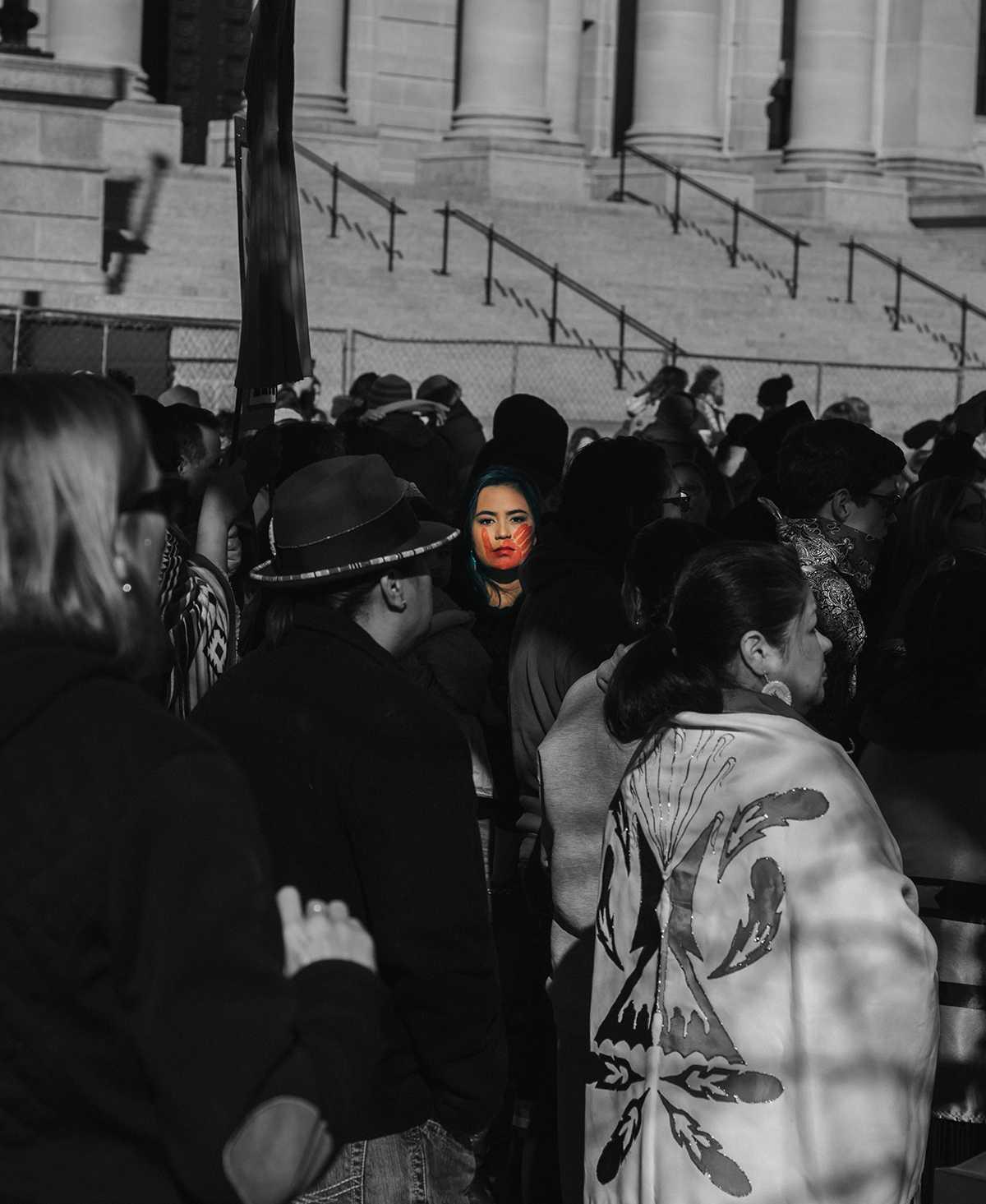 A black and white image of a Native woman in color, standing amongst a crowd with a red handprint over her mouth is featured on the 2019 International Women’s Day Postcard.

The image is by Osage News photographer Cody Hammer (Cherokee/Creek). He entered the photo into a contest hosted by the National Indigenous Women’s Resource Center and the National Resource Center on Domestic Violence. His photo was chosen out of 41 art submissions from 35 Native American artists.

The theme for the contest was Missing and Murdered Indigenous Women & Girls. The image, “The Silenced Sister,” feature’s Hammer’s wife Mary. He said she was walking in the Oklahoma City Women’s March on Jan. 20 when she turned to look at him and he took the photo. He entered the photo into the contest and he was notified on Jan. 25 that he had won.

He said in his artist’s statement, “This image is very strong and close to my heart. I highlighted the woman to represent the woman/girl who was silenced and was always in the crowd.”

“I care deeply about this topic as a father, son, and husband of indigenous women. Bringing awareness to these cases and legislation means that my daughters might have a safer future,” Hammer said. “A future where they aren't scared of being taken or find out that someone they care for has been taken. MMIW and MMIWG is the reason why I protect my family to the best of my abilities and advocate for the fallen sisters that can't advocate for themselves.”

Anne Menard, CEO of the National Resource Center on Domestic Violence said the image was powerful and spoke to the message of the organization.

“Everyone who has seen it so far has been very moved by its vivid message to all of us and the need for action,” she wrote. “Your personal statement also had a strong impact, especially for those of us with daughters.”

Hammer lives in Skiatook with his wife and three daughters. To see more of his work visit his Facebook page at Reduced Lunch Photography. Hammer’s photography focuses on portraits, family portraits and sports photography.