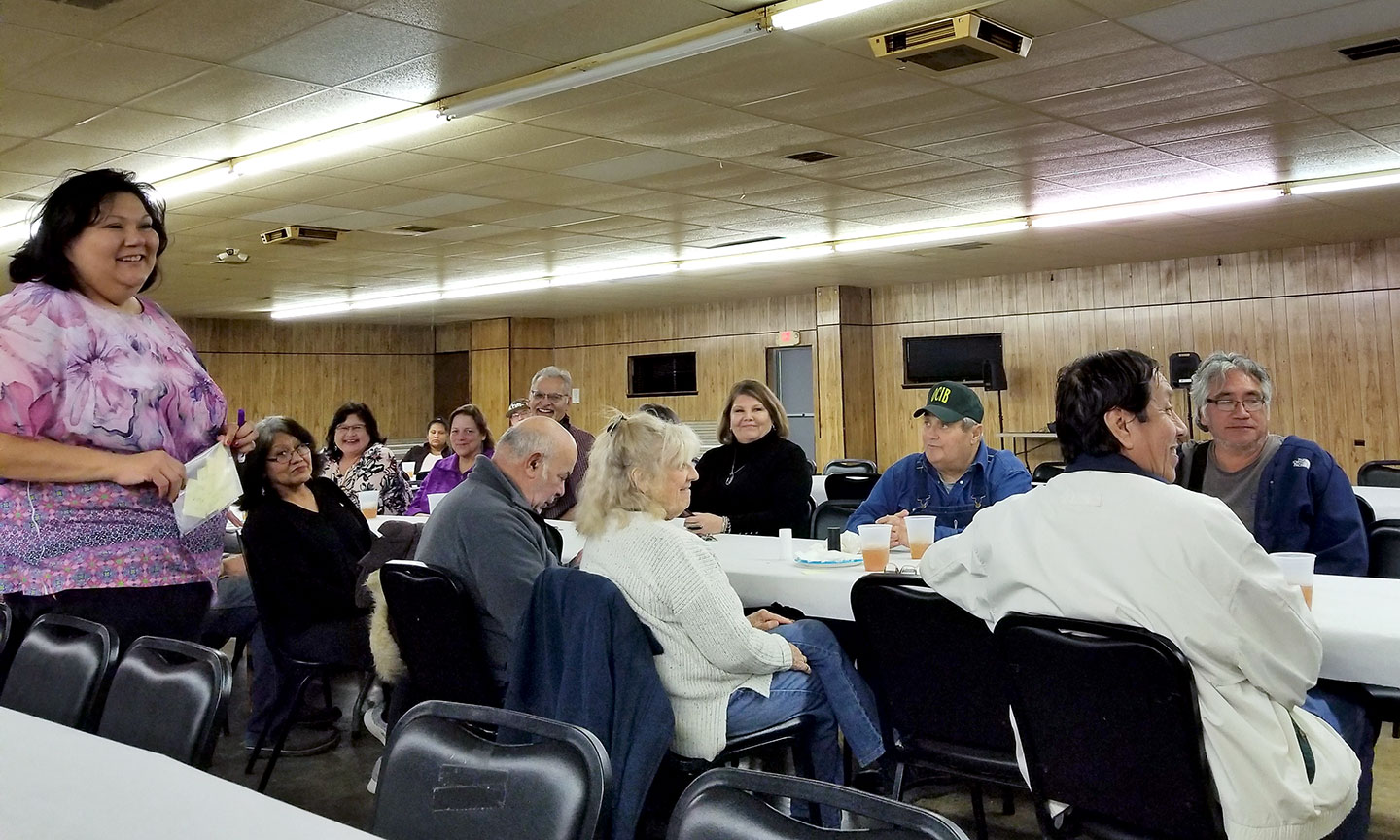 By summertime, the Pawhuska Village will have its own playground park for youth residents to enjoy after the Village Committee recently purchased used playground equipment for the planned park space west of the Wakon Iron Community Building.

The newly-named Wakon Iron Park will be situated east of Thunder Fear and bordered by Wakon Iron Boulevard on the south and Eagle Chief to the north. A groundbreaking ceremony for the playground equipment is scheduled Monday, March 18 at 6 p.m.

Attendees received an update on the park during the Village Committee’s Feb. 21 meeting following a fellowship potluck.

The Village Committee purchased two sets of surplus playground equipment from the City of Bartlesville, said Village Committee Chairwoman Marjorie Williams. One set is intended for children ages 2-5 and the other for ages 5-12.

The recent inclement weather in February delayed groundbreaking plans due to the wet ground and warmer temperatures needed to pour cement.

At the meeting, the committee invited residents to participate in a name contest for the new park with attending residents each receiving a small piece of paper to jot down name suggestions.

“What do you guys want to name the park? If we select your name, then you’ll win a gift card, so be creative with it,” Williams told the attendees. For example, Williams said “my kids picked ‘Williams Park 2,’ prompting laughs from the crowd. In Pawhuska, there is already a Williams Park along north Grandview.

In a recent flyer announcing the March 18 groundbreaking ceremony, the Village Committee announced the selected name will be Wakon Iron Park.

Board member Fawn Cheshewalla said there are also plans to add a parking lot (off Thunder Fear) to the new park with “12 spaces so that people coming to visit or bringing their children over to play in the park will not have to cross a roadway.”

The Pawhuska Village Committee holds its regular community meetings on the third Monday of each month, but meeting dates can be moved due to holidays or planned events held in the Wakon Iron building.