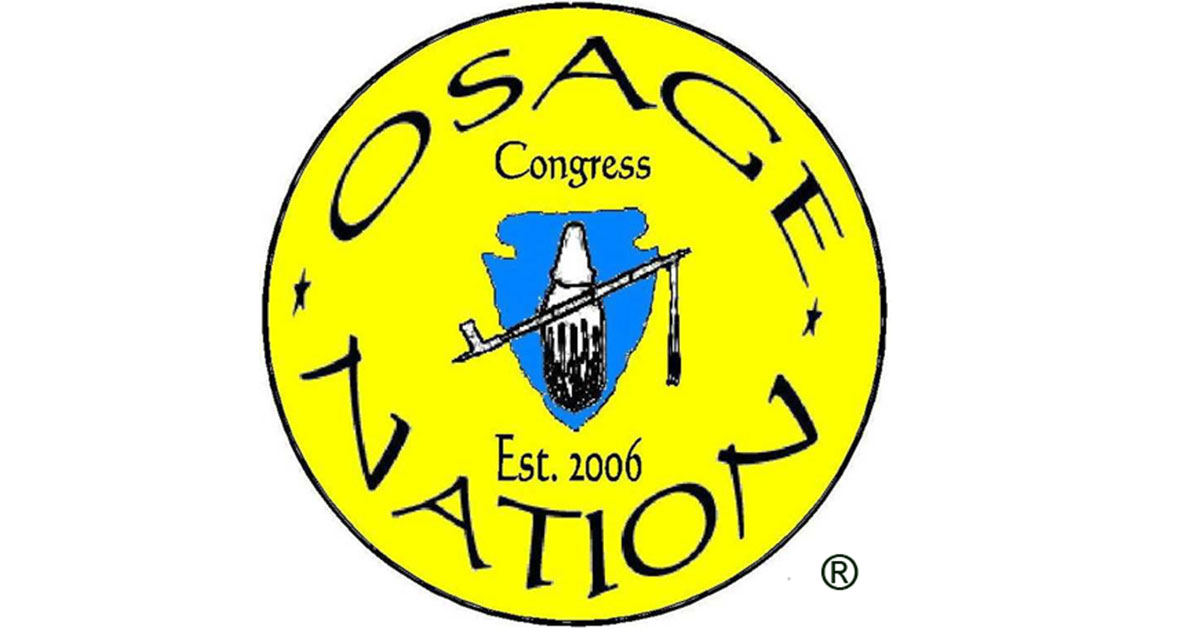 Day one of the 2019 Hun-Kah Session is March 25 and stretches across a 24-day span for the Sixth Osage Nation Congress.

Congress sessions and Congressional committee meetings will be held in the ON Capitol Building along Pawhuska’s Main Street with sessions usually starting at 10 a.m. Committee meetings are scheduled throughout the day when sessions are adjourned or recessed.

As of March 25, several pieces of legislation are on file for consideration throughout the regularly-held Hun-Kah Session. Those filed bills and resolutions are available on the Legislative Branch’s website at www.osagenation-nsn.gov/who-we-are/legislative-branch

Filed legislative bills and resolutions for consideration include:

- ONCA 19-06 (sponsored by Congressman Joe Tillman), which is an act “to create the Osage Nation Tax Advisory Board to advise the Executive and Legislative Branches on taxation.”

- ONCA 19-07 (Congresswoman Shannon Edwards) is an act titled the “Osage Nation Merit Based Employment System Act” to include new sections of Osage law to clarify the law is intended to satisfy the Osage Constitutional mandates for the Congress to establish a merit-principled system of employment and to authorize the Nation’s Human Resources Department to implement the system, which includes a grievance procedure and exhaustion requirement before seeking review in tribal court.

- ONCA 19-08 (Tillman) seeks to amend the Nation’s competitive bidding act by amending the definition of a “governmental agency,” which would remove the Nations’ Bluestem Ranch LLC and its board from the definition if passed. The current law defines a government agency as any government department, component or instrumentality of the Osage Nation government; including any tribally incorporated limited liability companies and tribal or nontribal subsidiary limited liability companies.

- ONCA 19-09 (Congresswoman Paula Stabler) seeks to appropriate $523,659 to the ON Counseling Center for its Medication Assisted Treatment Program.

- ONCA 19-10 (Edwards) is a bill to establish family medical leave in law for ON government full-time employees.

- ONCA 19-11 (Edwards) is a bill seeking to amend the Nation’s Workforce Pay for Performance Act to authorize base pay adjustments and merit recognition for ON government employees.

- ONCA 19-12 (Edwards) is a bill seeking to establish a fund for a home loan and down payment assistance for first-time homebuyers to all enrolled Osages.

- ONCA 19-13 (Congresswoman Alice Goodfox) is an act “to grant limited authority for the Principal Chief of the Osage Nation to waive sovereign immunity for specific purposes.” According to the bill, the law seeks to grant the authority for the Principal Chief to waive the Nation’s sovereign immunity for the limited purpose of executing legally binding contracts, which include non-disclosure agreements, confidentiality agreements and proprietary information agreements.

- ONCA 19-14 (Congressman Eli Potts) is a bill to amend the Nation’s membership act to make the number of days for temporary membership consistent.

- ONCA 19-15 (Potts) is a bill to authorize the Osage News to host and conduct fair and unbiased debates prior to Osage Nation elections.

Potts is also sponsoring three identical bills (ONCA 19-17, 19-18, 19-19) to establish respective revolving funds for the Grayhorse, Hominy and Pawhuska village committees. The Nation’s revolving funds are not subject to fiscal year limitations and expenditures out of the fund are directed by each respective village committee to cover village operating costs, equipment purchases and improvement, repairs and maintenance for community facilities and property in the villages.

- ONCA 19-20 (Congresswoman Angela Pratt) also seeks to amend the competitive bidding act to remove the Nation’s Gaming Enterprise Board and Osage Casinos from the current definition of “government agency.”

- ONCA 19-21 (Pratt) is an act to appropriate $83,076 to the Nation’s Capital Asset and Improvement Fund for Wildland Fire Management equipment purchases.

- ONCA 19-23 (Congresswoman Maria Whitehorn) seeks to amend the Nation’s treasury law and to authorize the Congress to appoint one person to the proposed investment committee. According to the bill, the investment committee would, if passed, comprise the Treasurer as chair and two qualified professionals with one member appointed by the Principal Chief and the other named by motion and affirmative vote of the Congress. The proposed committee would be charged with implementing the Nation’s financial management plan and investment strategy.

- ONCA 19-24 (Whitehorn) is an amendment to the Nation’s Permanent Fund Act to make the investment language consistent with the Treasury law.

- ONCR 19-02 (Goodfox) is a resolution to authorize a limited waiver of sovereign immunity from suit and consent to jurisdiction to travel company Expedia and its owned affiliates. In February, Osage Casino management said it was in discussions with Expedia to extend Osage Casino hotel guest room booking services to Expedia and its affiliated travel websites, which would require a limited waiver of sovereign immunity for the agreement.