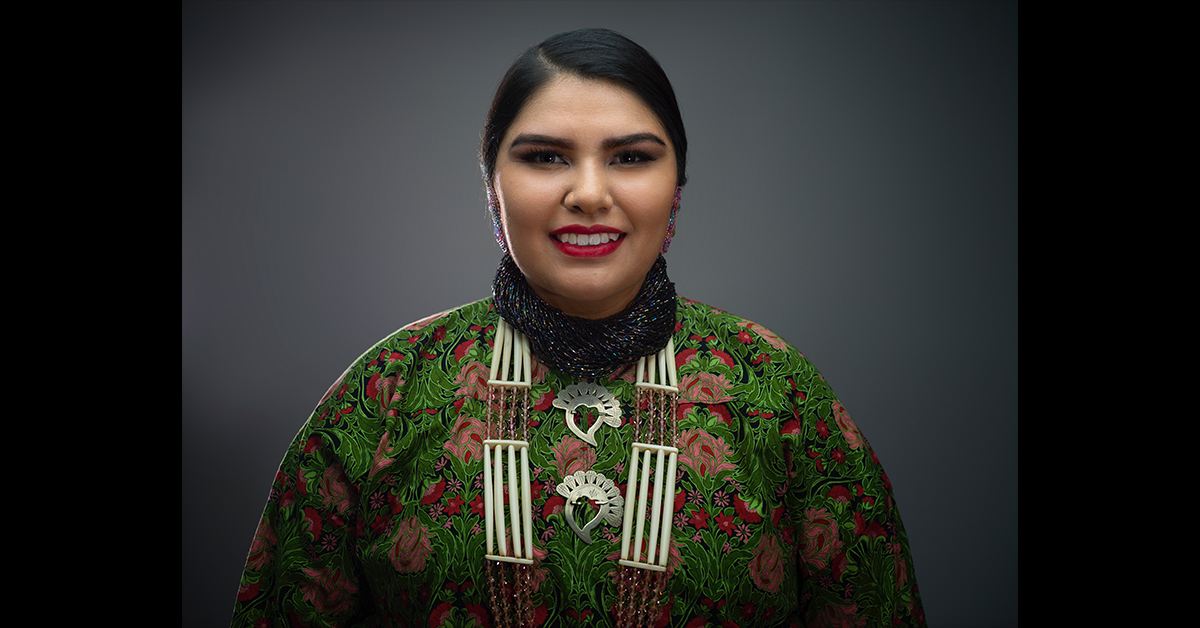 Katelynn Pipestem, junior at Oklahoma State University, was recently given an Honorable Mention by the American Indian Graduate Center in its Student of the Year honors.

Pipestem, Osage, Otoe-Missouria, Cheyenne, Zia-Pueblo, and Potawatomie, has been actively involved with research as an undergraduate research assistant since her freshman year in fall 2016, according to a prepared release.

“As a student here at Oklahoma State, I’ve become interested in suicide risk and protective factors. I’ve been a research assistant for the Suicide Risk and Resilience Lab on campus for almost two years,” she said in the release. “With the help of other graduate students and my lab advisor, I have presented three posters on American Indian populations and concepts of suicide.

“As a researcher, I’ve been able to put my focus on my people and contribute to the existing literature of suicide. I feel like this has been one way that I’ve been able to help my community and other Native communities that I may not be a part of. I hope that I can continue to investigate why Native people have high rates of suicide to further support suicide prevention protocols.”

Pipestem is majoring in psychology and has an interest in becoming a clinical psychologist after finishing her bachelor’s degree, she said. Her time spent at college has been focused on gaining research experience in the lab for Suicide Risk and Resilience.

“It’s been my passion to promote suicide prevention and advocate for our people. I hope to inspire other Native youth in this way,” she said.

Pipestem is from the Grayhorse District and is originally from Skiatook, Oklahoma. She is the daughter of Rock Pipestem and the granddaughter of Browning and Sharon Pipestem.