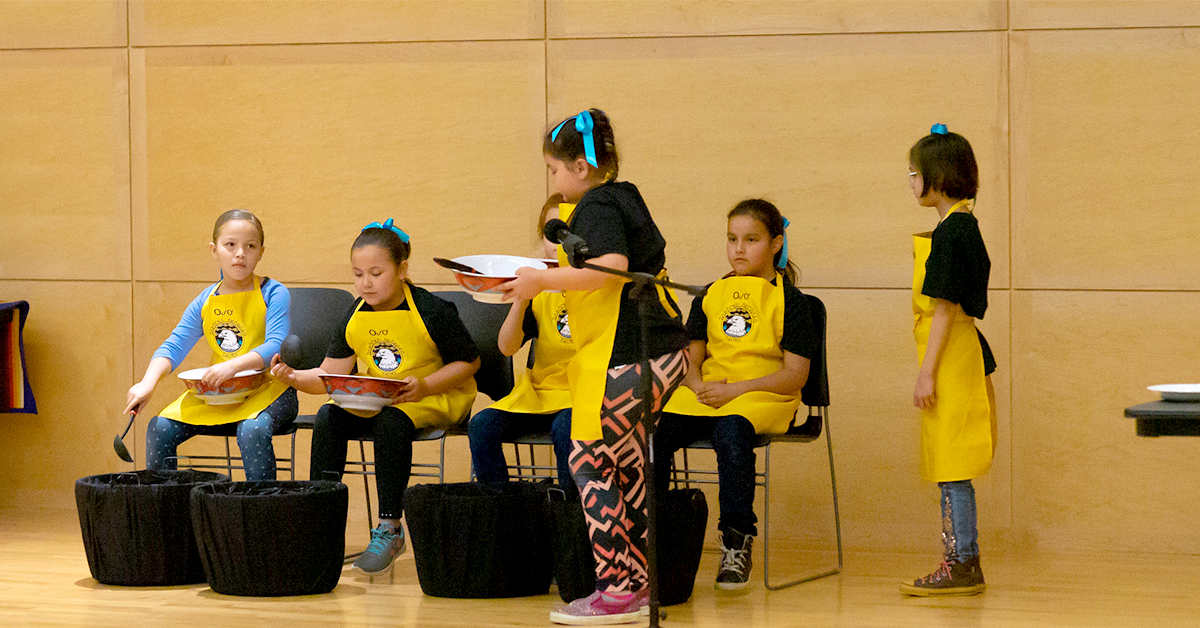 Add Osage to the list of languages into which the “Baby Shark” has been translated.

As part of the 2019 Oklahoma Native American Youth Language Fair, the kindergarten students from Daposka Ahnkodapi performed the viral hit in Osage, earning third place for their work.

Daposka Ahnkodapi teacher Chris Cote admitted afterward that the students’ song was not exactly an exact translation into Osage – think closer to “baby fish” – but that did not bother his charges.

“It’s not designed for an Indigenous language,” he said. “But that’s alright. Those kids loved it.”

Launched in 2003, the two-day event at the Sam Noble Museum of Natural History includes four age divisions and 12 categories, including modern song, traditional song, spoken poetry, skit, spoken prayer and essay. Over the years, the event has grown from about 200 participants to more than 1,300.

Held April 1-2, the 2019 theme was “Growing in my language.” A panel of Indigenous elders, speakers and educators judged the entries, with emphasis placed on fluency, language use and for the performance categories, stage presence.

Among the Osage students earning accolades was Stella Seagraves. A senior at Edmond Memorial High School, Seagraves entered at the urging of her school district’s Indian Education adviser, Synda Yellowfish, and won the high school division’s essay contest and presented her piece during the opening ceremonies on April 2.

A current participant in the tribe’s language program, Seagraves took Osage language classes as a child, but took an extended hiatus due to schedule conflicts, something she says she regrets. Citing her grandfather’s English-only boarding school experiences, Seagraves wrote her essay about how the intricacies of the Osage language have helped her grow both as a person and as a citizen of the Osage Nation.

“I wanted to include how important it is to learn the language,” Seagraves said. “It’s important to remember how we got here and to honor the (boarding school) survivors. For me, it’s a way to pay homage to my ancestors.

“In my essay, one of the major things I wrote about … is that I don’t have the same activities going on as Osages in say, Pawhuska or Hominy. Being able to participate in language classes has helped me feel more connected to my Osage heritage. By blood, I’m Osage, but there’s a big difference between just being Osage by blood and being culturally Osage. Learning the language has helped me bridge that gap.”

The awards were not limited to high school students. Alex and Emmary Elizando finished first and second respectively in the middle school division’s individual spoken prayer category. The pair live in El Reno and take classes through the Osage Nation’s language department.

For Cote, the students’ successes serve as validation of the immersion school’s efforts.

‘To me, it means a lot,” he said. “Just to see them thrive in it, it shows that our work is starting to pay off. We take a lot of time and dedication to teach the kids, so to see them hold on to what we taught them … it’s pleasing.”

2nd Place Emmary Elizondo “I Pray Every day in Osage”