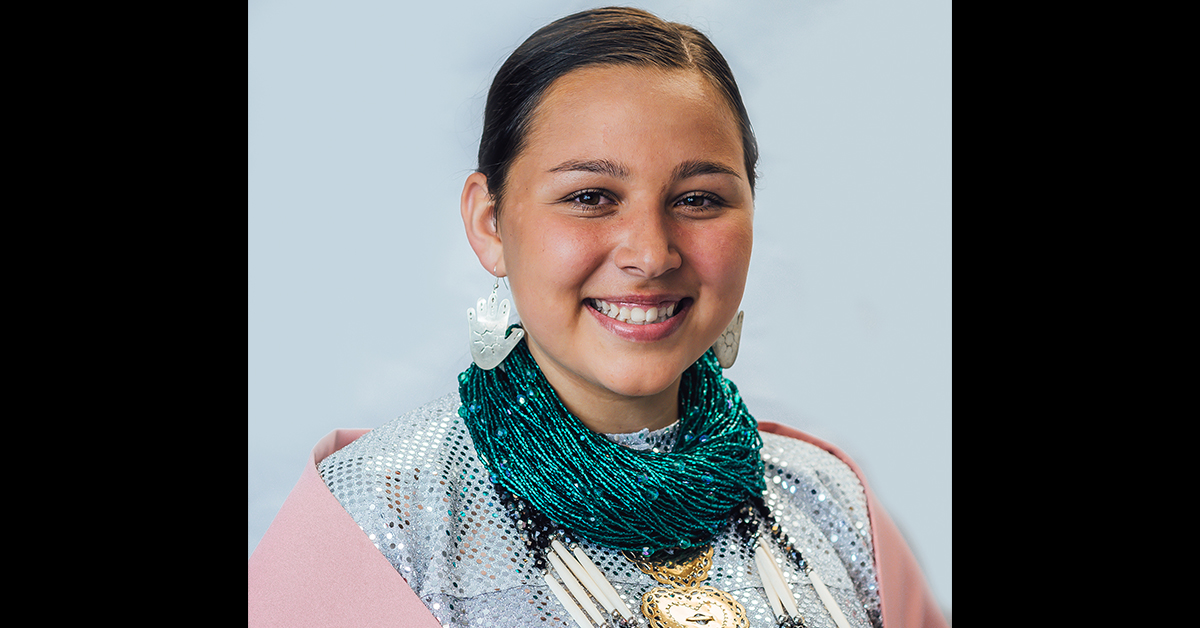 A new Osage Nation Princess has been selected for the 2019-2020 year and it is Leigha Easley of Pawhuska.

She will be crowned on May 20, 6 p.m. at the Osage Nation Civic Center in Pawhuska.

“I selected Leigha because she is very active in her community. She is a good student, she comes from a good Osage family and they are familiar with the traditions of the Osage Princess since her great-grandmother Anita West was also an Osage Princess,” said Chalene Toehay-Tartsah, Osage Nation Princess director. “I feel confident she will serve as a good ambassador for the Osage Nation.”

Leigha, Osage/Ponca/Sioux, is the daughter of Michael D. Easley and Jessica Smith. Her Osage name is Mi-tsa-xi (Oldest Daughter) which she was given by Principal Chief Geoffrey Standing Bear. She is a member of the Bear Clan and is from the Waxakolin District of the Inlonshka.

Leigha is currently a Sophomore at Pawhuska High School where she is an exceptional student (3.4 GPA), plays varsity soccer and is active in Key Club. She is also a mat maid for the wrestling team and a manager for the softball team. In her free time, she enjoys spending time with her family including siblings, Trevor, Holden, Connor and Madison.

Her great-grandmother, Anita West, was the 1955-1959 Osage Tribal Princess and would be so excited that Leigha is being given this honor, said Leigha’s grandmother, Michelle Spotted Bear Hyatt.