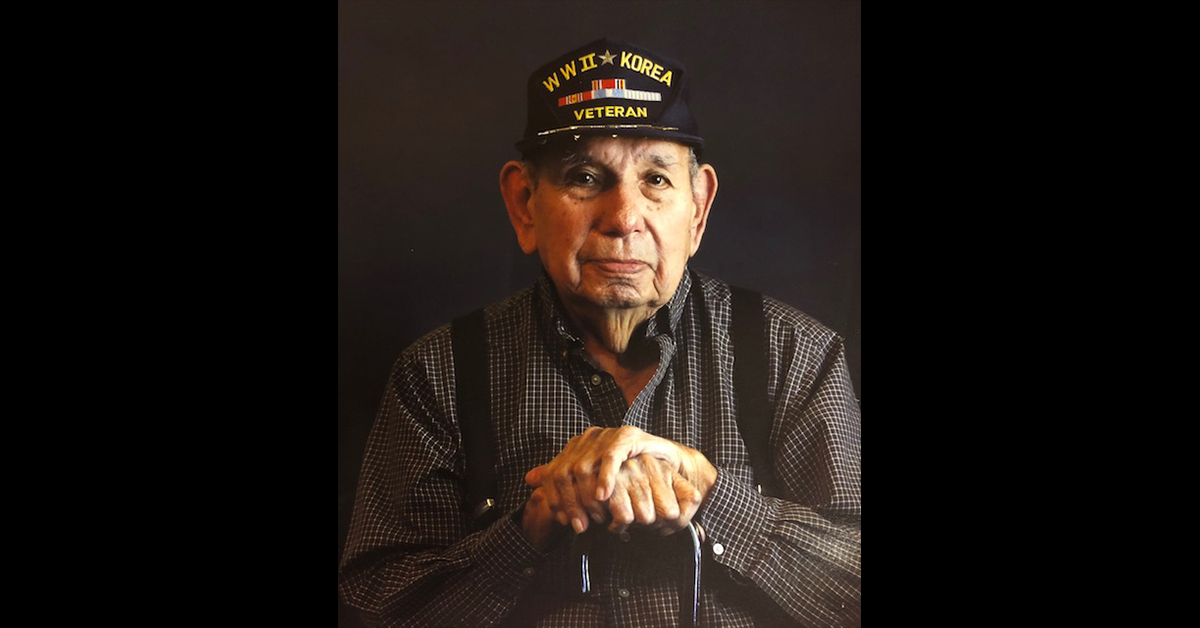 Richard entered the heavenly kingdom on May 10, 2019, in Tulsa, Oklahoma, surrounded by his loving family. He was born to the late Nettie (White) Luttrell and Homer Luttrell on December 26, 1926 in Hominy, Oklahoma. He was a direct descendant of the Claremore and Whitehair families who settled in Hominy and Pawhuska when they moved from Kansas. Richard was a member of the Sun Carrier Clan and his Osage name is, PA.HU.THAd.Lin, meaning Pretty Hair.

When Richard was young, he would ride his horse, Buster, from Hominy to Grayhorse. His love and knowledge of horses led him to the Oklahoma Military Academy where he graduated with honors in the Military Horse Calvary and the Honor Mounted T.

Richard entered the US Army during World War II, as a Private of Infantry where he received basic training as a rifleman and qualified. He was then accepted for Officer’s Candidate School and graduated from Ft. Benning, Georgia, R2 Infantry School. Richard was then assigned to several Posts including Small Arms where he was an Infantry Tactics Instructor and later discharged from Ft. Bragg, North Carolina.

In 1947, Richard came back home to Hominy and married Carmalita Webb and had their first child, Allison. He then entered the National Guard and was immediately deployed to Korea.

Throughout his two hitches-World War II and Korea, Richard was fortunate to be placed in various military schools where he became proficient in infantry, artillery, anti-aircraft airborne, amphibious, heavy weapons, and guided missiles.

Richard is privileged and honored to have served with:

Richard was discharged from the army with 12 years of active service as CPT Infantry US Army.

In 1959, the Luttrell family relocated to Denver, Colorado. Richard enjoyed hunting, fishing, and camping in the mountains. He created and managed his own outfitters company and became the first commercial river-rafting company on the Colorado River.

Richard and Carmalita retired to their home place in Hominy, OK where he quickly became involved in helping his Osage community. He developed a drug prevention program called “Yes I Can” for the Osage Indian Housing Communities that encouraged the youth to never give up on achieving their dreams. Richard was honored by many organizations for his veteran and community service. In 2011, he was an honoree for the Red Ribbon Celebration and in 2012 by the Grayhorse War Mothers Soldier Dance. In 2016, the Oklahoma National Guard, 160th Infantry Battalion, inducted him into the Order of St. Maurice, Patron Saint of the infantry; a highlight of his life he cherished. Most recently, the 10th Annual AARP Oklahoma Indian Elder Honors.

“I’m half Osage and I’m half Irish, I’m a warrior and fighter”- Richard Luttrell Sr.