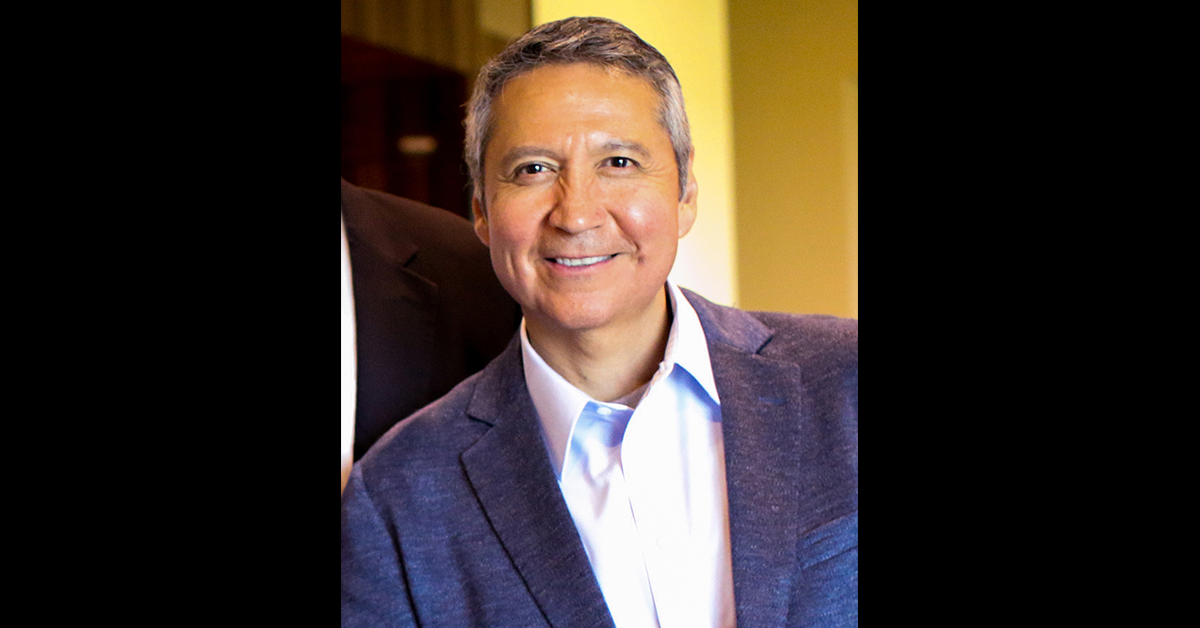 Photo caption: Vince Logan has been named as the CFO and CIO of the Native American Agriculture Fund. SHANNON SHAW DUTY/Osage News

A former financial adviser to tribal nations, Osage Nation citizen Vince Logan is the first person to admit he does not have a background in agriculture.

However, an old friend of his does, thus opening the door for him to join the Native American Agriculture Fund as its new chief financial officer and chief investment officer.

“I was looking for something really meaningful to do with my career when (NAAF executive director) Janie (Hipp) gave me a call and asked me to come aboard,” he said.

The Native American Agriculture Fund was formed as part of the multi-million dollar settlement of a class action lawsuit against the United States Department of Agriculture.

Hipp, its executive director, is also the founding director of the University of Arkansas’ Indigenous Food and Agriculture Initiative and was the senior tribal adviser to former Secretary of Agriculture Tom Vilsack.

Settled in 2010, Keepseagle v. Vilsack was initially filed in 1999 by a group of Native American farmers who claimed the USDA discriminated against them while applying for farm loans. With claims dating back to 1981, some were denied loans that were given to white farmers with similar histories while others received loans but received little, if any service, in the process.

Between two rounds of negotiations, the settlement included a $680 million compensation fund, an additional $80 million in debt relief and $38 million in “fast track” grants to organizations that support Indigenous farmers and ranchers.

In 2018, a federal court directed that the settlement’s remaining $266 million be disbursed through the newly created Native American Agricultural Fund.  Over the course of the next 20 years, the trust will award grants from that settlement money to non-profit organizations, tribal governments, educational organizations and other entities that provide business assistance, agricultural education, technical support, and advocacy services for the Indigenous farming and ranching community.

“Our organization focuses on the needs of Native farmers and ranchers, and the Native food systems and agriculture economic development goals of their communities,” Hipp said. “We are confident that Vince Logan will help us accomplish these intertwined and critical missions.”

Prior to his position with NAAF, Logan served as a senior advisor at Permanens Capital L.P. in New York, an institutional investment manager offering investment solutions for foundations, endowments, high net worth families and sovereign wealth clients. He also previously led the Office of the Special Trustee during President Barack Obama’s administration.

As Logan pointed out, his previous positions were with well-established entities. Although it already has the cash flow established, his new employer is technically a start-up, which presents a new set of challenges and opportunities.

In addition to drafting policies and developing the trust’s infrastructure from the ground up, Logan will be responsible for overseeing the finance department and managing the trust’s multi-million dollar investment portfolio.

“When I was nominated and confirmed to lead the Office of the Special Trustee, my office the day I arrived had policies, procedures, handbooks all loaded in binders and people on staff who knew all this stuff backwards and forwards,” he said. “When I walked into my office at NAAF, there weren’t even bookshelves yet. It all has to be built – literally and figuratively. We’re in the process of drafting, discussing, and debating proposed policies on pretty much everything from human resources to investing to grants.

“This is an exciting and monumental task.”