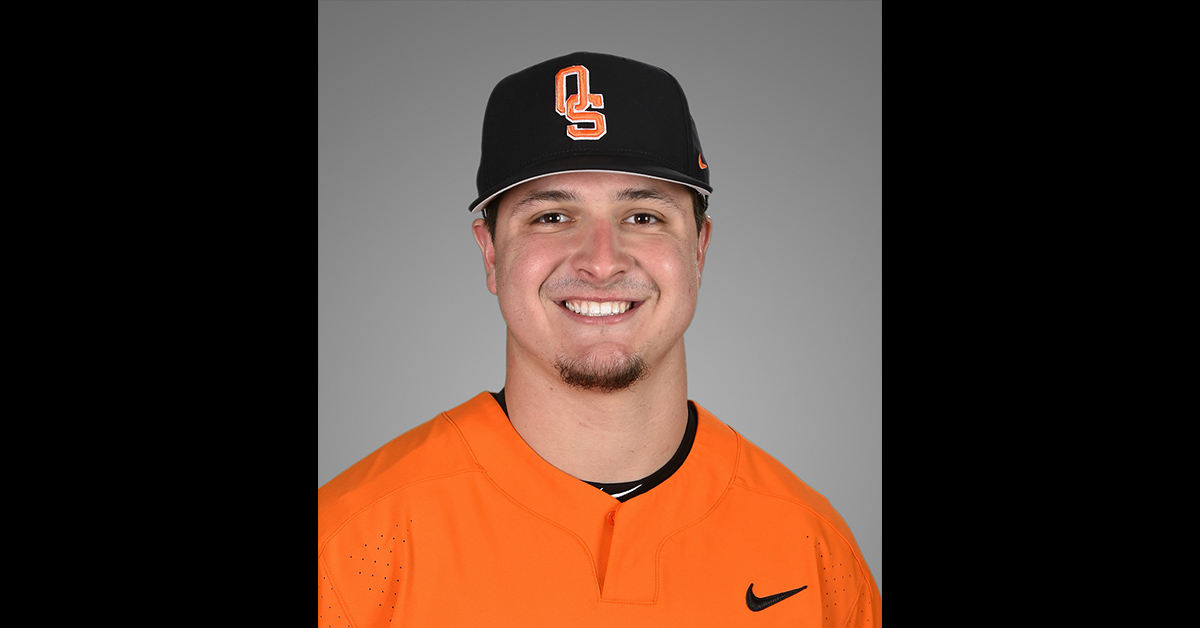 Photo caption: Trevor Boone, a member of the Pawhuska District, is a first team selection for the Big 12 Conference for the OSU Cowboys. Courtesy Photo/OSU Athletics

STILLWATER — As the regular season draws to a close for college baseball teams, an Osage slugger is picking up some accolades.

On May 21, the Big 12 Conference announced the coaches’ selections for the all conference baseball teams. Among the honorees was Osage Nation citizen Trevor Boone, who was the lone first team selection from Oklahoma State University.

The right handed junior from Tulsa has hit a Big 12-best 18 home runs to go along with a .297 batting average. He leads the Cowboys with 46 runs batted in and 17 multi-hit games. Boone's .674 slugging percentage is first in the conference, and he ranks second in total bases with 118.

Boone found out about the news by walking into the locker room and being congratulated by his teammates and coaches, prompting a quick social media check to figure out exactly what was going on.

“I looked on Twitter and there it was,” he said. “It’s just an honor.”

The Cowboys finished the regular season with a 33-17 overall record. With their regular season finale against Baylor rained out, OSU opened the Big 12 Tournament in Oklahoma City at the Chickasaw Bricktown Ballpark on May 22. As the third seed going into the tournament they defeated No. 6 seed TCU with a 5-2 victory, with Boone adding a home run. Winners of seven of their last eight games going into the conference tournament, the Cowboys hope to host a regional tournament at Allie P. Reynolds Stadium at the end of the month.

“The chemistry on this team is unreal,” he said. “We’re just trying to go one pitch at a time while staying together and staying positive.”

A member of the Pawhuska District, Boone is the son of Gayla Carnagey. His younger sister, Rylie, has signed a letter of intent to play softball at the University of Oklahoma, thus making their house a divided one come fall.

“My mom said she’d wear black during Bedlam,” he said with a chuckle. “It’s a neutral color, or so she said.”