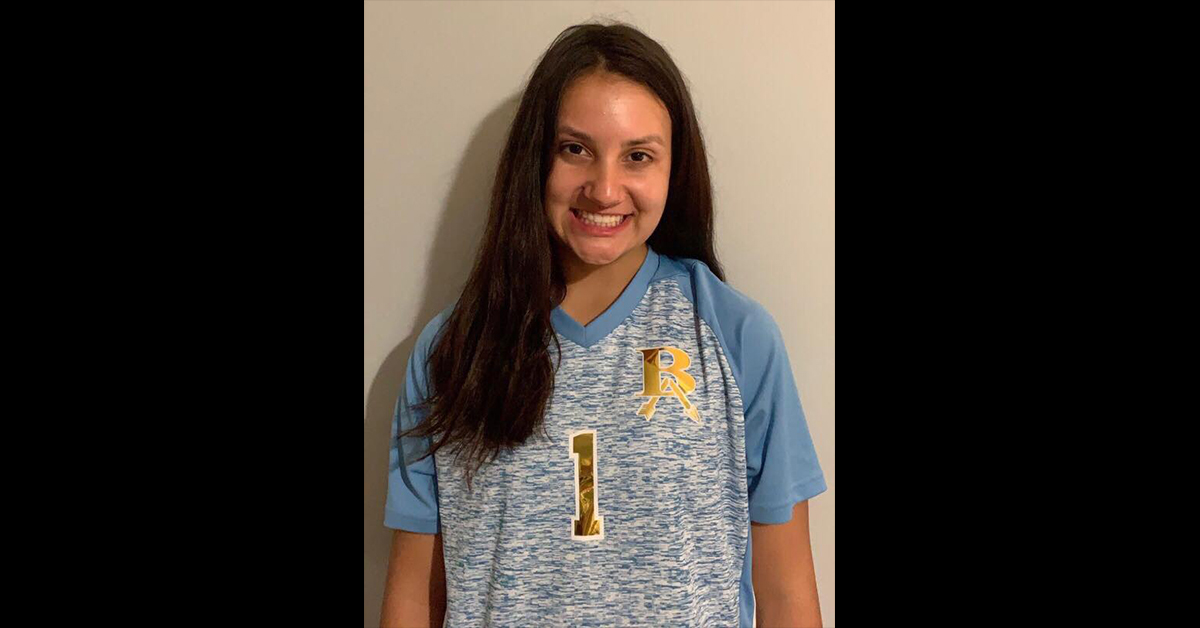 Peyton Pearson, a goalkeeper for the Broken Arrow Tigers, is a 2019 Allstate All-American.

She was named to the inaugural team on May 7 that recognizes 250 players, with 80 to compete in the first-ever Allstate Cup this summer. The Allstate All-American honor is in recognition of the top high school soccer players in the country for their on-field achievements.

“To be named an All-American I think is pretty cool. Because I’m from Oklahoma and I’m the only person from Oklahoma to get it, and it’s their inaugural year,” Pearson said in an interview with Arrow Vision, a program of Broken Arrow Public Schools. “I’m one of the first people to get it – in the country.”

According to MaxPreps.com, Pearson is ranked 26th in the country and 3rd in Oklahoma. She is one of only 125 girls in the country to be selected. The top 80 players – 40 male and 40 female – will be selected to play in the Allstate Cup games on July 31 in Orlando.

Both games will be hosted on July 31, with the boys' match kicking off at 12 p.m. ET and the girls' match following at 2 p.m. ET. The games will be aired live exclusively on ESPNU and via the ESPN app. The 80 All-Americans who participate in the Allstate Cup will also be honored on the field during halftime of the 2019 MLS All-Star Game presented by Target, according to a MaxPreps.com release.

“She’s really gained a lot of confidence in herself and it exudes and shows to the girls on the field and they follow in her footsteps,” said Kasey Counts, Broken Arrow Girls Soccer Coach, in an interview with Arrow Vision.

“She’s definitely one of the top goalkeepers I’ve ever coached,” she said.

According to the release, four soccer legends will be coaching the teams at the Allstate Cup. Former U.S. women's national team standouts and Olympic gold medalists Julie Foudy and Brandi Chastain will join former Major League Soccer and U.S. men's national team members Taylor Twellman and Brian McBride to coach and mentor these talented high school players, according to the release.

Peyton and her sister Presli, who plays forward for the Tigers, have verbally committed to play soccer at Kansas State University upon graduation. They just finished their junior year at Broken Arrow High School. Their parents are Kimberly (Revard) Pearson and Scott Pearson and they are from the Grayhorse District. They are the granddaughters of former Osage Nation Congressman Doug Revard.